The Rava Group : the last "wilderness" area of the Alps

the RAVA Group is in the eastern side of Lagorai and its borders are :
- to the North the high Val Cia
- to the West the Passo 5 Croci and Val Campelle
- to the South the Valsugana and Forcella Brentana
- to the East the Val Malene and the Val Sorgazza
The highest summit of this group is Cima Trento (2529m) while the Cimon Rava (2436m) is the best known. 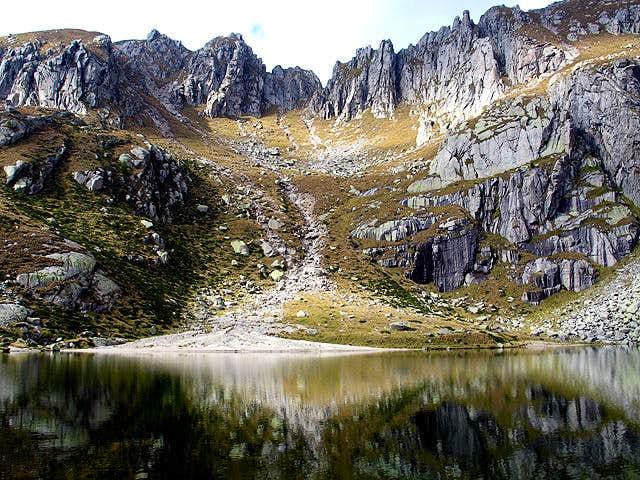 The rugged ridges of this group emphasize this wild and almost unknown area of Lagorai group.
Its reliefs are rough and broken by steep spires and channels and its granitic rocks are often ploughed by innumerable streams making torrents and small lakes.
A simple hike here can become an adventure in an uncontaminated, solitary, full of silence and seclusion environment, these places can stand comparison with the boundless spaces of the Big American North and one can spent days in a full immersion in nature.

Geology
The crystalline isle going from Cima d'Asta to Rava Group is made of granitic rock, full of big dark slabs.
The fine lakes embanked in these rocks give a sweet and gentle looking to this austere and grave scenery.
During the First World War the ridges became strongholdsm, so that many military structures, trenches, observation posts are still visible 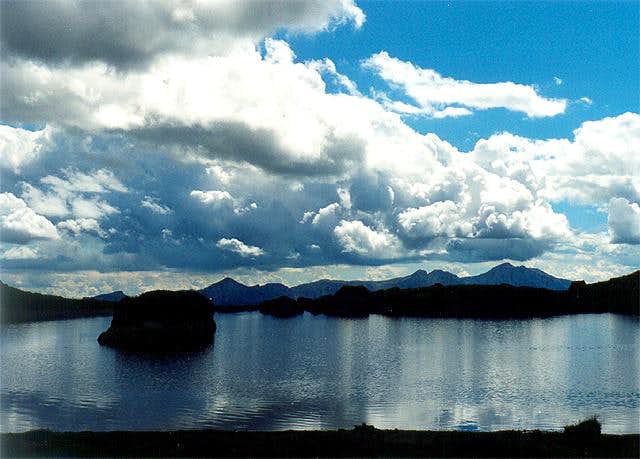 A simple hike to understand ...
From Rifugio Spiado ( Valsugana)(1270m) along a forestal road and the path 365, penetrating in the larches hood, till the small bridge on Rio Gallina.
From here along the path 332, crossing the green valley of Rava, in background you can see the Cresta Ravetta and the Cima Caldenave.
Turn on the right along the path 366 leading to Malga Rava di Sopra and Lago di Mezzo (Middle Lake) (2030m)
Here you must leave the green pastures for the rocky and severe landscape of the Rava range to get the Lago Grande (Big Lake) where the rocky giants of Cimon di Rava (2436m) and Cima Trento (2529m) grow up.

from Pieve Tesino ( Valsugana ) , Val Malene : till Malga Sorgazza (1450m), starting point of the path 328 leading to Lago di Costa Brunella (2021m) then Forcella Quarazza ( 2309m) wherefrom a seep grassy channel leads to the Forzelon di Rava (2397m) and in a few minutes to the summit

By car
- From Trento - after the highway way out, go along the SS47 of Valsugana toward Bassano till Villagnedo (40km) then on the left, along the SP78 toward Altopiano di Tesino.
- From Bassano del Grappa - follow the SS47 of Vaalsugana till Villagnedo (50km) and follow as above said
By train
using the Valsugana railway (both from Trento or Bassano) - stations of Borgo Valsugana, Strigno or Ospedaletto.
By bus
from Trento and Borgo Valsugana.
Nearest airports Bolzano, Venezia e Verona 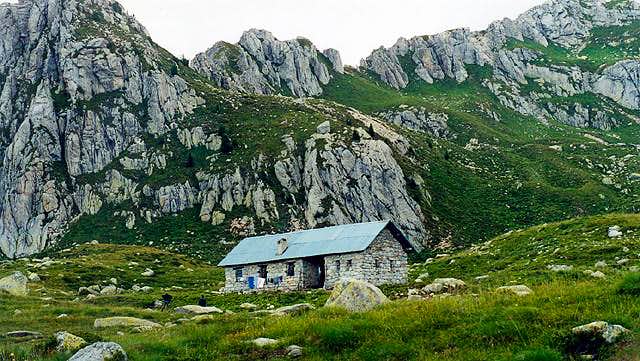