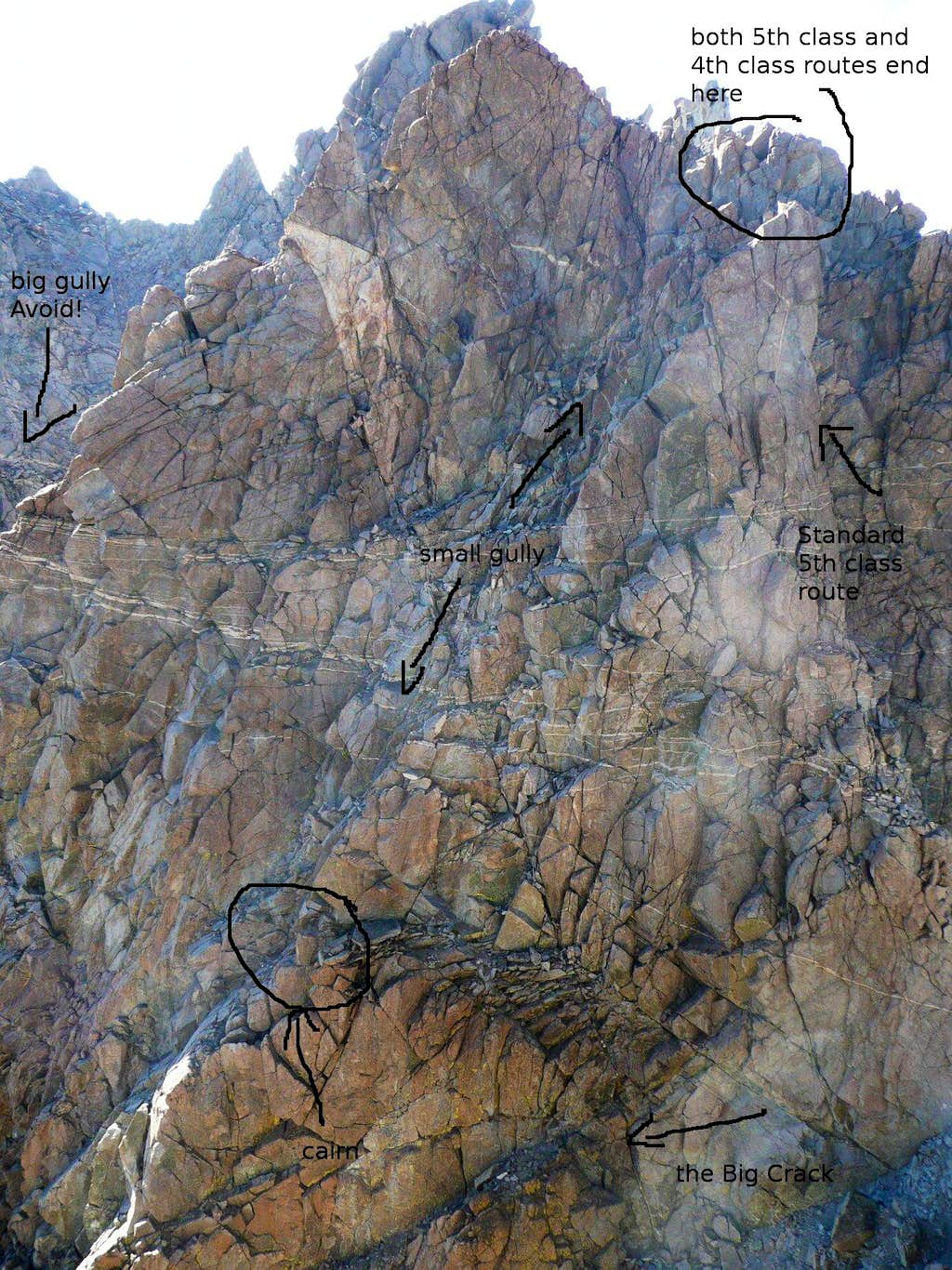 [this is the same as my photo "Clyde Variation", but from a different vantage point] I've failed twice at finding the 4th class Clyde Variation as I descended from North Pal to the U-Notch. But from the vantage of Polemonium, I think I found a route that matches Secor's description. Two key factors: (1) as you descend from North Pal, go to the edge of the notch and find a small chute there. Do NOT go down the huge, obvious gully. (2) as you come up from U-Notch to North Pal, you only need to descend for about 30 seconds to get to the base of the Clyde Variation. Secor says 140', and I think this is misleading. Here's what Secor says in his guidebook (for the U-Notch to North Pal direction): "Descend the SW side of The U Notch 120 feet to the base of a large crack that leads up to a ledge. Climb the wall to the right of the crack (40' of easy class 4) to the ledge and follow the ledge left, around an arete, and into the next chute north. Climb the chute (class 3) to the southeast arete of North Pal, meeting it right next to the top of the Chimney Variation. Follow the SE arete to the summit" Update, September 2009: I finally successfully descended the Clyde Variation without incident. Done correctly, it took less than five minutes. My earlier description here is indeed correct. Basically, the route starts and stops at almost the same place as the main chimney route, but takes a zig-zag instead of going straight up. I have to other beta photos: image 1, image 2
« PREV NEXT »

Although it is definitely possible to climb straight up to the "small gulley" from approximately the "Big Crack", the easiest way up is likely to walk over to the giant slab where the cairn used to be and then scramble around the corner into the gulley. I poked around for a while before figuring that out although your other full-route image implies it. Thanks for posting these images!

Glad you found it useful. You're definitely right, it's best to traverse to the flat rock where the cairn used to be, rather than go straight up. I never said that explicitly.