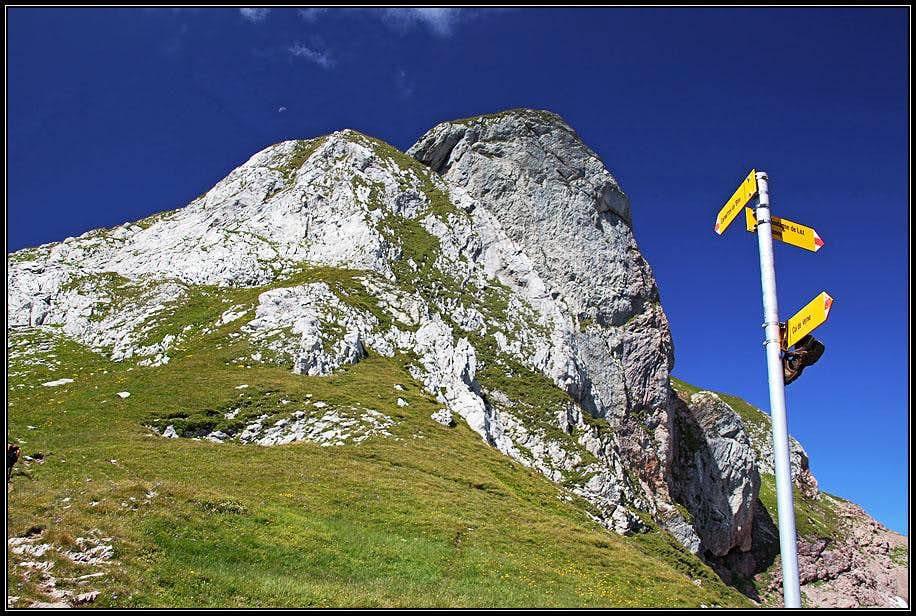 This is an important point on the East ridge of Cornettes de Bise. The saddle between the highest point (on the picture) and Rochers de Chaudin. The saddle is sometimes called Col de Chaudin and is 2250 m high. Here from the north, from Switzerland another marked path comes up. To the summit of Cornettes de Bise we have less than 200 meters of altitude to ascend. August 10th, 2012.
« PREV NEXT »