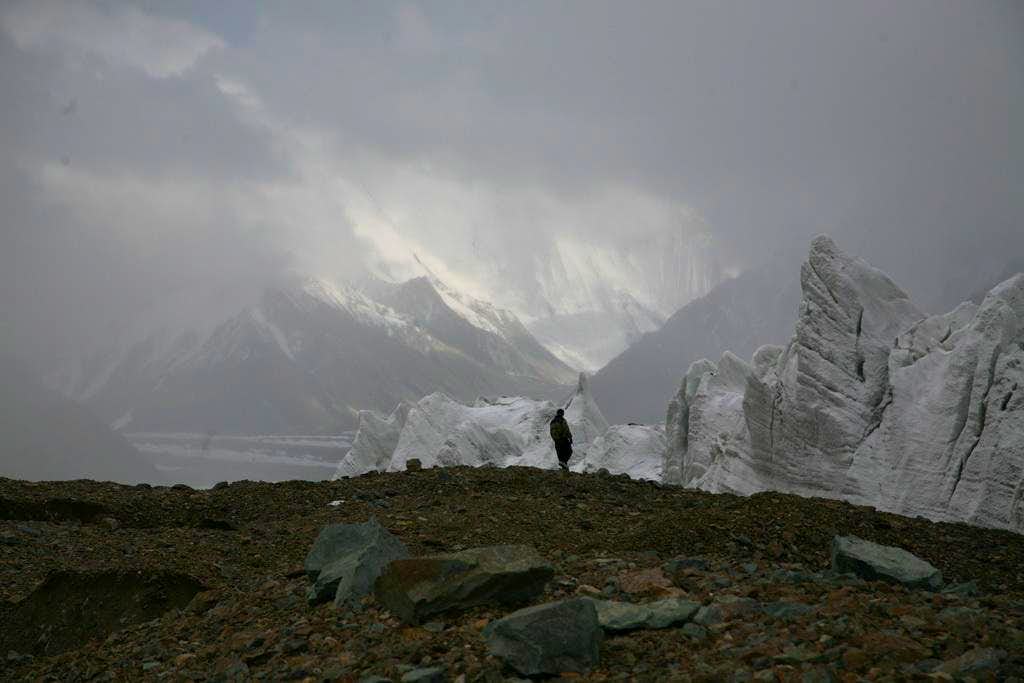 The Concordia, all around are giant ice clad mountains of 7000 and 8000m. Concordia is at the heart of Karakoram range, and the centre of a complex of some of the world's highest peaks and many of its largest glaciers. It is a location steeped in history, redolent of the adventurous, questing spirit that drove the earliest explorers and mountaineers to pursue their objectives whatever the hardship met: G.T.Vigne who first discovered the Karakoram System; Lt. Montgomerie and Godwin Austen who first identified and measured the distant peaks including K-1(Masherbrum) and K2; Younghusband , Conway, Jacot-Guillarmod; the Duke of Abruzzi accompanied by his splendid photographer, Vittorio Sella; Kenneth Mason of the Survey of India; the Duke of Spoleto and Professor Desio; Dr. Visser and his wife; Shipton, Tilman and Auden; and the baltis, Balti men, and balti Porters who carried and endured for they knew not what. All contributed to the unraveling and understanding of this great, awe-inspiring mountains system; many are commemorated in the name of glaciers. passes and peaks.
« PREV NEXT »

of the beautiful area! Thanks for sharing!