Cotopaxi, seen from the approach to the Ilinizas 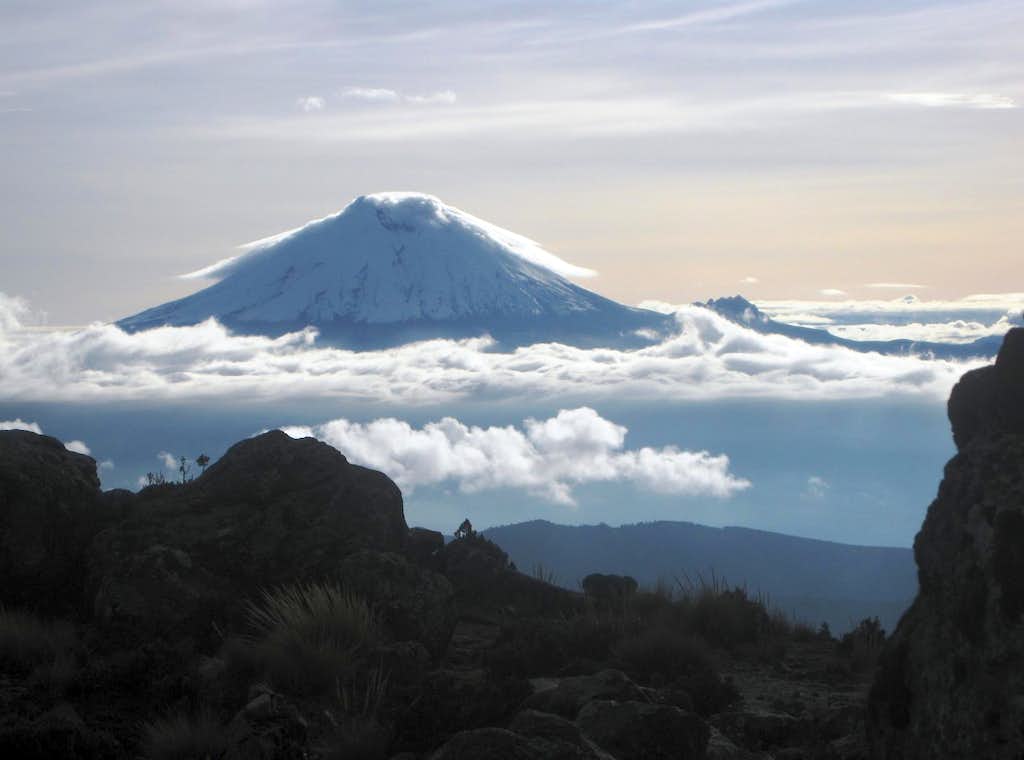 Thanks. The composition was my idea, the soft tone is due to the early morning light.

Thanks! What gave it away? Let me guess ... Morurcu?

We were completely socked in on Norte, got one 5 second glimpse. Cotopaxi was a different story. Never seen clouds move in and out as fast as they do down there.

Almost every day that I was in the area, the clouds moved in quite early on Cotopaxi. However, if you were out by dawn, you got a pretty good chance of seeing the mountains. On this particular day, we first had to ascend a bit to get above the clouds and then, looking back, I saw this.

A few hours later that same day, we climbed Iliniza Norte mostly in the clouds, with the occasional glimpse when it opened up a bit. I didn't even bother taking a picture on the summit.

Thanks. Me too, but I'm not objective ;)

For sure you have been blessed to see this sight with your own eyes. Cotopaxi blushes beneath heavenly clouds. Perfect. 10/10

Re: A celestial treat

Yes indeed, I felt very lucky to have this view.

Obstacles on the Ilinizas(Trip Report)