Looking at the Coast Range from Coxcomb Hill
Cowcomb Hill, home to the famous Astoria Column is not significant in terms of prominence (145 feet) or height (595 feet). However this summit is significant in that it is home to the famous Astoria Column a tall lookout tower that overlooks all of Astoria as well as Tillamook Head, Saddle Mountain, the Columbia River and the Pacific Ocean. Even from the base of the tower lies excellent views of the surrounding region. The hill is a drive-up, however there is an easy trail that comes up from the north from Irving Street and only requires 200 feet of elevation. 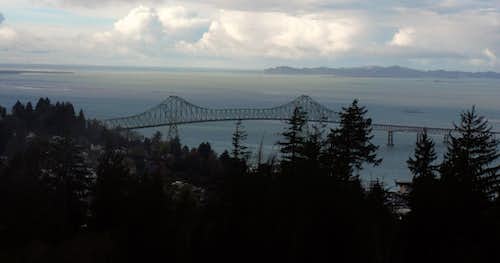 The bridge in better weather

Once you are at the base of the tower you must take a trip to the top of the observation tower. There are numerous stairs that are metal and a bit vertigo inducing that go to the top.  As long as you hold onto the rails and the stairs, you will be okay.  Keep in mind that it is straight up and there is a strong sense of being closed in.  However, keeping your eye on the prize of the top is the best way to go.  The view from the top is incredible. On the day I went, it was very misty. 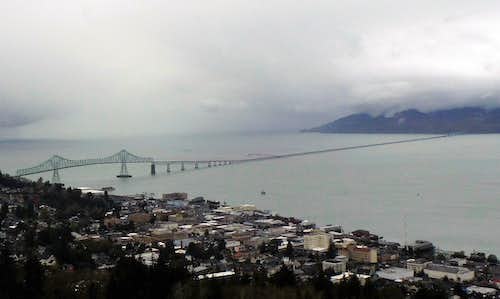 FROM MARINE DRIVE IN DOWNTOWN ASTORIA: Take 8th Street up the hill or south from the city. Make a left on Niagara Avenue and take it to 15th Street. Make a left on 15th Street and then an immediate right onto Coxcomb Drive. Head all the way to the parking area. 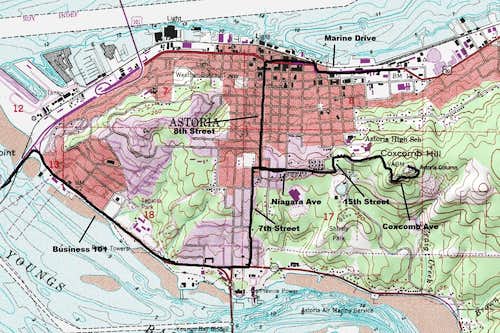 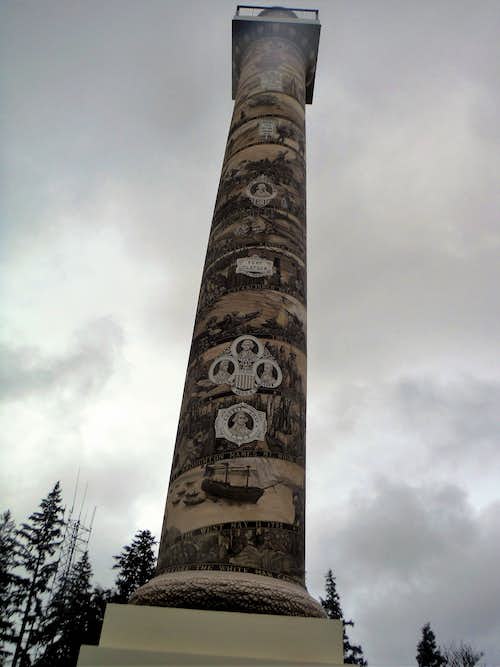 Astoria Column
Ralph Budd, the president of the Great Northern Railroad, had envisioned a large pole that would honor the great expeditions of Lewis and Clark through Astoria and wanted it specifically to be called, “Astoria Column” to honor everyone, not just the Astor family, so that is why he called it “Astoria Column” instead of “Astor Column”. The Column has undergone several renovations. So, when I say Ralph Budd wanted to honor everyone, he really wanted to honor the Native Americans and the Clatsop tribe, the great Chief Comcomly, and Captains Robert Gray,  William Clark and Meriweather Lewis.  As for the renovations, one has been in 2009 and one in 2015 and was unveiled in October of 2015 so EastKing and I made it just after it had been renovated and we did not know it! To get the Column built was another story, and really cool one.  Electus Litchfield, a local architect, got together with Ralph Budd and they had heard of Attiio Pusterla, and Italian immigrant specifically known for a technique in “sgraffito”,  which is a special technique in which mural scenes are constructed and put onto plaster.  First, the mural scenes are created by the artist and then transferred onto plaster through a painful and arduous process. 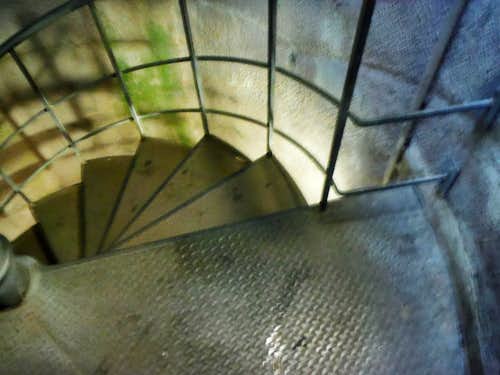 The Column dedication was scheduled on July 22nd of 1926, and many were worried that the project might not be completed by then.  The artwork was finished and on July 1st, Pusterla and his assistants began transcribing the images onto fresh plaster on the surface of the Column.  The Column you see now would not exists if it were not for the amazing process that Pusterla went through: He put his large completed drawings on the scaffold and then laid down a dark base coat.  Then, he placed the drawing into wet plaster, and then blew colored powder into the holes in each figure.  After that, and lifting the drawing away, he could then see the outlines.  With that, he finished the image with his own etchings of outlines and shadows and then added a lighter color of plaster over that to complete the finished product.  To see it in person is to know the amazing Astoria Column. To see a round tower depicting how the railroad merged with the Native Americans and the history of the Native Americans with Lewis and ON Clark is quite incredible. 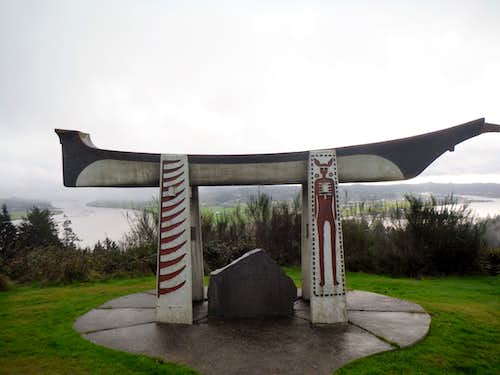 Monument dedicated to Native Americas of the region

There is a $2 parking pass required to park by the Column. This can be purchased at the gift shop near the Column. 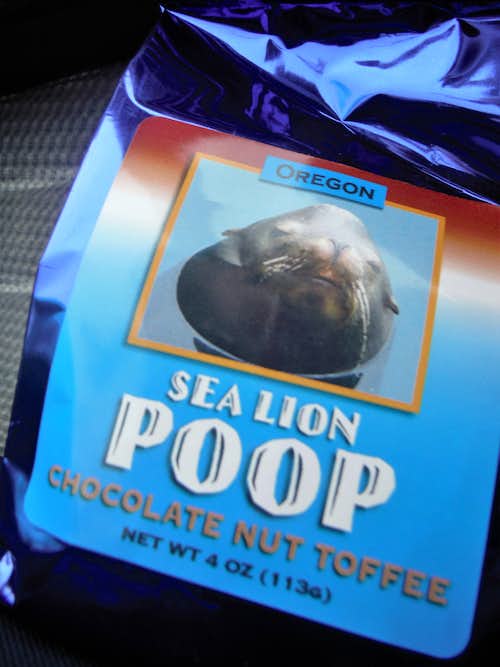 That is some good @#$%. You can purchase this at the gift shop.

You can come here any time of year, preferably on a sunny day so that you can see the great views.

Camping is prohibited! This is a city park and there are plenty of hotels in Astoria. The Motel 6 there even has an indoor pool and jacuzzi!.

The town of Astoria has a page on Astoria Column