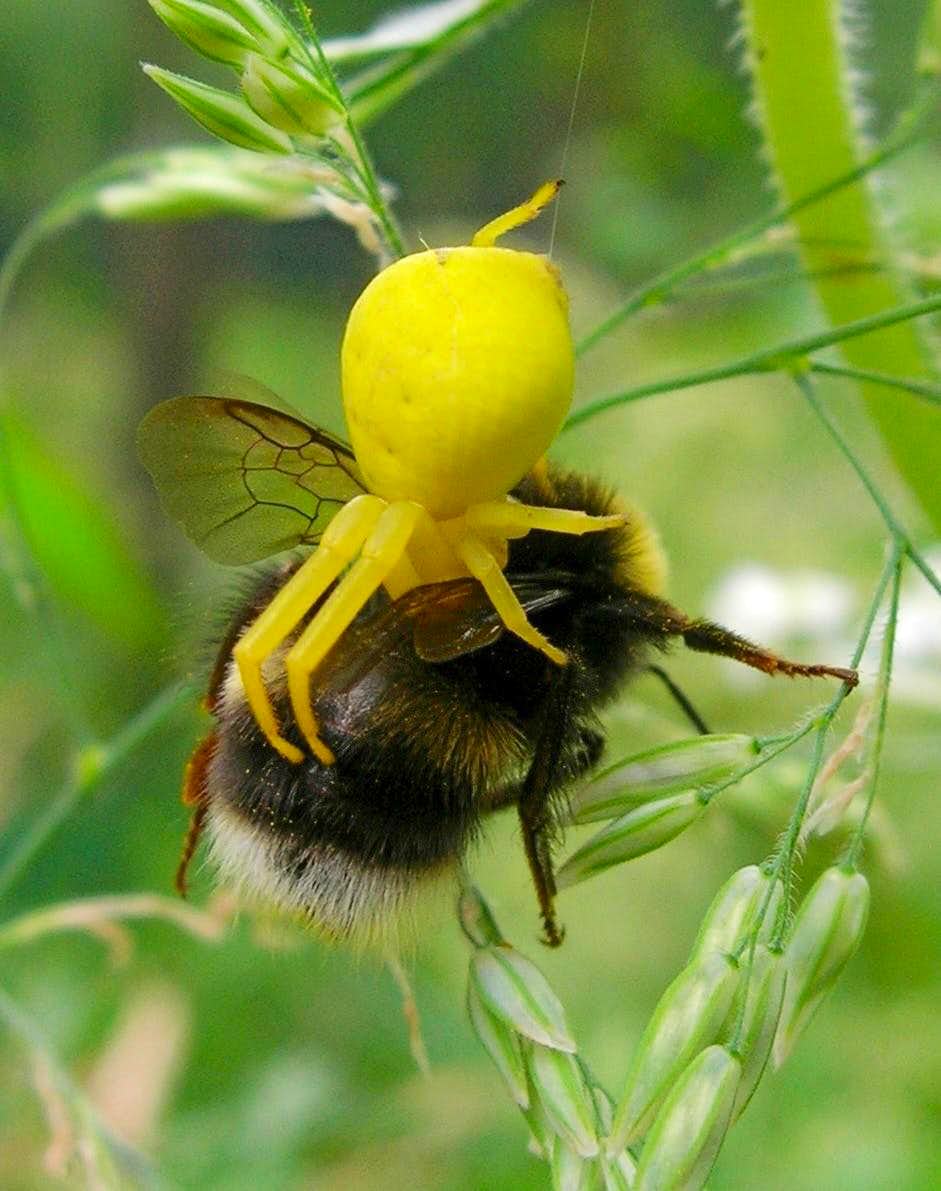 Goldenrod crab spider Misumena vatia is a species of crab spider with holarctic distribution. In North America, where it the largest and most well-known flower spider, it is called the Goldenrod crab spider, because it is commonly found hunting in Goldenrod sprays in the autumn. Females can grow up to 10mm (without legs), males reach 5mm at most. Young females in the early summer may be quite small and easily overlooked. These spiders may be yellow or white, depending on the flower in which they are hunting. Especially younger females, which may hunt on a variety of flowers such as daisies and sunflowers, may change color "at will" (aggressive mimicry). Older females require large amounts of relatively large prey to produce the best possible clutch of eggs. They are, therefore, in North America most commonly found in Goldenrod (Solidago sp.), a bright yellow flower which attracts large numbers of insects, especially in autumn. It is often very hard even for a searching human to recognize one of these spiders on a yellow flower. wikipedia
« PREV NEXT »

Normally, these kinds of things gross me out, but it drew my attention and is very interesting. Nice shot!

I see these kind of things as a bonus just as you do.

Great photo!! Right place at the right time (not the bumble bee!).

Wow, what timing on that picture. Great shot!

this shot is amazing.
you must be some kind of magician to make spiders and little insects look so beautiful...
;-)

He was still living when I took the picture. I presume he will not Bee anymore.

Congratulations! I missed this photo when it just appeared.
Vlad.

You show this with such clarity and action captured in a single moment. I love this photo!
-Mark

very beautiful work.
artistic and for the science.