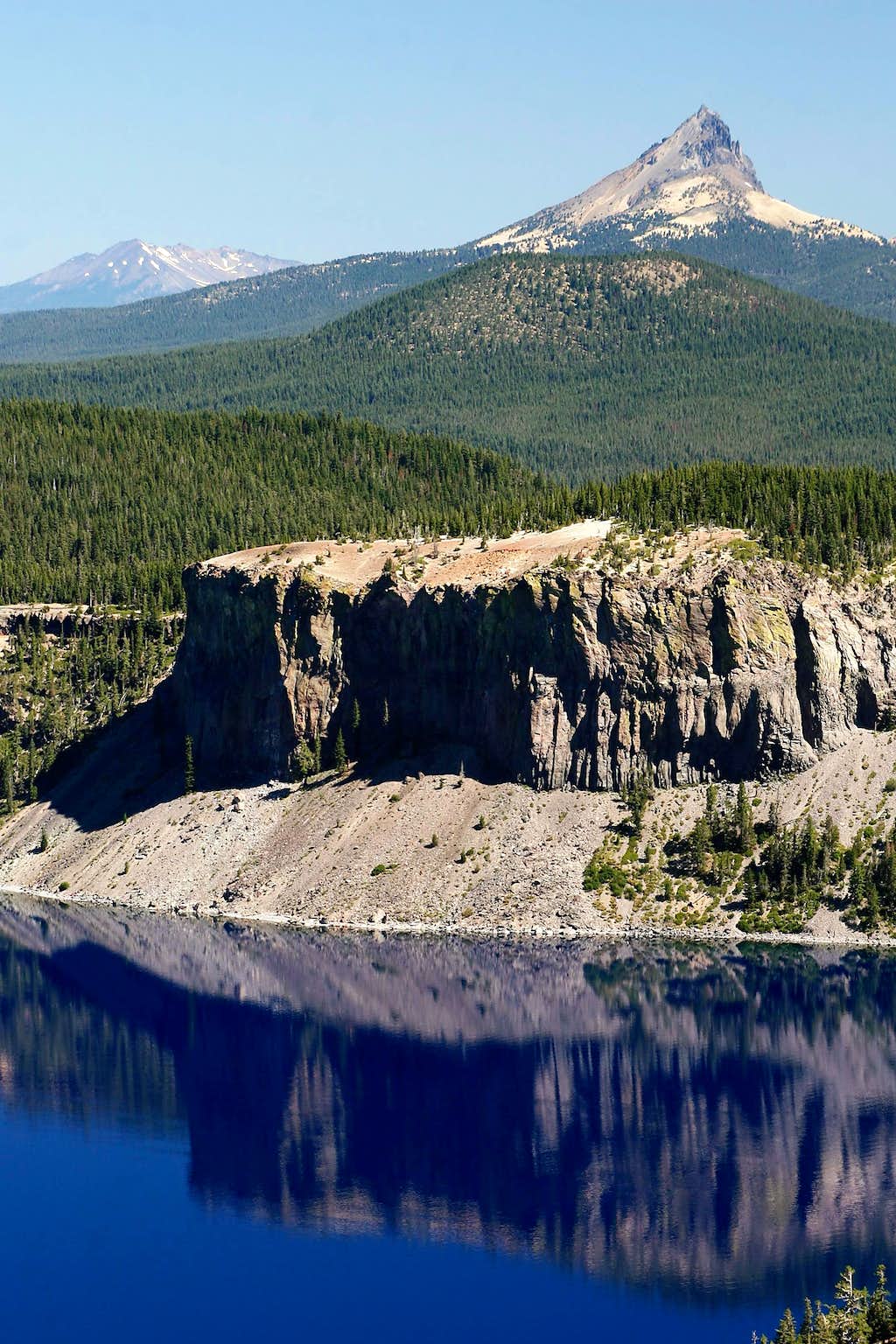 Mt. Thielsen, the lightning rod of the Cascades, behind Crater Lake, OR. Imaged in July 2007.

perspective before. This photograph has great depth of field, does it not?

Re: Never seen that

Yes it does, for a telephoto lens. Thanks for looking, VaughnH! --mark d.

Beautiful picture! Can I ask where you were standing when you took it? It is a great, great shot (so much diversity of geology). Thanks!

p.s. The coordinates (when I clicked them) put me on the south rim of Crater Lake, which can't be right...

Hmmm. I normally quite diligent when I input those coordinates. Let me check into it, but that shot was a while back.

Okay, well I know for sure that it wasn't the south rim. It was along the eastern side, I know. Looking at Google Earth, there is a turn-out perfectly positioned to get this shot. I've updated the coordinates, but something strange happened. A whole bunch of other pictures that were at the south rim changed to now be at that same location. So, I'm wondering if I did have the correct coordinates, but that a bug in the system is moving other related image coordinates around. As I wrote, I'm pretty diligent about putting in coordinates, though sometimes I put in the coordinates of what's in the picture rather than where I was standing. Anyway, check out 42°55'38.82"N and 122° 3'21.70"W. That's pretty close to where I was standing for this shot.

Thanks for the good excuse to head back down there and double check each location!