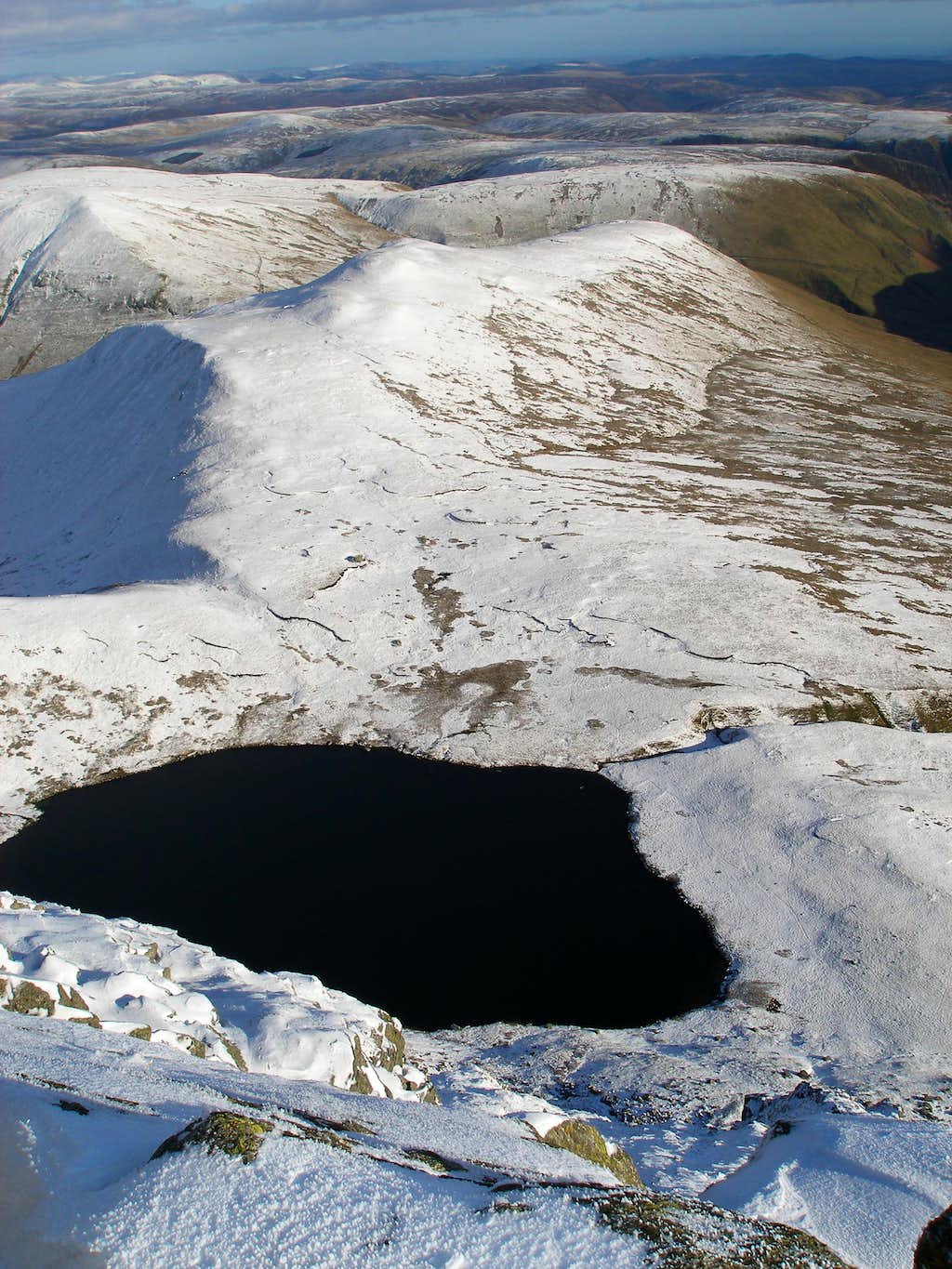 Creiglyn Dyfi which sits under the summit of Aran Fawddwy is the source of the ecologically important Afon Dyfi. (January 2007)
« PREV NEXT »

Thankyou, I love this spot it always catches the snow, a rare thing in Wales!

It truly does look like a bottomless pit! Welcome to the Cold Heart of Hell!! *evil laugh* Mwwhahahaha!!!

now your worrying me!

The area looks handsome, clad in thin white, with this black hole. Does it sound more or less like this:

Thanks very much! And your pronounciation is so close too. The first word should be more like Duvi.

oh sorry I'm so used to the language I don't even think about these things - as in 'fur' or 'furrow', or 'fun'.

It's usually complicated no matter you're used to the language or not:-) As to the English sounds and signs representing them, I'm used to the so called RP, i.e. "BBC" version. The problem is that it has the same sound/sign for the vowel in both "fun/bus" and "love/tough", while in N England the former sounds like "put" (this U is quite close to the Polish U).

So, to sum up, is your/our U like the vowel sound in "foot" (or at least closer to the one in "foot" than to that in "rough/done')?

Does that make sense?

Hope I'm getting warmer:-) So now my guess is it must be something close to the most common vowel sound in English ("schwa"= ә ):
climbEr, barrEn, pencIl, murmUr, cOnsensUs
???

Right! your getting it - 'Y' in Welsh is (normally) like the 'U' in murmur or consensus in English; and 'U' in Welsh is like the sound 'ee' in Engish like in keen or deep.

Just to complicate things 'Y' in certain Welsh words is sometimes also prononounced as an 'ee', but there aren't many uses of this. The most common it 'ty' which means house.

Aha! Right, now we're done with the sound, time to deal with the letter U: as there's no roof over it, the sound shouldn't be longer than that of the letter I. Do both of them sound alike then?

Yes, that's it, they both sound alike! Nice one, I should have probably said somthing like that earlier... sorry!

That's OK, Dan. I do like sorting out problems. Perhaps just different examples or some international signs for non-native English speakers would do.
Diolch yn fawr,
Jacek