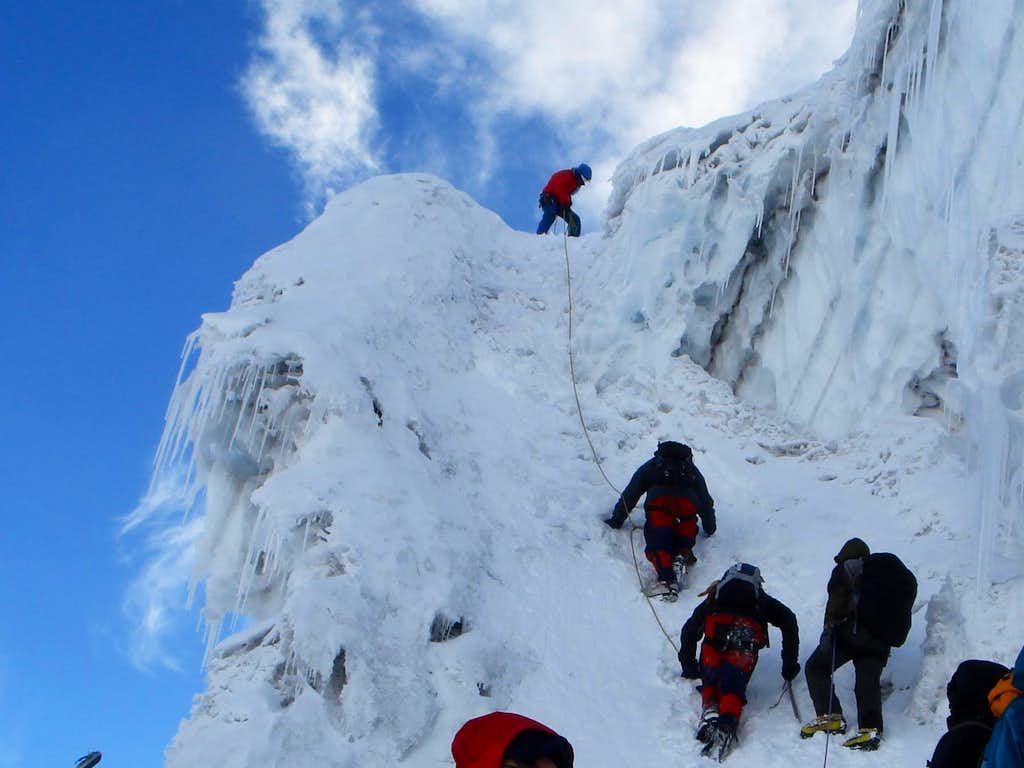 Cotopaxi - the crux section on the normal route from Refugio Jose Ribas. It snowed during the days before our climb and so we found a lot of loose snow on some of the traverses of the normal route especially before the crux section, so belaying was mainly mental safety... :) We had some fog and clouds during most of the ascent in the night and early morning. At least we got a few views when summiting around 7.30 a.m. because we broke through the cloud cover at app. 5.700 m (which was more or less at the crux section as you can see some blue sky already on this picture). 14th of November 2010 (C) by Herbert
« PREV NEXT »