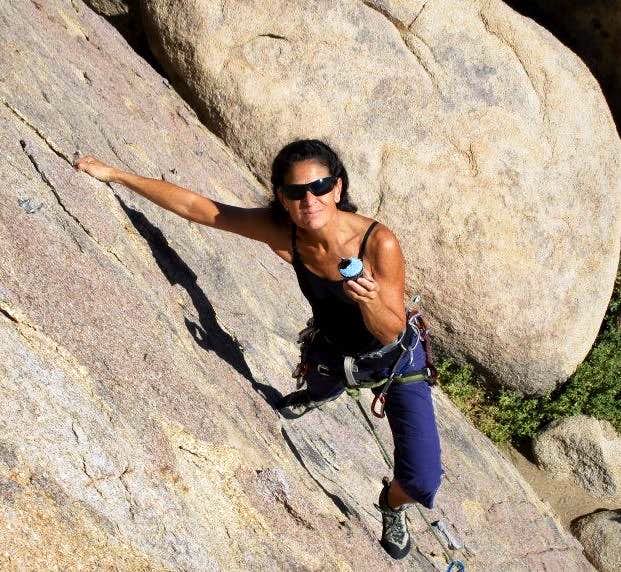 A lovely late summer day made perfect for some sweet leads in Paul's Paradise on my birthday. Sorry that route is now kinda sticky. Pic by Jim
« PREV NEXT »

Now this sounds like an awesome new rock climbing style/test: "I bet you can't cupcake that route." Cupcaking: to top-rope a route or second a bolted route while carrying a cupcake. You can switch hands for holding the cupcake or balance the cupcake on your body but you can't hold it in your mouth or tuck it into clothing. If you successfully finish the route the first time without dropping the cupcake, it's called a redcake. "Like dude, I so redcaked that gnarly route!"

Ha! You're making it look way too easy...