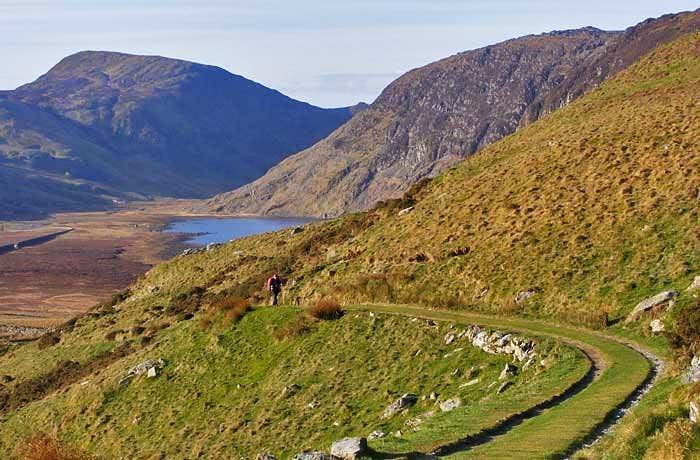 Lolli and I head away from the lovely Cwm Eigiau in Snowdonia. We'll back in a good few hours, firstly walking along the top of that distant mountain on the left.
« PREV NEXT »

Dingus, as it was going to be along day I used that route to start with. Rather than yomping over loads of soft spongy heather. That track goes up to a reservoir, but I suspect has been in place for along time befoe it became used for that purpose.