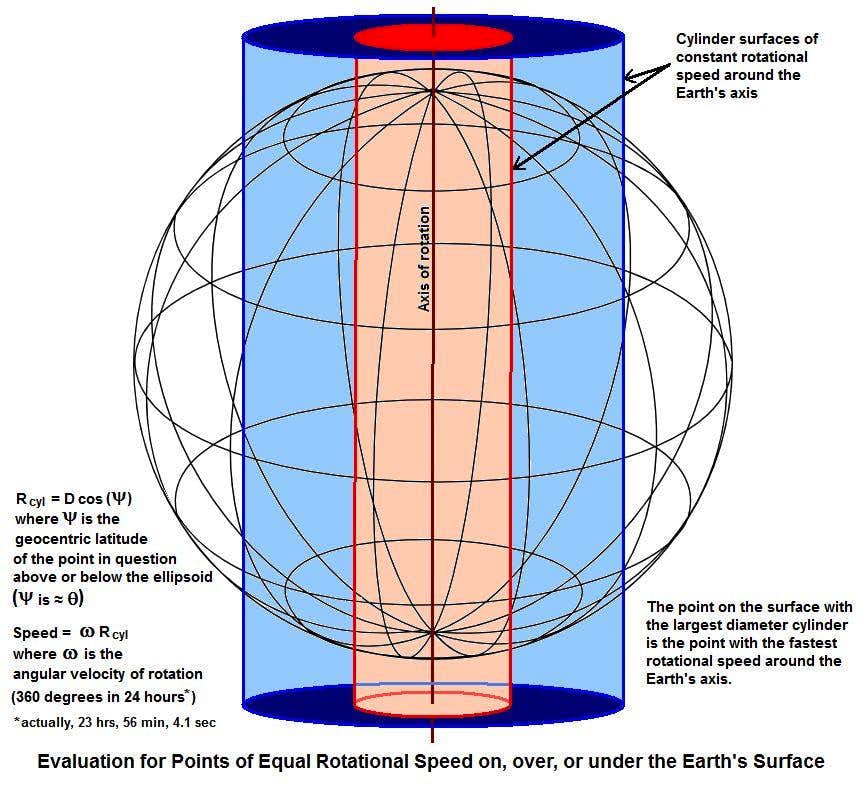 Each cylinder centered around Earth's axis of rotation can be viewed as having equal surface speeds of rotation. That is, every point on the surface of a cylinder rotates at the same speed. The largest diameter cylinder that is still touching the earth (at a tangent on the globe) is the point on the surface of the earth that has the fastest speed of rotation (using the earth as the reference frame*). That point on earth is the summit of the Ecuadorian volcano Cayambe, which straddles the equator. Any points on, below, or above (i.e., in the atmosphere) the surface of the earth that also all touch the same cylinder's surface all have the same speed of rotation. * If the reference frame is the center of the sun, that's a different speed situation and another calculation for another time.
« PREV NEXT »