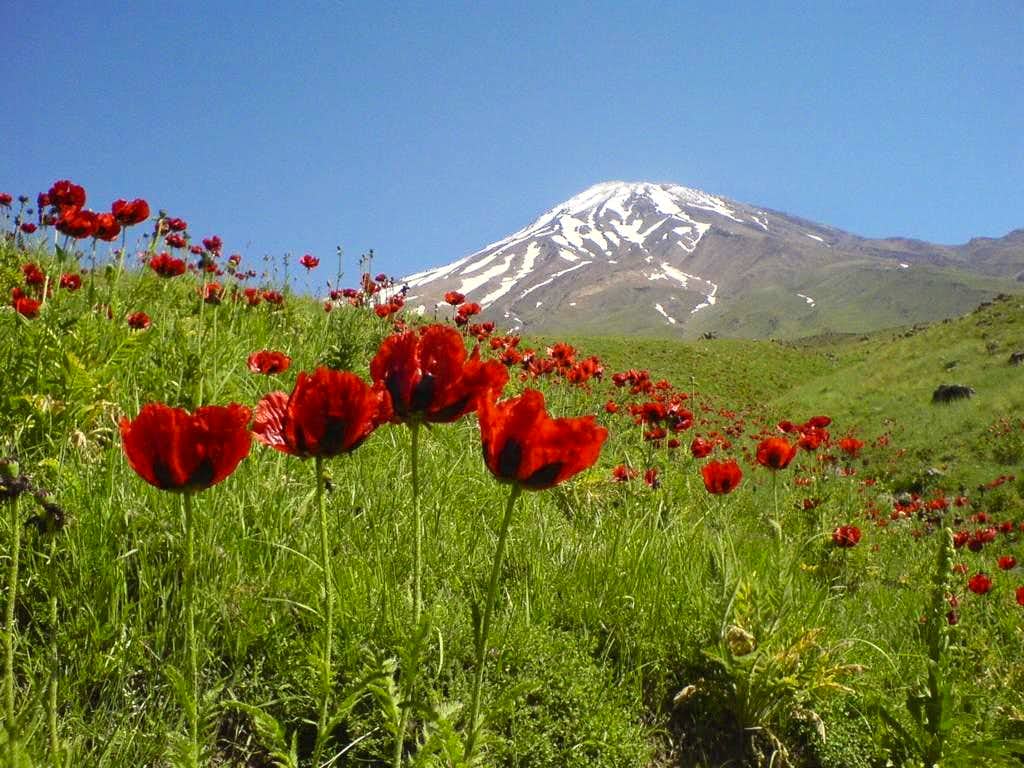 Damavand, South view, 4 july 2007. The National day of Damavand in Iran, based on an ancient myth of Arash, who shoot an arrow from the top of Damavand to the east and proved the north-east border of Iran. He put his life-power in that arrow and after shooting he felt and died. but that arrow flyed and hit to a big tree on the coast of Jeyhoon river ( east side of Tajikestan). It proved the border between Iran and Turan (the enemy people and country)
« PREV NEXT »