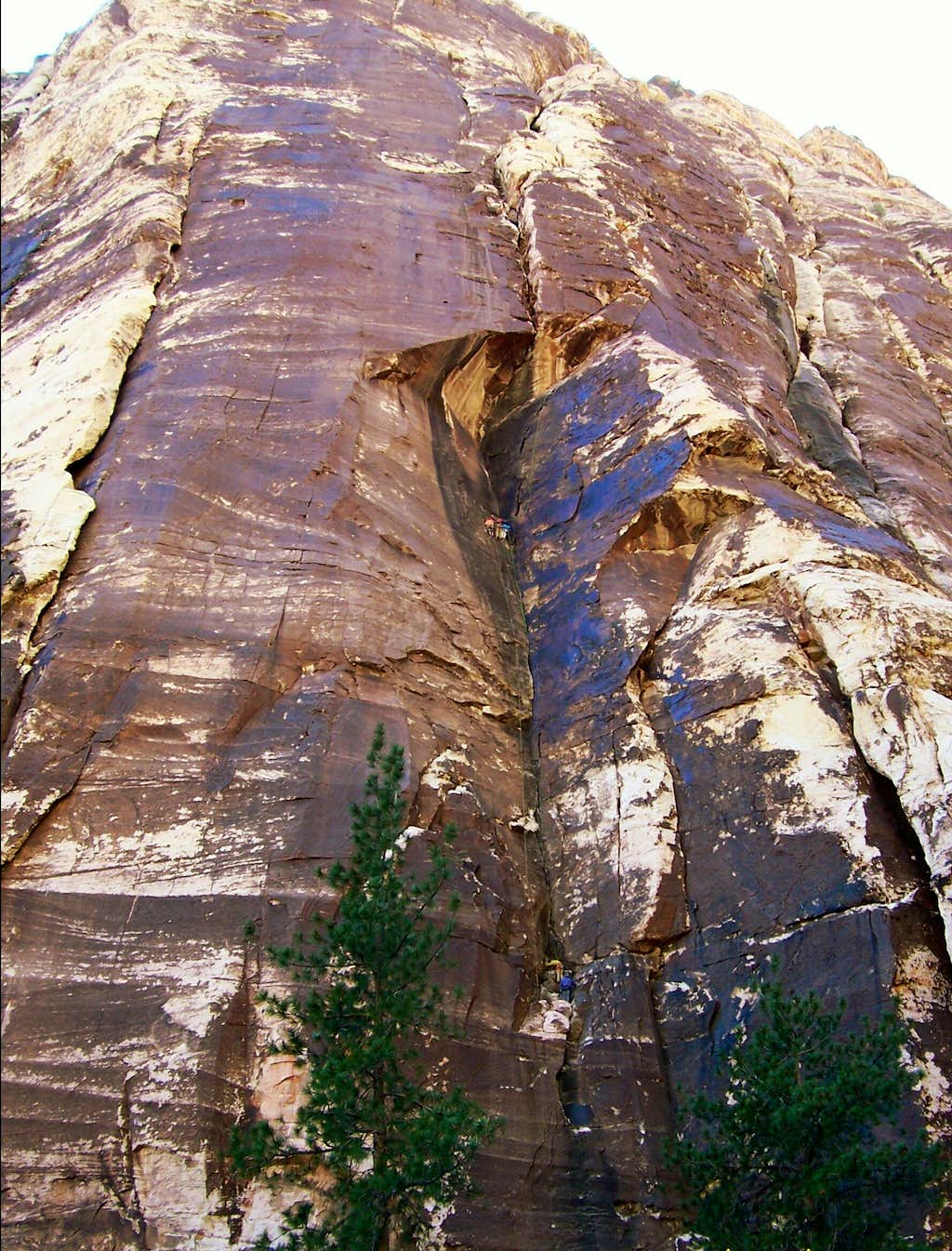 Here's a shot of the crux of the Dark Shadows route, taken from Fern Canyon in midday sun. Note the overhanging slab or "large roof" in the CENTER. This is a major obstacle, as most people opt to rappel down from there and call it a day. Part of that has to do with the fact that the Mescalito formation lies within the Red Rocks National Conservation Area, and the GATES close at 7PM. In 1979, Nick Nordblom and John Martinet completed NINE PITCHES above the prominent overhang or large roof. They followed the upper cracks to the summit. Due to the lateness of the day, they scurried down the south (opposite) side of Mescalito, and had to bush-whack their way DOWN to the Pine Creek Trail. At least they made it back in one piece! Awesome. Photo taken March 10, 2008 in Red Rocks, Nevada Note the climbers ascending the crack in the center, between the two Ponderosa pine trees. We're talking full-grown adults, but they're small SO you might have to squint HARD. But please, don't hurt yourself!!! (I need to get a camera with a better zoom!)
« PREV NEXT »