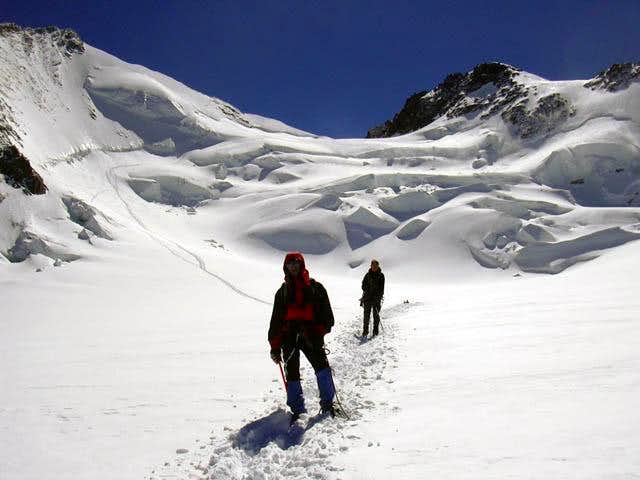 The route via Silbersattel (saddle between Nordend and
Dufourspitze) is often used for the descent. On this day, we also
used it for the ascent, in the hope it may be less windy than the
normal route. The last part is equipped with some fixed ropes.
Nordend to the left, Dufourspitze to the right. Photo taken on August
16, 2005.
« PREV NEXT »

hi! could someone describe the route via Silbersattel to the summit (Dufourspitze) - is it easier/beeter then the Normal Route?
thanks!