Eagle Hill is the most southern highpoint in the Oquirrh Mountains. Although it has 900 feet of prominence, it is easily overlooked because of the nearby 10,600 foot peaks of Lewiston and Flat Top Mountains. (The Ultra Prominence Peak) This peak is best enjoyed in winter as the western desert snow covered ranges are spectacular. Views include the settlement of Rush Valley, the Onaqui Mountains, Stansbury Mountains, Sheeprock Mountains, East Tintic Mountains, Simpson Mountains, Vernon Hills, Thorpe Hills, Lake Mountains and South Wasatch Mountains. 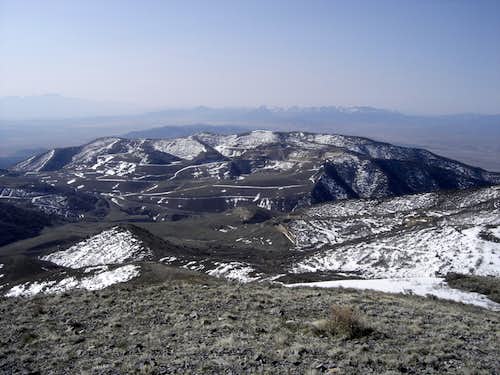 From the north on Porphyry Hill 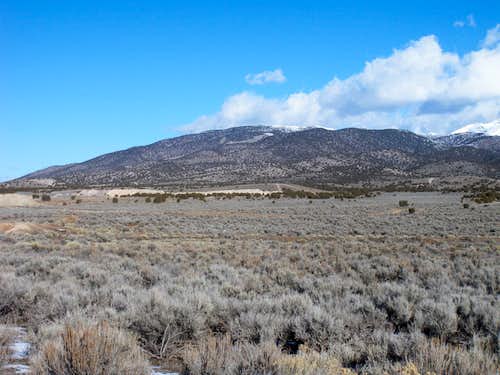 Take Highway 73 west out of Lehi to Cedar Fort and Five Mile Pass. From the pass where the Pony Express Road cuts left, start the odometer. Drive 4.5 miles on Hwy 73 to an unmarked right turn on a dirt road. [It's 1.3 miles beyond the signed Sunshine Canyon dirt road.] The dirt road is decent as long as it hasn't been driven while muddy. Follow the dirt road 1.2 miles to the mouth of McFait Canyon. There are a few offshoots, stick to the ones that head in the correct direction. At 1.2 miles is a good start point although high clearance 4WD could push higher (see map). From this spot it's only around 2 miles to the summit. If you push higher beyond where I have 4WD on the map, it slowly turns into an ATV route with few turnarounds. 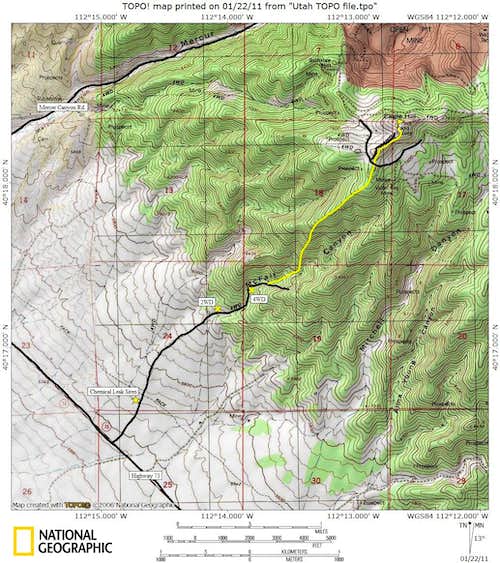 95 percent of the route is on BLM lands. The access road to BLM lands crosses a few old mining claims near the highway but no signs exist and you would never know had I not told you. The summit area of Eagle Hill is on private mining company land. Based on snowmobile tracks and ATV tracks near the summit and the lack of signs, the company tolerates visitors to the summit. Maps show a communication site on top but there is none.

The dirt approach road passes by a tower that looks like a cell tower. It's a siren and if it is going off, there could be a chemical leak at the nearby Tooele Army Depo that is about to melt your face off.

There is lots of primitive camping along the access road. I camped at the 2WD spot marked on the map.

Twelve deer, one fox and several birds of prey. 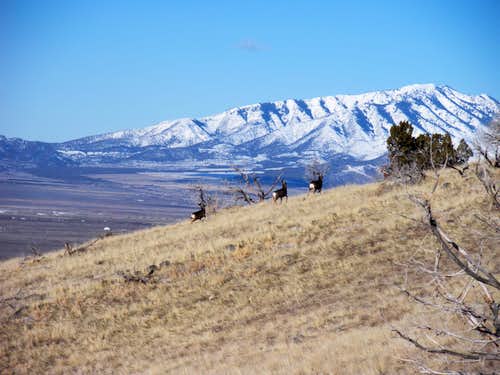 My route is the most direct for winter travel, see next paragraph for other options. Wherever you parked, follow the old road as it turns into an ATV trail. Or, you can gain the ridge at any time and follow it to the summit. Down on the trail, it will soon follow the wash at the bottom of McFait Canyon. Stay on the road until it starts steeply climbing the south side of McFait Canyon. Leave the trail near a dry waterfall and climb a minor rib coming down off the ridge on the north side of the canyon. This is open easy brush free climbing among juniper trees. Once you hit the ridge top, follow it to the summit area. Near the top you'll hit some road systems, follow tracks or just stay on the ridge until you are on top. Estimated time: 2 hours up (no breaks), 2 miles

In summer, driving up Sunshine Canyon and following roads to the summit might be possible. I'm guessing there are trespass signs or a gate on that route. I also believe people snowmobile from Five Mile Pass if there is snow coverage. Certainly, there must be ATV and motorcycle trails as well from Five Mile Pass. 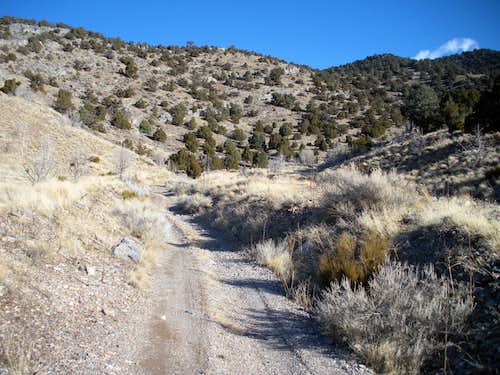 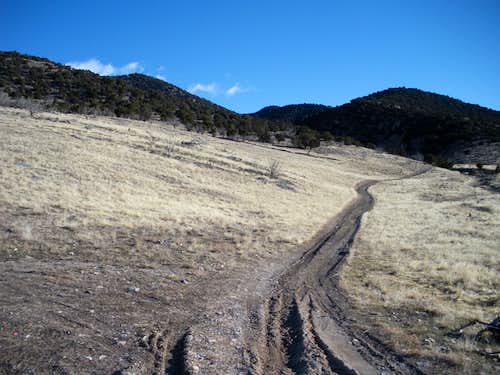 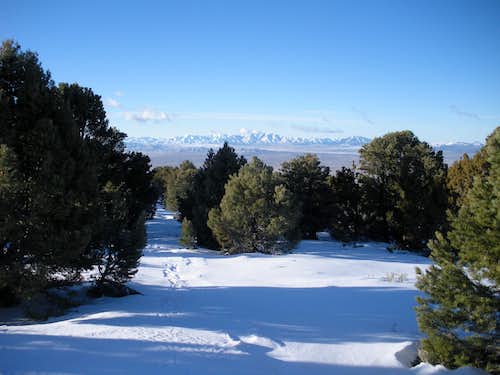 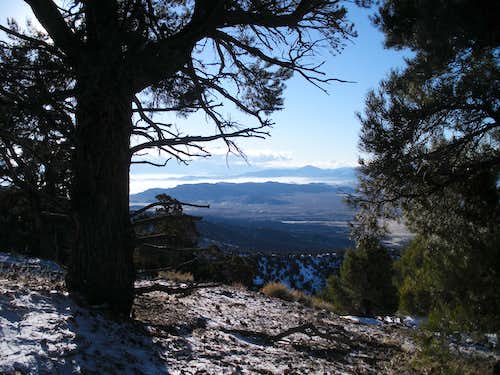