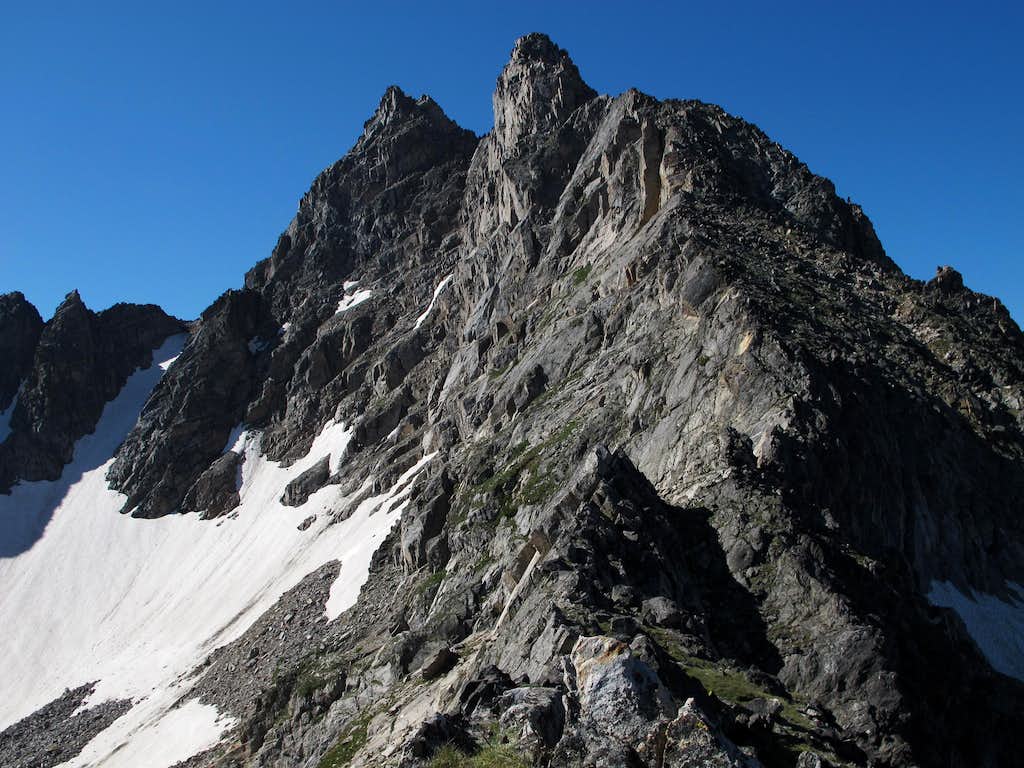 This is seen from close to the saddle between Hilgard and Point 10,780, and it represents the hardest part of the traverse route from Echo and Dutchman. Forget about going directly along the ridge; it won't work unless you're equipped and ready for at least 5.7 climbing on a 12-mile day that never gets harder than Class 4 anywhere else. Instead, you have to find a way across the face. I won't attempt to explain exactly how I went and can't even remember for sure, but there are a lot of steep, exposed, and sometimes wet/vegetated/slippery slabs, and, barring incredible luck, it will take significant trial-and-error route-finding to find a Class 4-low 5 way across. I was able to stay above the snowfields extending from the basin, work my way up steep, loose terrain, cross right above the tops of the two snowbanks that are almost directly below the summit (left peak) and then hike and scramble across easier terrain to reach a notch just above the steep, snow-filled couloir seen to the left of the peak. From that notch, finish via the east ridge route to Hilgard's summit. From the notch between Hilgard and Point 10,780, it is possible to drop into the basin and then ascend one of several couloirs to gain the east ridge, but that adds a lot of elevation gain to the day and also is not truly a traverse but rather a separate climb from the basin. Madison Range, MT-- July 2012
« PREV NEXT »