Ecuador has 10 mountains over 5000m (16,400ft). These ten volcanos are known as the Big Ten, Top Ten, or simply the 10 5000m+ peaks. They are found running generally north-south in two parallel mountain ranges through the center of the country. Many 4000m and lower mountains are companions to these giants, but it is these ten that are the country's mountaineering attraction. The highest exceeds 6000m in height. Information on all these mountains can now be found right here on SummitPost. 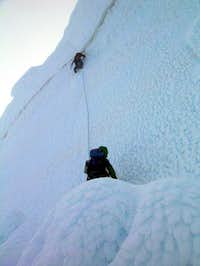 For the moment all but Tungurahua are glaciated. Tungurahua's snow and ice were victims of its eruptions and conceivably will return to some degree when the volcanic activity subsides. The other mountains are in a state of glacial retreat. Carihuairazo in particular is in danger of losing its glacier quite soon. One local guide expects it to be gone in 10 years. Hearing stories about how it used to be made it seem like a different mountain. The glaciers elsewhere are much reduced but still substantial in size.

Note that Tungurahua and Sangay are in a state of an active eruption. Tungurahua is especially feisty. If you are getting restless in Baños and becoming seduced with the idea of making a dash for the summit from the old hut, take the nightly volcano watching tour. Seeing angry crimson lava exploding out of the crater changed my mind.

A typical international climbing trip has Cotopaxi and Chimborazo as primary objectives. Acclimatization climbs almost always include Iliniza Norte and one, possibly two, 4000 m peaks such as Imbabura, Pichincha, or Rumiñahui. A trip such as this is best done over a two week period. Acclimatization usually begins with a couple days in the capital city, Quito, around 2800 meters. This is followed by peak bagging a 4000m mountain, 2 days for Iliniza Norte, rest day, 2 days for Cotopaxi, rest day, and 2 days for Chimborazo. So a two-week trip will provide a bit of flexibility with weather and/or some tourist time or perhaps another mountain for the hardcore.

A more ambitious project would be tackling one or more of El Altar's summits. El Altar is the most difficult prize of the ten and offers many technical routes and a long backcountry approach. Unlike the other mountains (excluding Sangay) which are a 1.5 day efforts, trips to El Altar frequently are a week in length with 3 to 4 days of climbing various routes. 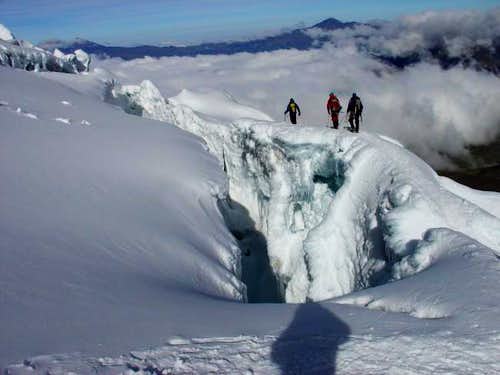