Edelweiss, flowers from the Moon 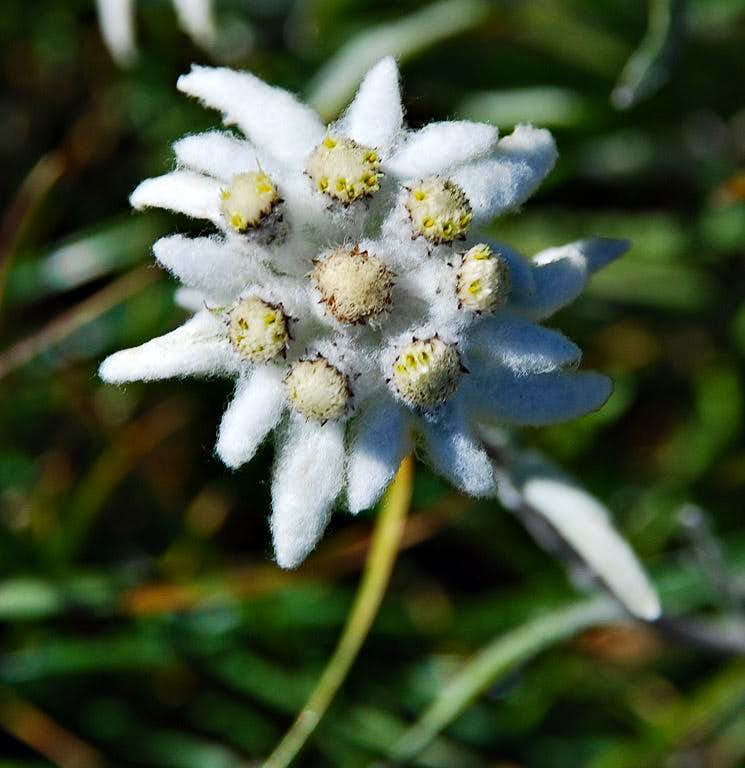 An edelweiss, shooted at the feet of Sella Towers. * * * An ancient fairy tale tells that a long time ago, in the Dolomites, there was a Prince who dreamed of going on the moon... Thanks to two Salvani (wild-men who lived in woods and knew magic arts) one day he was succesfull in his dream. On the moon he fall in love with a princess, but he couldn’t live there a long time, because of the brightness of the moon surface! He come back to earth, carryng with him the princess and the moon flowers: the edelweiss! But the moon-princess, after a few times, began to suffer of homesickness, and she was more and more ill, day after day... The prince, hopeless, called for help the two Salvani: they weaved the moonlight and covered all the mountains, so they become white and bright like the moon. Sawing that, the princess healed from her homesickness. The Dolomites are light mountains (their rocks are a kind of limestone), and are also called Monti Pallidi (Pale Mountains)
« PREV NEXT »

What a wonderful shot, I love it!