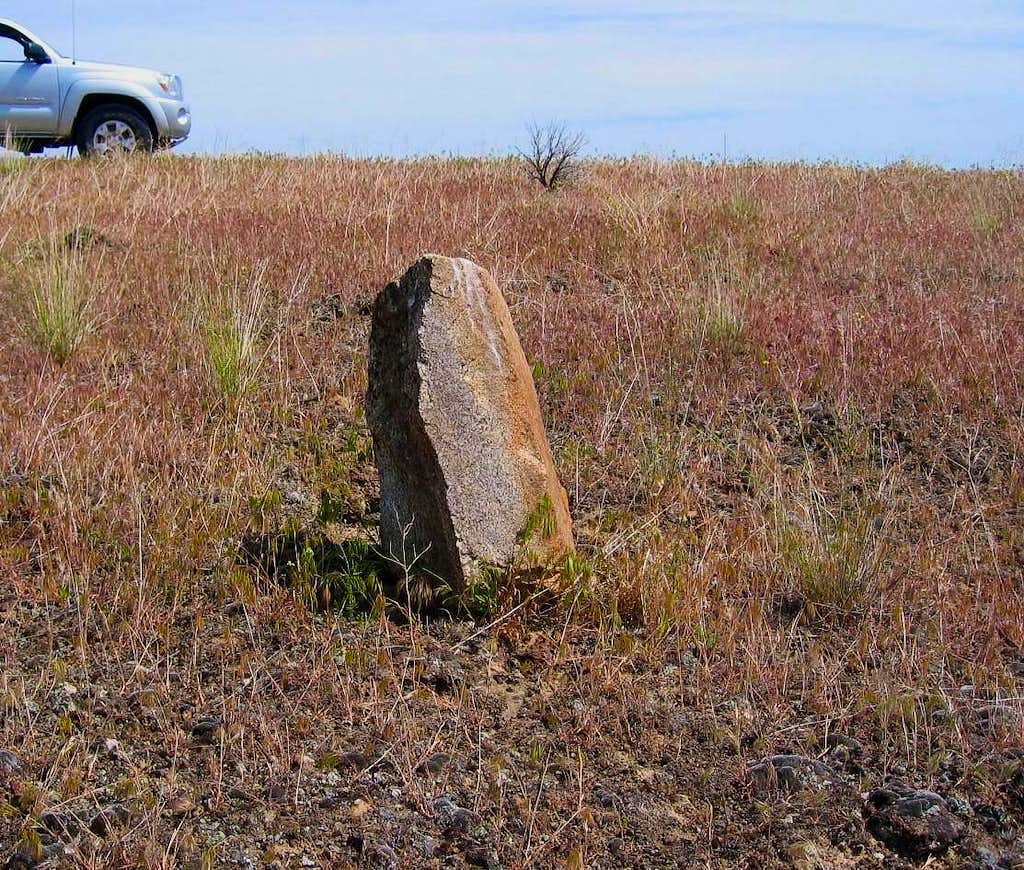 Dropped from an ice floe thousands of years ago, this lonely granite boulder sits amidst the steppe country of the mid columbia. The only other rocks in this area were basaltic. Carried down from Montana. See this VIEW for a different angle. May 2007 Read about a 90 ton boulder transported from Montana all the way to near McMinnville Oregon HERE
« PREV NEXT »

if I've ever seen one! Incredible stuff always going on ... and you always seem to make a connection with something else. It's
just like putting a GIANT puzzle together.

It's more than just a rock! In Nevada, I noticed several rocks out of place; but they were brought here by truck or train from Arizona & Utah. West of Las Vegas, they have a 'sandstone quarry' where they used to haul giant slabs of sandstone via a steam-powered mule. The conservation groups got after them and ended their adventure.