The children Kessler (son), Matthew (nephew) and Josh (nephew) along with Mark (brother) and my father went most of the way up the Farnsworth Canyon narrows until stopped by a pool. They spent the rest of the day exploring Goblin Valley. 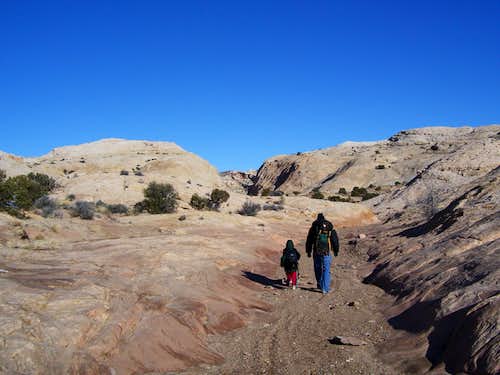 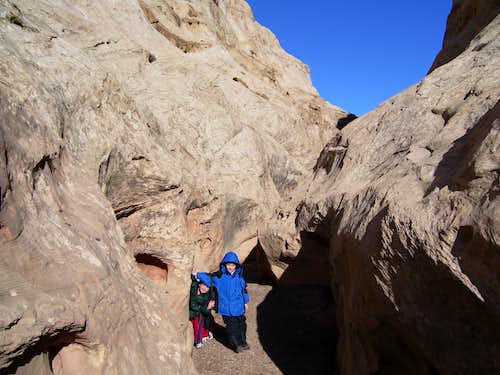 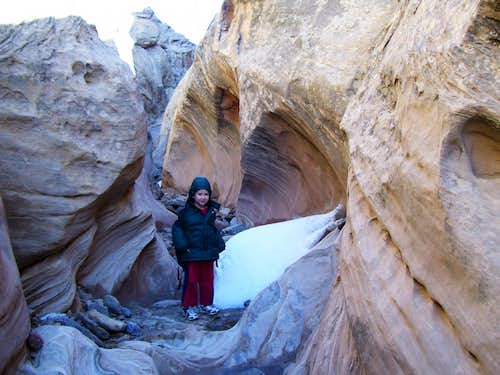 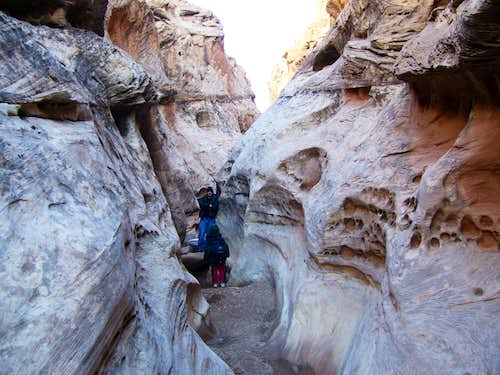 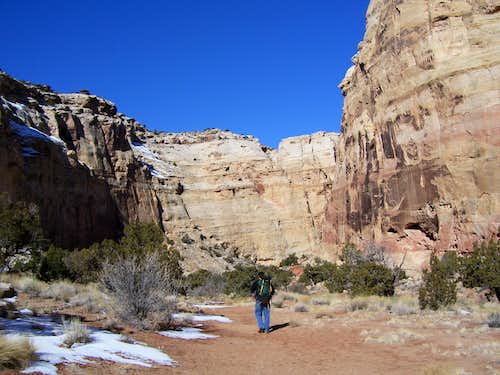 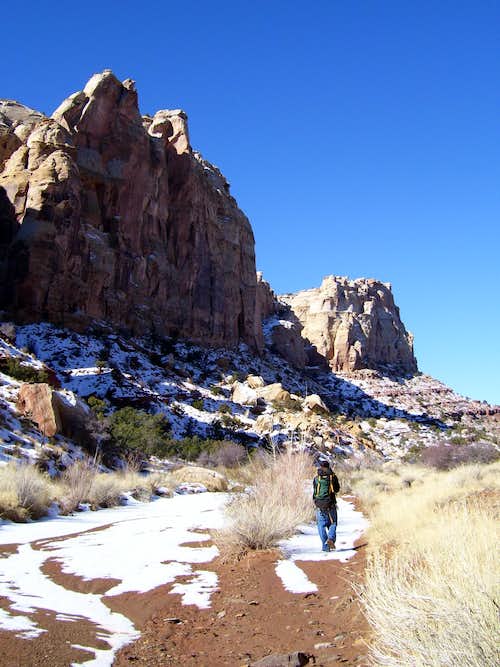 Richard and I continued the loop up Farnsworth and down Old Woman. There were lots of petrified logs on the benches in the upper end and it was found that Old Woman Wash has a pretty good but fairly short slot. There are two raps, 10 feet and 15 feet (but we carried 350 feet of rope since we had no beta) along with several nice icy downclimbs. The deepest pool was almost chest deep. Richard was crossing one of the frozen pools and busted through the ice (about 3" thick) to chest deep. I put on my wetsuit before crossing (so did Richard)! The loop up Farnsworth and down Old Woman took us 7 hours, but with snow, mud and ice covered rock to slow us down. 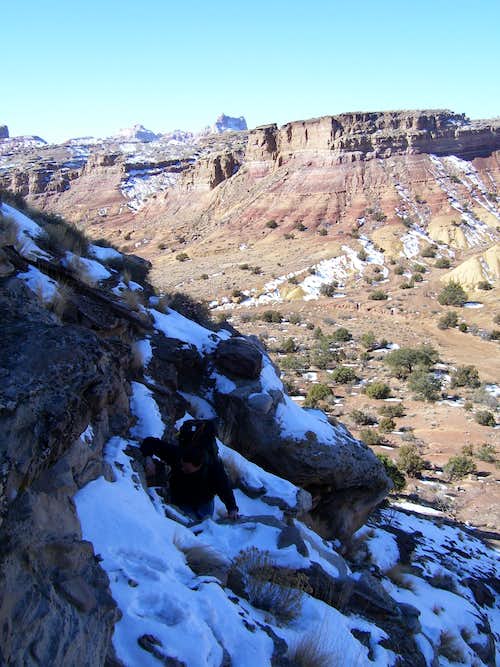 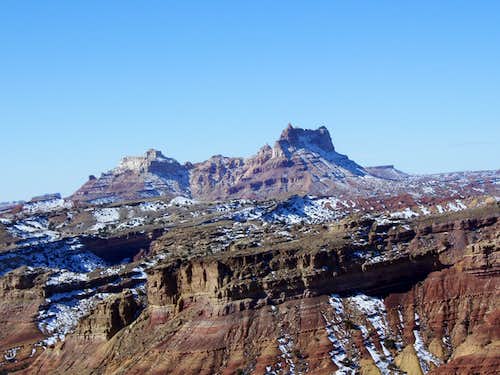 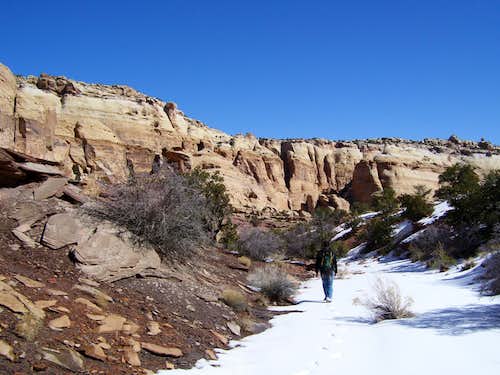 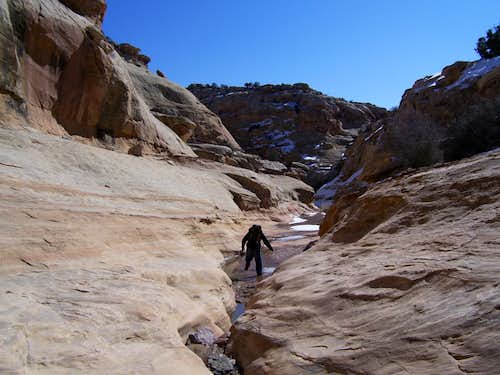 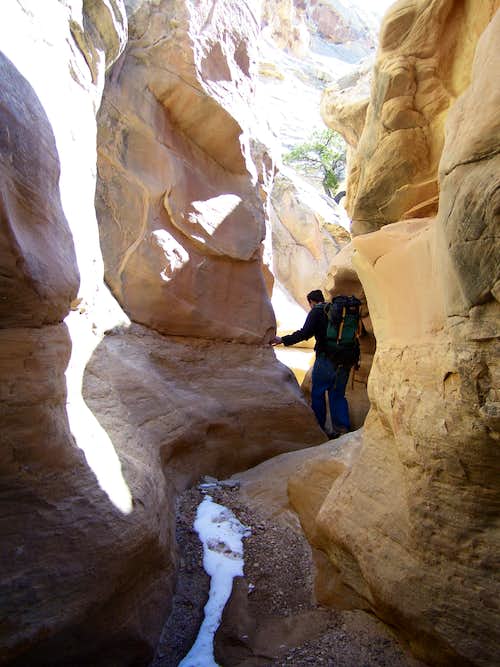 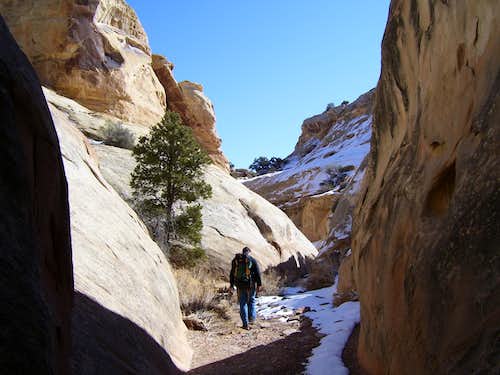 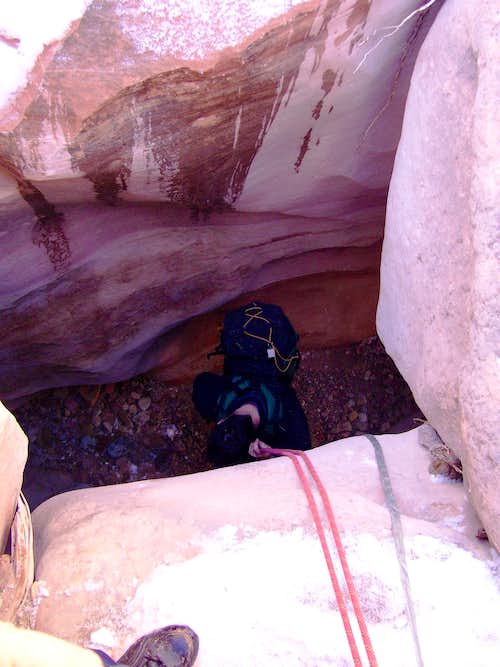 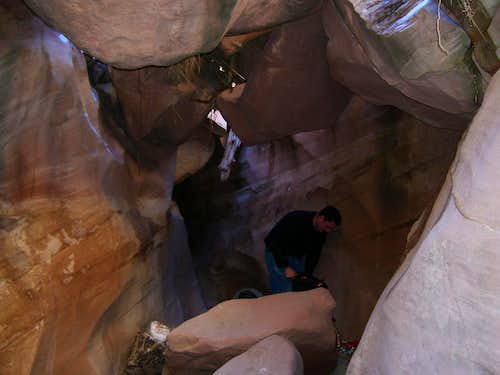 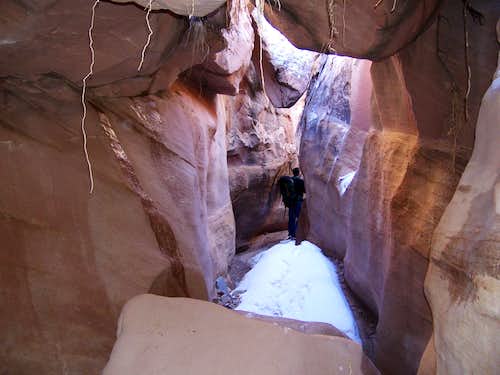 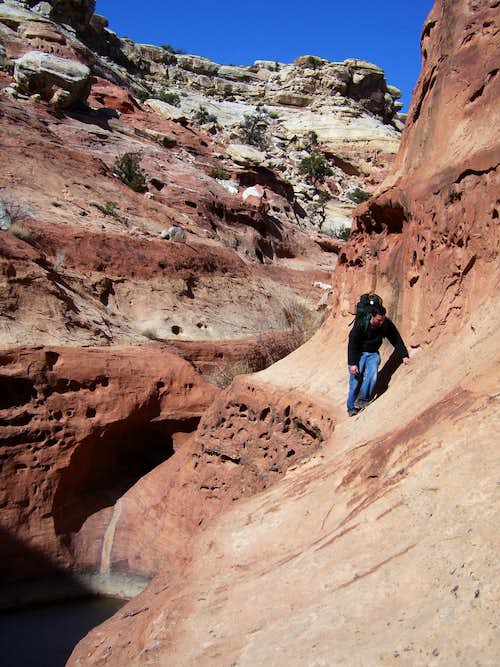 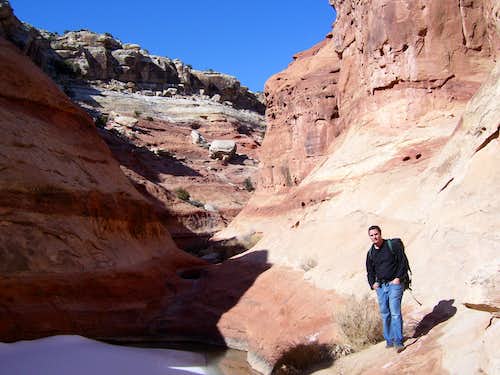 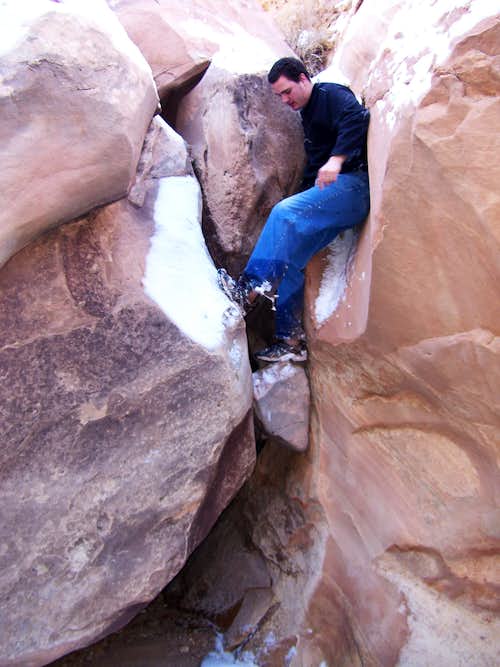 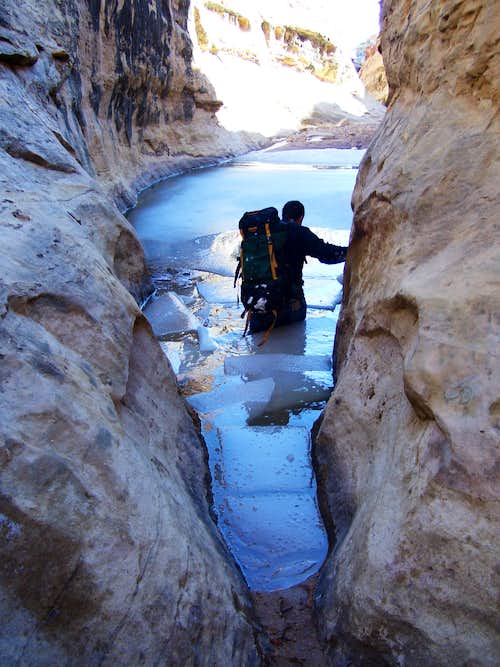 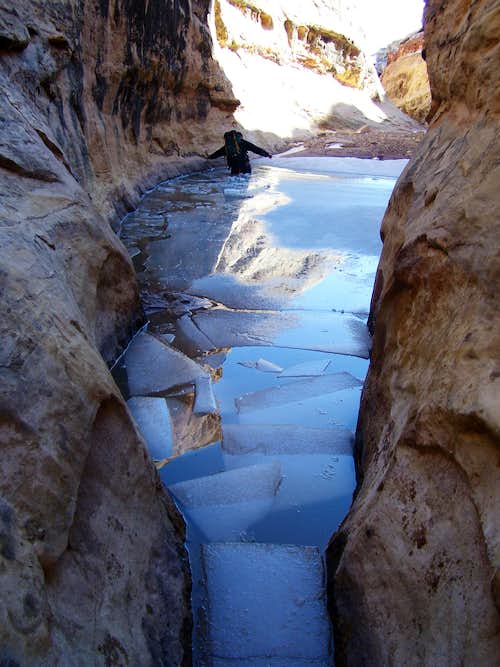 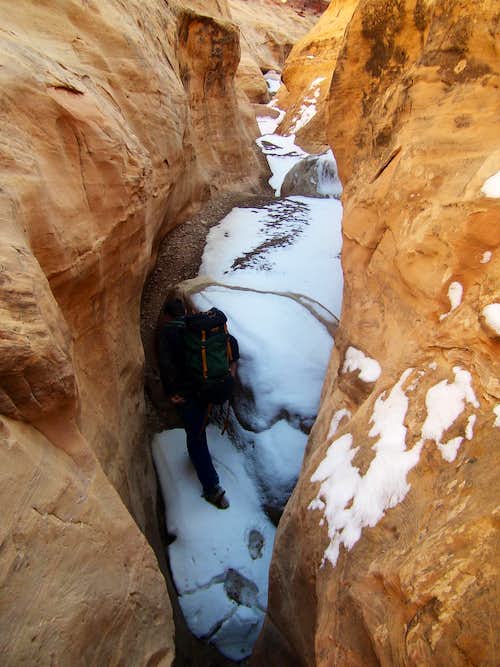 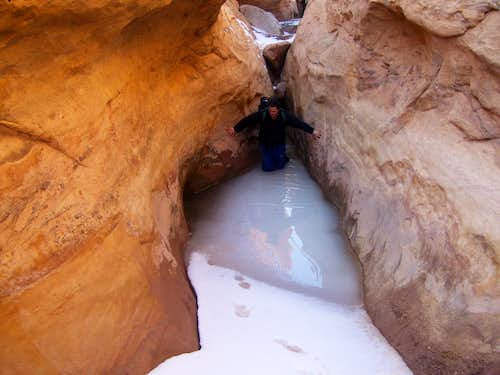 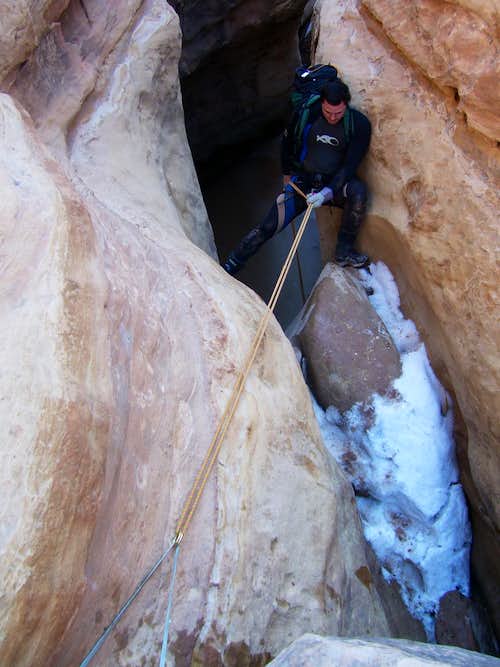 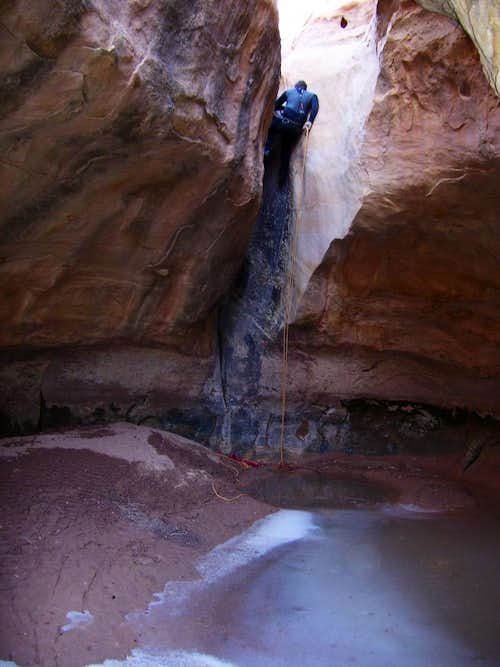 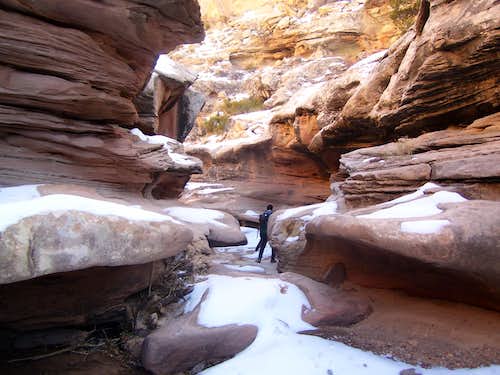 Looks like a crazy place to be this time of year!