There are over 33 thous, European bison in the Bieszczady Mountains, and species of animals (including invertebrates) living in Poland . That includes 85 species of mammals, 406 species of birds, 3000 species of butterflies and 720 species of spiders. 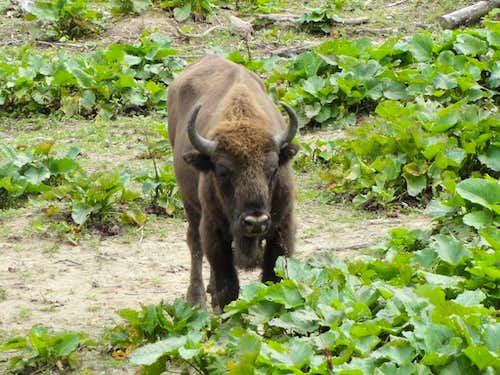 European bison in the Bieszczady Mountains

The European bison was reintroduced in the Bieszczady Mountains in 1963. The first sanctuary was established in Stuposiany and the first bison were released into the wild in 1964. In 1976 the second sanctuary was created in Komancza Forest District. The herd from Komancza was released into the wild in 1980. Currently, there are over 300 bison living in the entire area of the Bieszczady Mountains.

It is the mountains where many wild animals such as bears, wolves, lynxes, badgers, wildcats, foxes and deer are thriving. 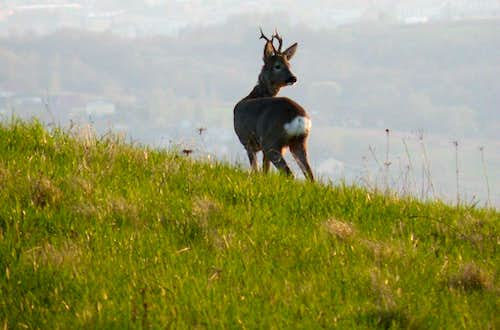 Chamois are most famous animals of the Tatra Mountains. They have been under protection since 1869 and in 2001 there were just 77 of them living there. The other symbols of the Tatras are the likeable Marmots.
Bears are the rulers of the Bieszczady Mountains. Over half of all the Polish brown bears live around there. The rest can be found in Beskid and Babia Góra.
Bieszczady Mountains are also known for the spectacular Deer Ruts. There are about 1500 deer living in this area. Also, European Bisons were relocated to the Bieszczady Mountains from Puszcza Bialowieska. Bisons can live up to 40 years in the wild.
Polish Wolves have managed to survive sensless killings and today they are under protection.
The birds that you might be lucky to spot in the Polish mountains include: the majestic Golden Eagle (there are 15 pairs of them currently in the Carpathian Mountains as of 2007), Peregrine Falcon, Lesser Spotted Eagle (which is Poland's smallest eagle with wing span 160cm. It lives in the Low Beskid, the wildest and most extensive part of the Polish Beskids), Red Kite, Hobby, Buzzard, Eagle Owl, Black Grouse, Wood Grouse and Hazel Grouse.
Other characteristic animals include : Thrush Nightingale, Eastern European Hedgehog, Rabbit, the Snow Hare, Three-toed Woodpecker and a Nutcracker.
This album is dedicated to all Wild Animals of Polish Mountains.

A stunning series of photos Henryk, you clearly have some wonderful wildlife in Poland.

Thanks for viewing the album. I'm glad you enjoyed the photos. Greetings, Henryk.

That is a nice album, you can call yourself a real 'nature documenter'. You could make a nice coffee table book from your work! Thanks for sharing.

Thank you for such kind words. I'm glad you enjoyed the album. Regards, Henryk.