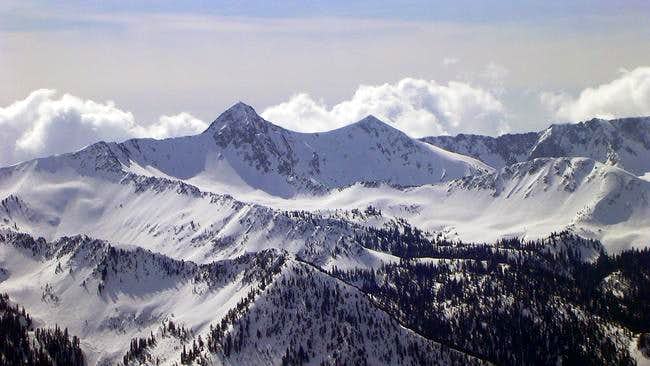 February 26th, 2005 - The Pfeifferhorn seen from the South Ridge of Mt Superior. I've called the second rocky ridge from the front the Maybird Palisades since the far side drops steeply into Maybird Canyon in a series of contiguous rock columns. This ridge divides Red Pine Canyon from Maybird Canyon, and terminates at pt. 10,897 on the skyline to the left of the Pfeifferhorn. On the skyline to the right is pt. 11,137. The North Ridge of the Pfeifferhorn continues to the right and merges with a mound called pt. 10,516 (right, foreground).
« PREV NEXT »