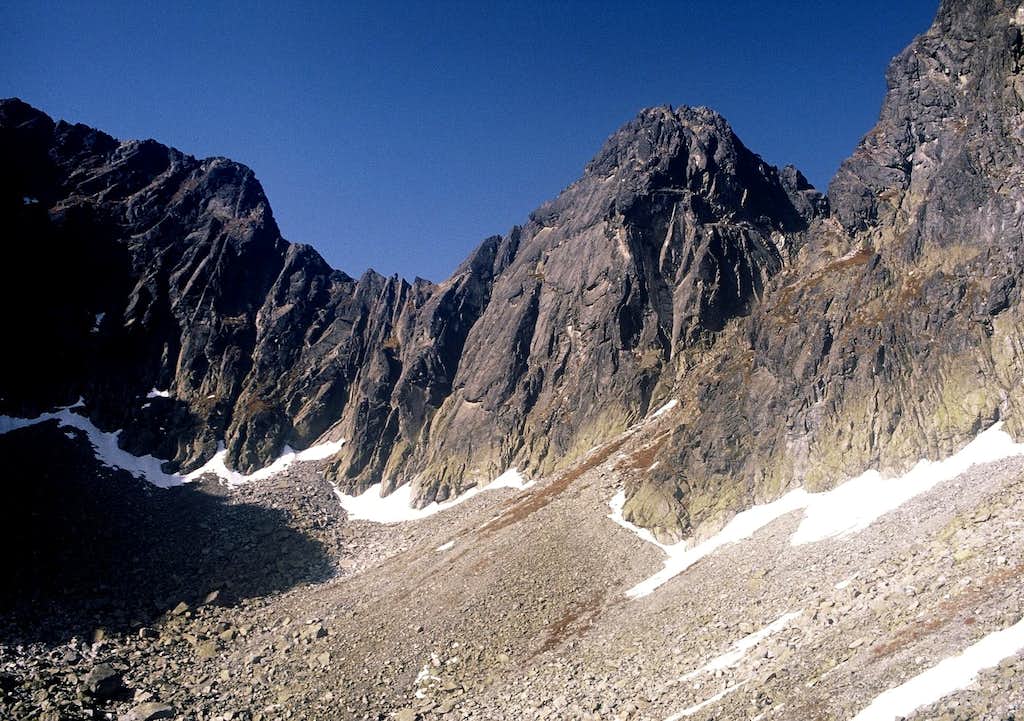 Left to right: Mały Kozi Wierch (Little Goat Peak, 2226m) , Zmarzła Przełęcz (Frozen Col, 2126m) and the south face of Zamarła Turnia (Frozen Crag, 2179m) towards the end of September (scanned slide). The wall is actually just about 140m tall but its slabs are so smooth that it wasn't climbed until 1910; within two next decades several then-top climbers died on the job. It is still regarded as one of the finest walls to climb in the Tatras . Its base is easily accessible from the hut in the Valley of the Five Polish Tarns Along the crest of the ridge runs the most demanding (approx. US class 4) marked trail in Poland called Eagle Path
« PREV NEXT »

A really good old one Jacku!

I haven't noticed many changes recently ;)

Thanks Tomku! That's the great weather again. It's funny how some old pix that caught the right amount of light stay pretty for ages :) I'm happy you haven't noticed changes. We've never wanted them here, have we?