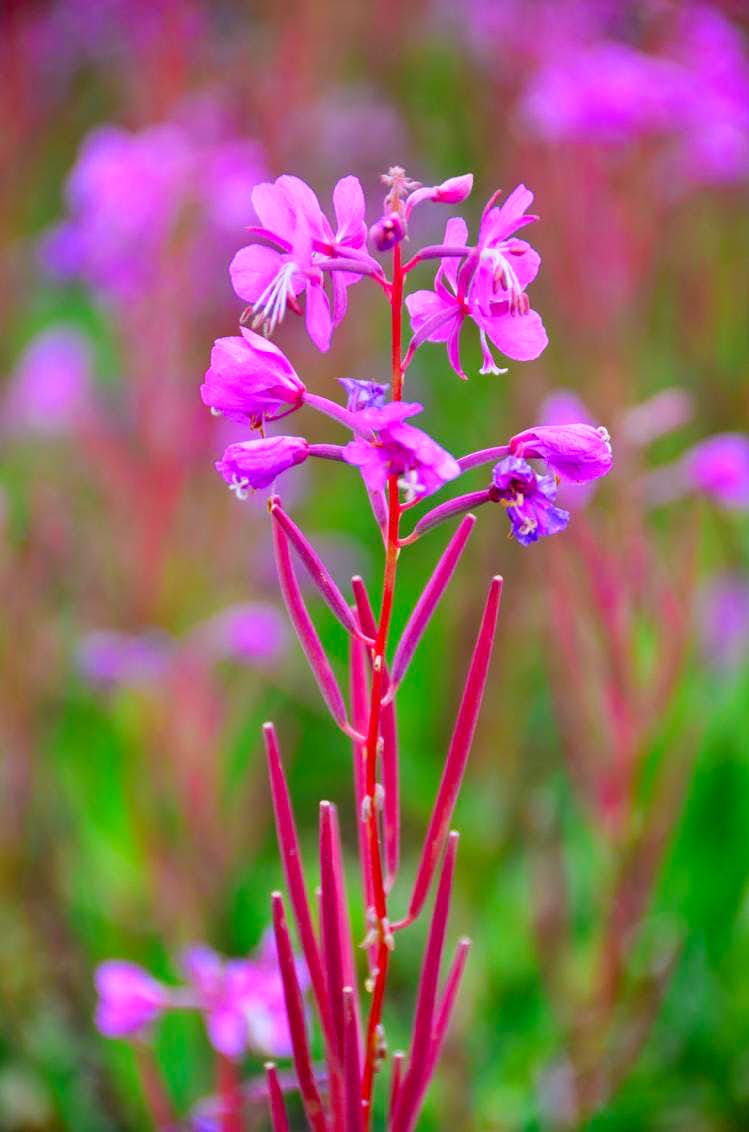 Chamerion angustifolium subspecies circumvagum. Synonyms: Chamerion danielsii, Epilobium angustifolium. (Fireweed) Onagraceae (Evening Primrose Family) Montane, subalpine. Openings, disturbed areas. Summer, fall. Fireweed is one of the most visible of montane wildflowers, often lining roads and filling in large fire-scarred areas in mid-to-late summer. It is commonly three feet tall and spreads into thick patches from underground roots. Like the Epilobiums (to which genus it is still assigned by some botanists), Chamerion angustifolium has long seed pods that ripen and burst open with very visible cotton-covered seeds. Linnaeus named this species Epilobium angustifolia in 1753. Constantine Rafinesque named a new genus "Chamerion" in 1833, but it was not until 1972 that the species pictured at left was placed in this genus by Joseph Holub as C. angustifolium and then as C. danielsii in 1981 by Doris Löve. "Chamerion" is from the Greek "chamae" ("lowly") and "nerium" ("Oleander"). Francis Potter Daniels (1869-1947) was a Professor, botanist, and author of Flora of Boulder, Colorado, and Vicinity (1911).
« PREV NEXT »

This one is unforgettable!

Just another day in paradise my friend! :)