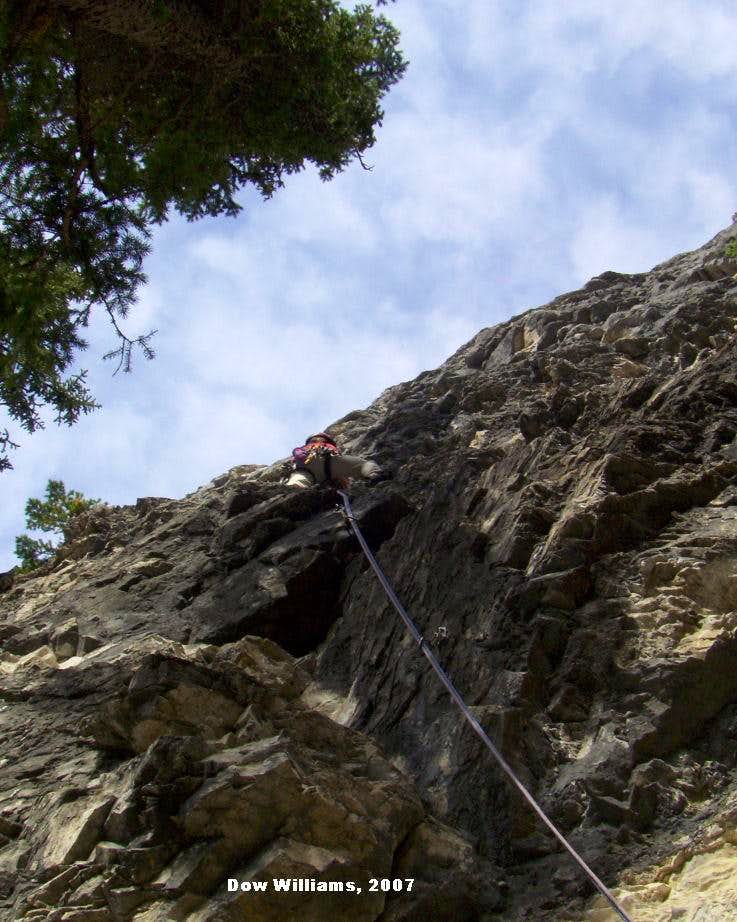 The first route to the left of First Cave at Bataan is an unpublished route not shown in John Martin's, "Sport Climbs in the Canadian Rockies". Since the book was published, someone has ran a line of bolts up a long 30m route through a fun roof problem that develops into sharp and positive edge face climbing. The whole route is sustained at 5.10a and fairly clean as of 2007. First Cave, 5.10a-11b, Bataan, Grotto Mountain, Canmore, AB, August, 2007
« PREV NEXT »