The Sierra Nevada mountain locally known as “Flat Top” is not especially high or challenging.  It’s not shapely like Alpamayo or Ama Dablam.  It doesn’t have an interesting name like, say, “Satans Guillotine.”  But it does provide a hiker, without undue effort, excellent views of surrounding meadows, lakes and higher peaks; and it’s useful as a warmup/acclimatization peak.

R. J. Secor's book “The High Sierra: Peaks, Passes, and Trails” refers to this mountain as “Golden Trout Crag,” and mentions that there are sites for rock climbing on its southwest, north and east sides.  But overall, this is not a craggy peak.  It’s broad and sandy, with mostly Class 2 terrain.  I believe SummitPost's Dave Daly correctly reckons that "Golden Trout Crag" actually refers to the prominent crag on the east side of Flat Top - the side closest to the Golden Trout Camp, which is just across Cottonwood Creek.

Flat Top is a wide, flat-topped (surprise!) mountain occupying space between Cottonwood Creek to the north and South Fork to the south.  It is about 3.7 miles roughly southeast of Mt. Langley, and about 2.3 miles east of Cirque Peak.  It is easily overlooked; popular trails go around it, leading to better known destinations such as the Cottonwood Lakes, Cirque Peak and Mt. Langley. 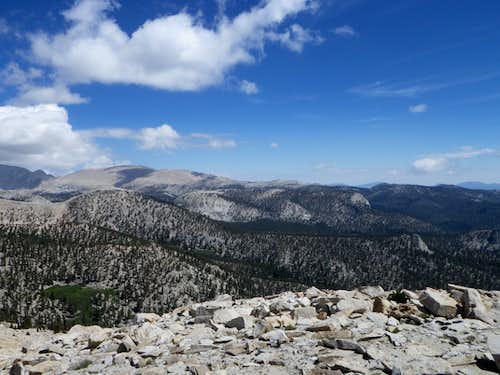 Flat Top (in the middle distance) as seen from Trail Peak 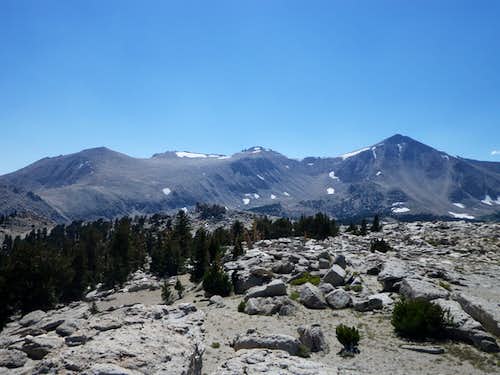 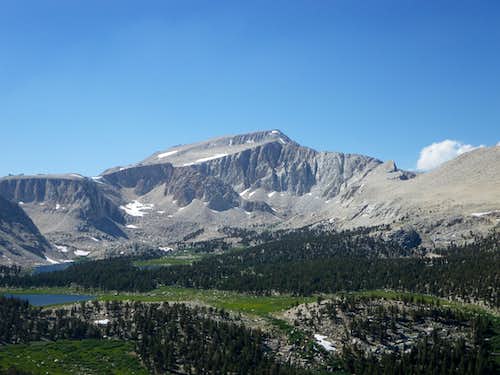 The easiest terrain is on the southern and northwestern slopes of Flat Top.  The south side is closest to a trailhead, so that is the most direct approach.  Start at the Cottonwood Lakes trailhead.  Within about 30 minutes there is a stream crossing. Immediately after crossing the stream, just look up and to the left.  That’s Flat Top.  The Cottonwood Lakes Trail continues, passing by Flat Top on its east side, then curving around and passing by its north side.  Thus, for most hikers, Flat Top is just a big obstacle to get around while headed somewhere else.  But why go around it when you can go over it?

Leave the trail and simply head up, avoiding the more difficult climbing of the east side.  Generally, work your way up and to the left, knowing that the true summit is on the northwest side.  Traversing the summit plateau from east to west is pleasant due to the scenery – picturesque old trees and large, interesting rock formations.  Some optional climbing fun can be had on the rock formations as well. 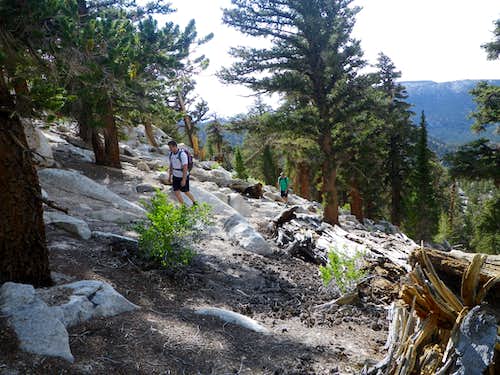 Easy terrain on the southeast side of Flat Top 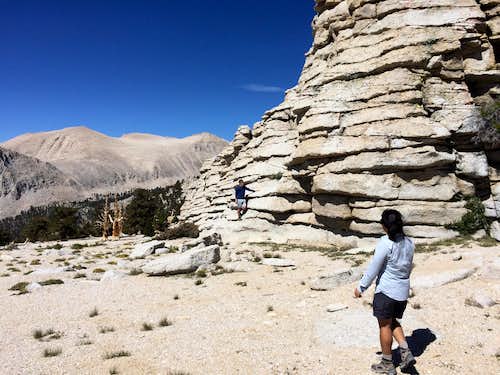 Upon crossing the stream on the Cottonwood Lakes Trail, one could also hike farther west before beginning an ascent of Flat Top from another point on the south side.  There is an obvious gully on the western half of the wide south side, which could be used for ascent and descent.  Either way, it is all Class 2.  I like to ascend from the southeast, then descend directly south from the summit to enjoy the meadow in the gully. 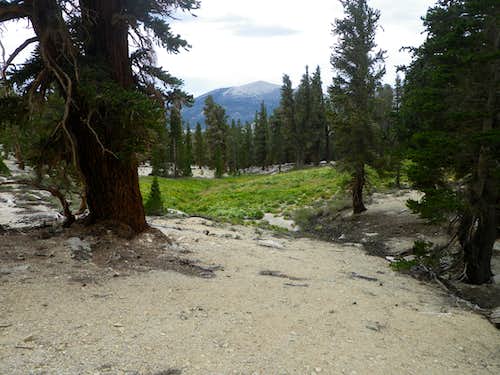 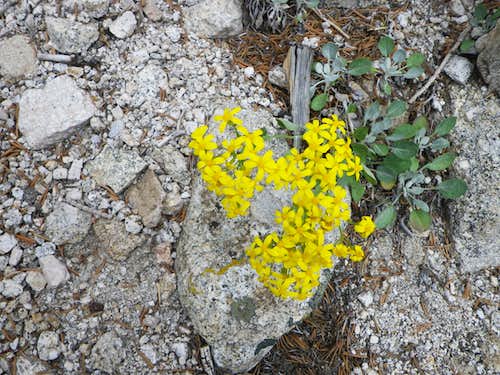 Flowers encountered on the descent 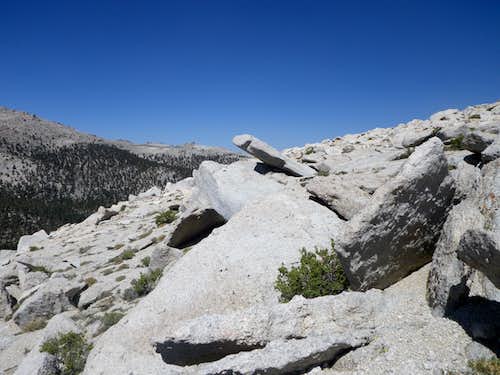 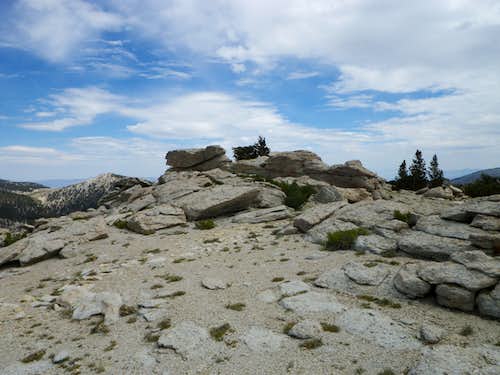 The summit of Flat Top

To return, just descend the south side anywhere, then hike east between Flat Top and South Fork to find the Cottonwood Lakes Trail again, and take the trail back to the trailhead.

This route is about 6.5 miles round trip, with about 1,500 feet of elevation gain.

Information on permits and restrictions can be found here:

Flat Top never closes, but Horseshoe Meadows Road does, seasonally.  The road is not plowed.  When the gate is locked the approach is long and arduous.