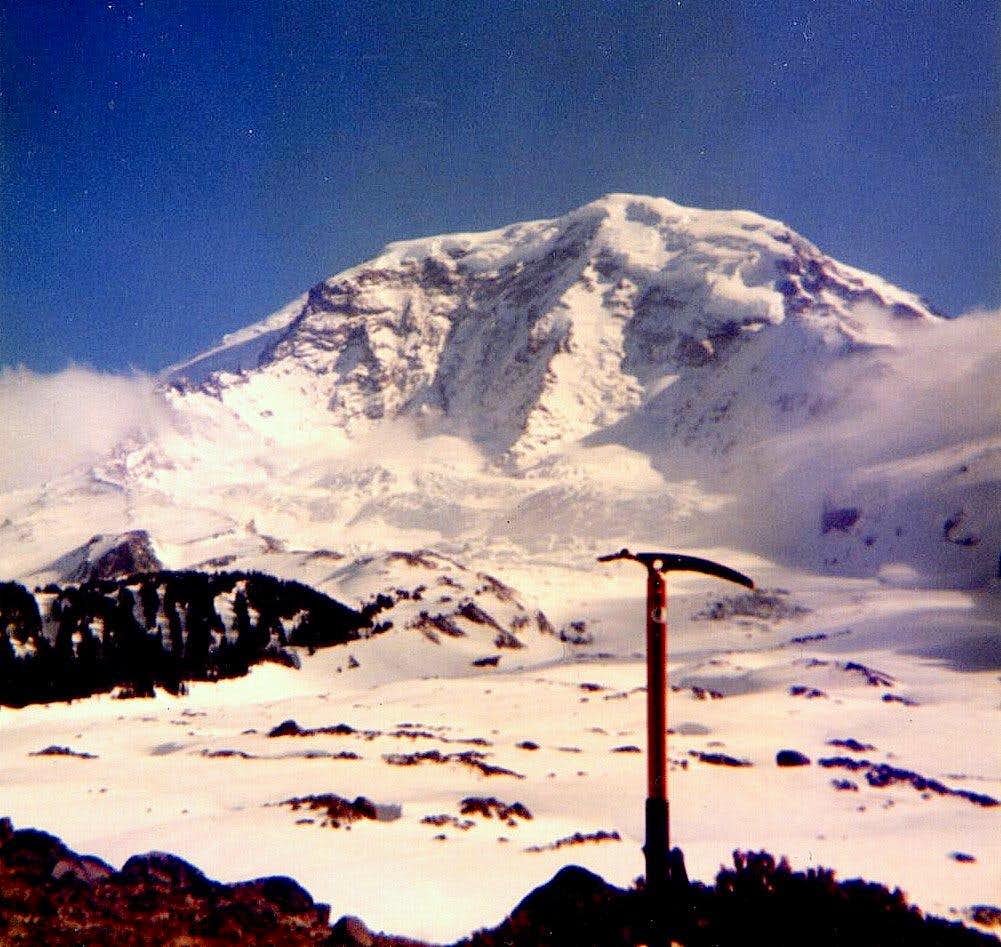 "On Rainier, it was the last big unclimbed face. And everybody knew it had a lot of risk associated with it because of avalanche conditions that prevailed much of the year," said Jim Wickwire, a Seattle climber who made several pioneering climbs on Willis Wall. "If it hasn't been climbed in 10 or 11 years," Wickwire said, "it means the reputation is relatively intact." Anyone who sees Willis Wall hardly needs to be convinced of its danger. The wall encompasses the avalanche-scarred stretch of Rainier's north face between Curtis Ridge and Liberty Ridge. It rises from the Carbon Glacier some 4,000 feet to meet ice cliffs spilling from 14,112-foot Liberty Cap, the lowest of the three prominent nobs on the mountain's broad summit. Chunks of ice and rock frequently careen down the wall in warm weather and scatted debris down its 50-degree sides. In 1999, the body of a climber who tumbled onto the wall from Liberty Ridge was pushed 50 feet downhill and buried beneath several feet of avalanche debris in just one night. "There's no way to effectively manage the rock fall, the risk. You're always under it, no matter where you are on Willis Wall," said John Krambrink, former chief ranger at Mount Rainier. "You are exposed all the time until you get to the top." (Tacoma News Tribune - February 27, 2001) The north face of Mount Rainier, looking across the Carbon Glacier atop Point 6342, just west of 6,500' Mineral Mountain. (Photo taken in June of 1985; scanned from 35mm picture.)
« PREV NEXT »

A photo that brings back great memories of Liberty Ridge.
Willis Wall has never looked more awesome.
Thanks for the historic background. If you have ever slept on Liberty Ridge, you know that Willis Wall will keep you awake all night.
cheers,
Marc

Yeah, I'm taking your word for it !

(It looks so much more vertical than 50 degrees!)

It awakens my senses just by looking at it !!