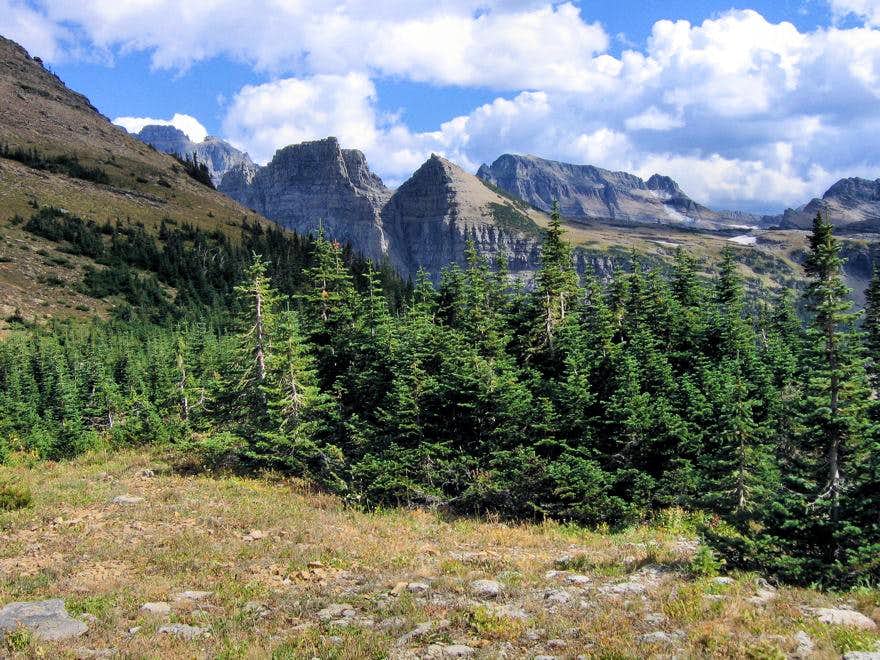 The view from Stoney Indian Pass is nothing short of phenomenal! Left to right in this shot is Mount Merritt (10,004'&#151far left in back); then, the somewhat mishmash of peaks dominating left-center foreground are known as Pyramid Peak (highest point is 7,933'); and the large flat-topped mountain to the right is Ipasha Peak (9,450'). Point on the far right, running out of photo, is not named. Photo by Vernon, September 6, 2007.
« PREV NEXT »