The Bartolomeo GASTALDI hut is the mian hut of Valli di Lanzo. It is build near the large basin called Crot del Ciausiné, not far from the SE face of Bessanese, and is composed by two buildings.
The new hut with 70 beds, restaurant service, toilets and showers, open with a keeper from 01/04 to 15/09 and the old one with 20 beds always open, used as winter hut. 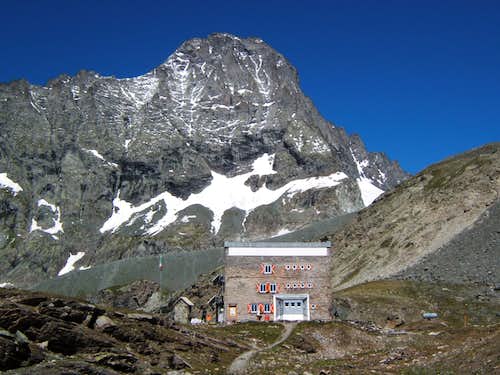 Pian della Mussa - where you can find car park, a couple of small bar/restaurants and the refuge Città di Ciriè (reachable by car), nearly the end of the road there is a visible signpoint for "Rif. Gastaldi" (trail number "222"). Follow the indications (red painted signpoints and pyramid of stones), cross the torrent Stura over a bridge in direction of Rocca Venoni, a big stone, behind it there is a typical stone made house locally called “alpe” or “gias”. Proceed on a steep slope on the right bank (hydrographic, left bank mounting) of the Canale delle Capre and ascent on S direction crossing the plain called Pian dei Morti and overcome the alpine pasture Gias della Naressa - 1 h. Proceed following the indications on S direction in a slowly ascent, the path cut a long grassy slope, then turn right and continue on a sequence of turning, overcome some steep rocks and reach the basin called Crot del Ciausiné and in a few minutes reach the Gastaldi Hut. 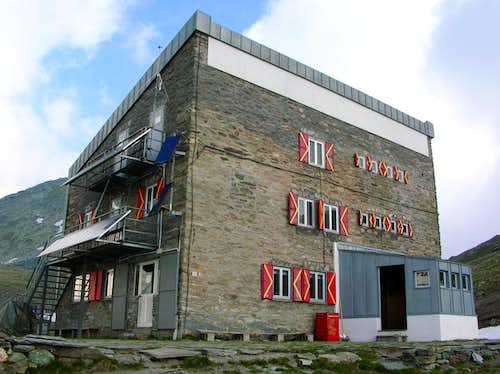 From Turin motorway A55 exit Venaria Reale follow indications for Lanzo Torinese and go on through Germagnano and Ceres, here you enter in Val d'Ala, continue passing Ala di Stura and Balme and reach Pian della Mussa (1830 m.) where the road ends (78 km from Turin).

There are no fees or permits.
Pay parking at Pian della Mussa, at the start of the route to Rifugio Gastaldi, there are no limitations for climbing and hiking. No problem for one night free camping, take care of nature as usual!

The old hut was build in 1880 and dedicated to Bartolomeo Gastaldi, a famous Italian geologist and president of Italian Alpine Club from 1864 to 1872. 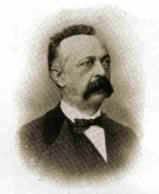 Bartolomeo Gastaldi
In the 1903 the CAI section of Turin start the building of a big hotel hut near the other one, and open it in the next year, but only four years later it was quite completely destroyed by the fire unintentionally broke out from some alpinists. Two years later in 1910 the hut was rebuild exactly as before. In October 1944 the Nazi-fascist set another fire during the fight with the Partisan troupes, that use it as base for reach the France.
It takes a long time to re-built the lodge, in those years alpinists used the old and rustic hut, but in 1970 the new hut was opened, and it remained quite the same as today. 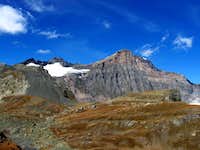 You can get whether forecast at this site:
www.nimbus.it
www.regione.piemonte.it official site of the Regione Piemonte
www.meteofrance.fr