Genesee Mountain is part of Genesee Park, the oldest and largest unit of the Denver Mountain Park system. Genesee Park is made up of 2402 acres that straddles I-70. The park was established in 1916 and the majority of the land was acquired between 1916 and 1926.

In addition to Genesee Mountain, Genesee Park also is the home of a buffalo herd, 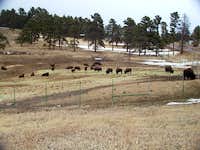 Genesee Mountain is the 3,462 highest ranked peak within Colorado.

From Genesee's summit there are views of Lookout Mountain, the Eastern Plains, Mount Morrison and the house featured in Woody Allen's "Sleeper" to the east; Pikes Peak way off to the south; Bergen Peak and Mt. Evans to the west and innumerable unnamed summits and valleys in the immediate vicinity. The views to the north are somewhat obsured by the pine trees growing on Genesee's northern slope.

On the southern slopes of Genesee Mountain there are many picnic sites that include grills, tables and restrooms. Additionally there are a few shelter houses.

To get to Genesee Mountain take I-70 west of Denver to the Genesee Park exit (exit 254) and turn south. Just past the interstate turn right (west) and follow this road as it twists and turns around the northern and eastern slopes of Genesee Mountain. After a few miles one comes to a large parking area which is surrounded by picnic tables and shelter houses. The drive continues on up to the summit where there is another much smaller parking area that is perhaps 200 feet, and 30 feet of vertical gain from the actual summit. The road is blocked off past the picnic area during the winter months.

The quickest and easiest way to "climb" Genesee Mountain during the non-winter months is to drive to the parking area at the summit and then walk the remaining 200 feet or so to the relatively flat summit which has about three small rocky outcroppings, none of which are big enough to do much, if any, bouldering on. 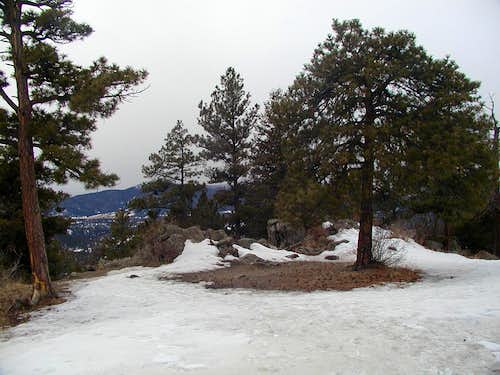 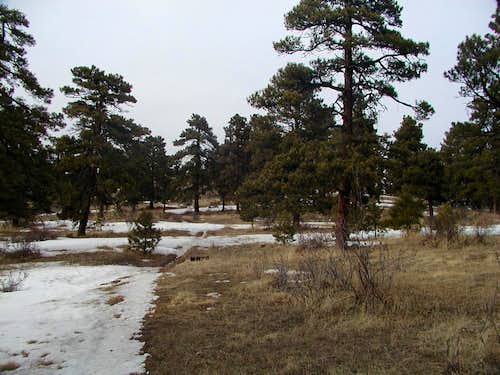 For a slightly longer hike park at one of the pull-offs on the eastern slope and hike west through the open forest to the summit.

The last and hardest would be to park at the park-n-ride lot near the exit off of I-70 and hike south up the steeper northern slope. The northern route has relatively dense undergrowth that can still be traversed with careful route selection. Straight line distance from the park-n-ride to the summit is between a half-mile and a mile. 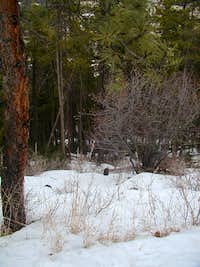 There are no fees or permits to use Genesee Park.

There is camping at the nearby Chief Hosa campground, however there is no camping outside of the campground within Genesee Park.