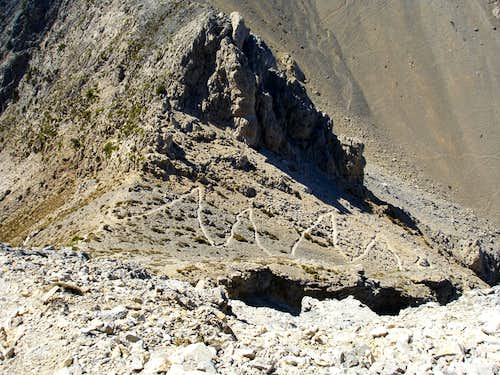 The White Mountains or Lefka Ori is the major mountain range in West Crete. They mountains are made of limestone and called White Mountains because they are covered in snow until late in the spring. In the summer, the sun reflected on the limestone summits makes them appear white. The highest summit I nthis mountain range is Pachnes (2453m) and there are 58 summits that are higher than 2000m. The centre and southern part of the White Mountains lying at an altitude of 1800m and above are a moon landscape technically called a high desert and unique in the northern hemisphere. The White Mountains also have about 50 gorges, the most famous being the gorge of Samaria, one of the longest gorges in Europe. The summit of Gingilos (2080 m) is probably one of the most popular mountain walk in West Crete. It is located in the western range right above the entrance into the Samaria gorge and it is one of the more popular hiking destinations. Its popularity is based on its accessibility. You just get yourself to the entrance of the gorge of Samaria and the path upwards starts there, the summit is the most impressive looking point in Western Crete, the views along the walk and from the summit are superb, embracing both the Aegean sea, the North coast of the island and the Libyan sea to the South. You also get a good bird's eye view of the upper part of Samaria gorge and can see the summits of the central White Mountains to the East. The path has been substantially improved some years ago (at least two thirds of the way – from start to the saddle) and makes the walk much easier than it used to be. According to Greek mythology, one of the Titans living on Crete slashed the land with his knife to create the gorge while Cretan-born Zeus, the god of the heavens, placed his throne on top of Mt. Gigilos and raced his chariot on the nearby mountain plain of Angathoti. 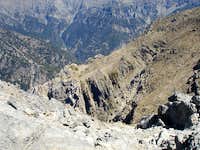 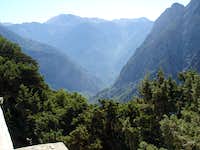 There are only a few roads leading into the White Mountains, and the most important is the road to Omalos plateau to the entrance of the Samaria gorge. The famous plateau of Omalos is surrounded by the high crowns of the Lefka Ori (White Mountains) at 1,040 to 1,250 meters and is just 38 km from the town of Chania. The plateau of Omalos is the physical border and "meeting" point among 3 from the 5 counties of the prefecture of Chania, namely Kydonia, Sfakia and Selino. The ascent to the Mount Gingilos starts from the restaurant located above the entrance to the Samaria gorge in Xyloskalo (the highest part of the Omalos plateau) at 1,250 m high. which is also the entrance point into the National Park. The name Xyloskala means "wooden staircase" and originates in the fact that in the past, the inhabitants of the gorge had built a sort of staircase out of pieces of wood and tree-trunks in order to get in and out of the gorge. This is because the entrance of the gorge is a very steep drop which would otherwise have had to be climbed. In Xyloskalo (at the entrance to the Samaria gorge) there is a forest outpost and information centre with small museum about Lefka Ori and Samaria. If you get there with your own car you can park the car at the parking in front of the restaurant at the entrance to the Samaria gorge. Alternatively there are public buses going from Chania to Omalos every morning (only when the gorge is open). If you are not alone, you can share a taxi to Samaria gorge. The cost from Hania is no more than Euro 40. 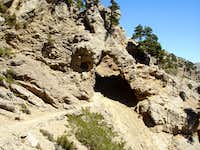 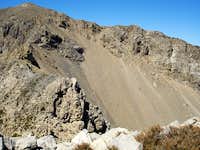 The mountain can be climbed year-round, no technical climbing gear is required. On dry trails, usually free from snow from late june to late november, only hiking shoes are needed. Gingilos is one of the first mountains to the West of the White Mountains and weather changes can happen very suddenly (bad weather generally comes from the West). Whilst the walk to the saddle presents no problem in bad weather and poor visibility, high winds and fog from then on are extremely dangerous. In case of bad weather return immediately and as quickly as possible to the saddle. Do not attempt to walk to the summit if there is snow, even in good weather unless you are experienced and know the route well. The walk to the saddle in early spring can also be snowed in in parts and could be dangerous because there are some passages with steep drops where you cannot afford to slide down. On the walk down, people often get tired legs and knees (it is a long descent) and have to pay special attention not to stumble in the last part of the walk. Although the path is well marked it is stony. If you want to ascent to Mt Giglios you don’t have to pay an entrance fee of Euro 5.00 to enter in the Samaria gorge. It it located in the National park of Samaria but the path starts right above the entrance to the national park. Parking is also free.

The camping in the National park is forbidden but if you want to spend a night in the Omalos village there are a few cheap rooms for rent. The village is located in the centar of Omalos plateau some 3 kilometers before the entrance to the Samaria gorge.

After the saddle towards peak there is a very deep and dangerous chasm (precipice). Lot of people died there as they didnt see the dark hole of the chasm. There is a sign warning climbers. But with snow or fog its difficult to see....!!

Its harder than it seems

The hike is 3.3hours long. Also it has some moderate difficulty rock climbing after the saddle. Beware: The trail might be kinda hard to spot on the last accent due to rockfall and lastly the terrain is pure rock and not dirt