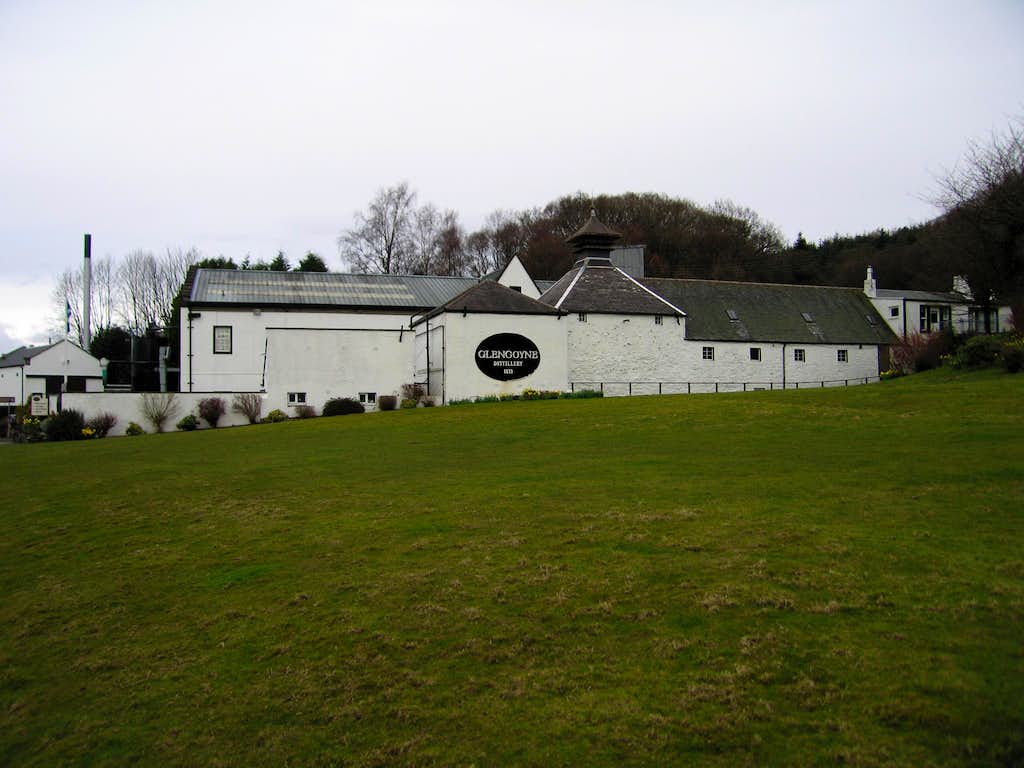 Founded in 1833, the Glengoyne Distillery sits just off the West Highland Way at the base of Dumgoyne. Most distilleries in Scotland dry their barley with smoke from peat fires, but Glengoyne uses only warm air resulting in a distinctive flavor when compared to whisky from other distilleries. Glengoyne is a Highland whisky. The A81 road in front of the distillery marks the dividing line between the Highlands and Lowlands, and the whisky is aged across the street. This results in a whisky that is distilled in the Highlands and matured in the Lowlands. Photo taken April 2008, during a trip along the West Highland Way.
« PREV NEXT »