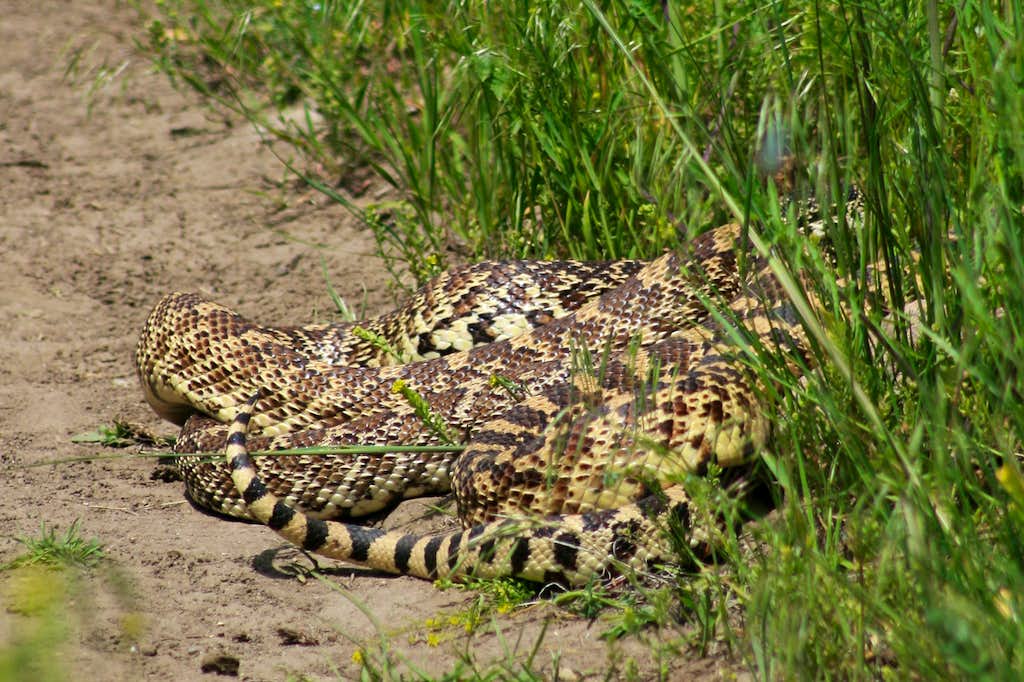 No one will be watching us . . . why don't we do it in the road? Two gopher snakes share an intimate moment on the Yellowstone River Trail, in the Black Canyon of the Yellowstone. They came as quite a surprise to us since the pattern on their skin looks like a rattlesnake when you're jumping backwards. However, they are in fact gopher snakes. The lack of rattle on the tail of the one closest to us was a decisive, and reassuring identification. We assumed that the other snake was of the same species, since this tangle was "kinky" enough as is. After a couple of minutes they untangled themselves and then went off to the left, one by one. June 2008.
« PREV NEXT »

Glad that you were able to decipher the
difference! Beats shooting a crossbow over
their heads to scare them away, doesn't it??

Glad you were amused. We left our crossbows and flaming bolts at home this time since we were in a national park.

Is this bringing up that old rattlesnake thread? haha

Yeah, Larry is referencing a picture I posted to that thread.

We didn't want to shoot these two, though - - look's like Cupid's arrow had already hit them!