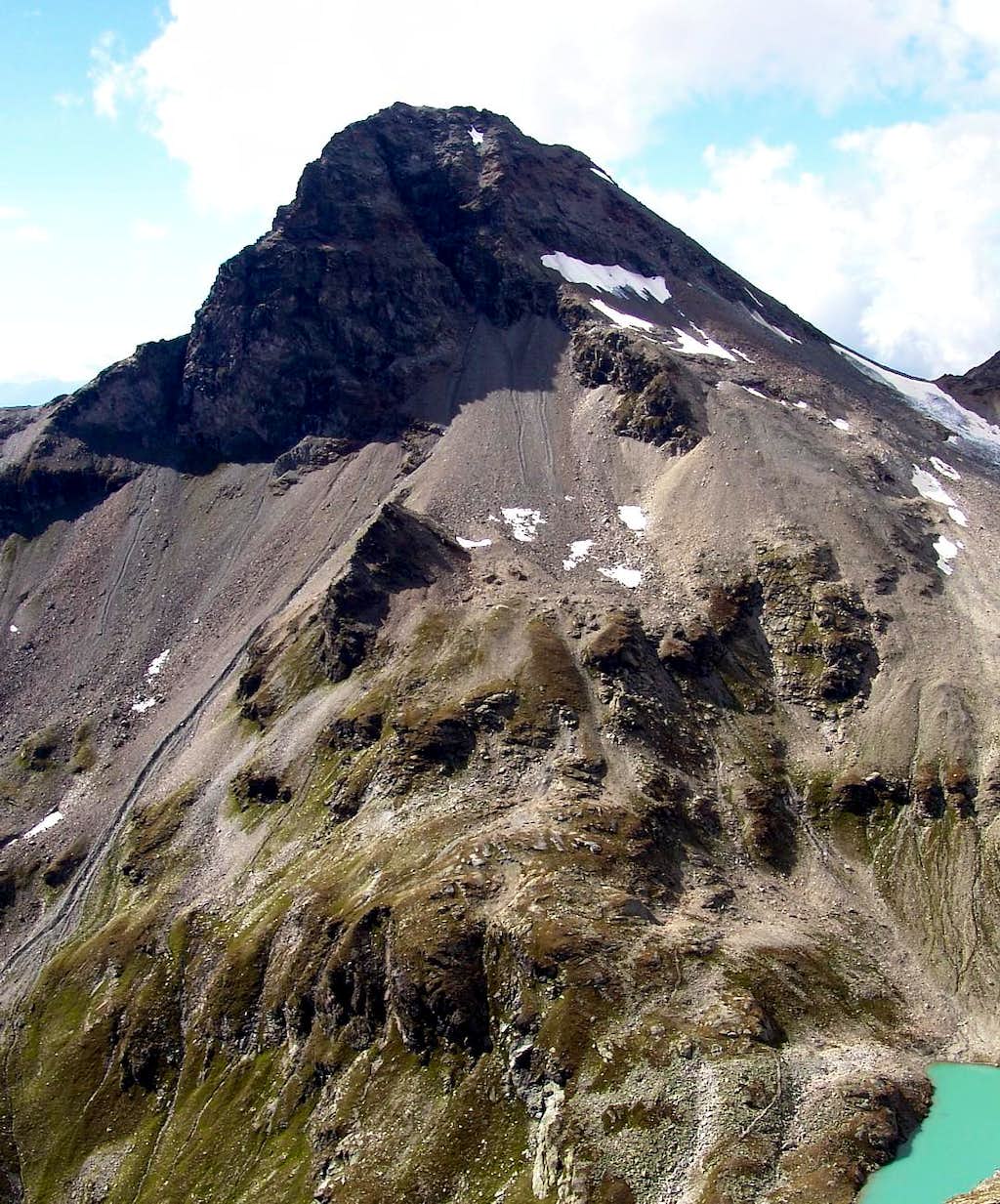 Gran Becca du Mont (3214m; true Summit not visible, because in back to West) Eastern Antesummit (3158m; in foreground). View from Mont Arp Vieille and from left or West: Southern Ridge to Mont's Hill (alternative route, practicable)), Southeast Wall with rocky Couloir (possible via, but dangerous) and North Crest or Standard Route to Sachère's Pass In bottom: the Saint Grat Lake. Picture by Emilio Bertona (Sep 19th, 2004)
« PREV NEXT »