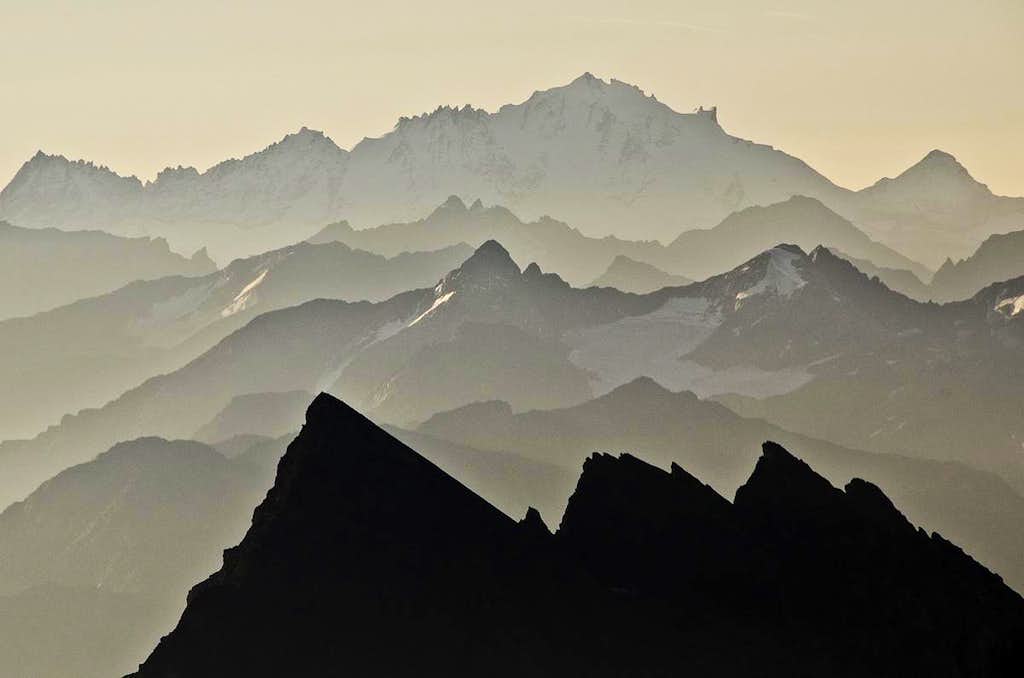 From where was that taken?

Thanks! That one was taken from the summit of Petit Mont Blanc.

agree a really good one!

Re: agree a really good one!

...of an elusive summit. I have just posted a TR which included an ascent of Gran Paradiso (Alps 2012: International Expedition) and I included a rather distant view I took in 2009 from Mont Blanc. Yours is much better - would you mind if I use it instead (duly acknowledged of course)?

Also I see your photo was taken in September, which is when we climbed GP - do you recall which day you took the photo? (we were there on Sept 6th - would be an amusing coincidence if it was same day... could say "this is us on Gran Paradiso!")
Best wishes
Mark

Thanks a lot Jake - have put it on with the suggestion that if you look carefully you can just see us...
best wishes
Mark

You are welcome Mark!