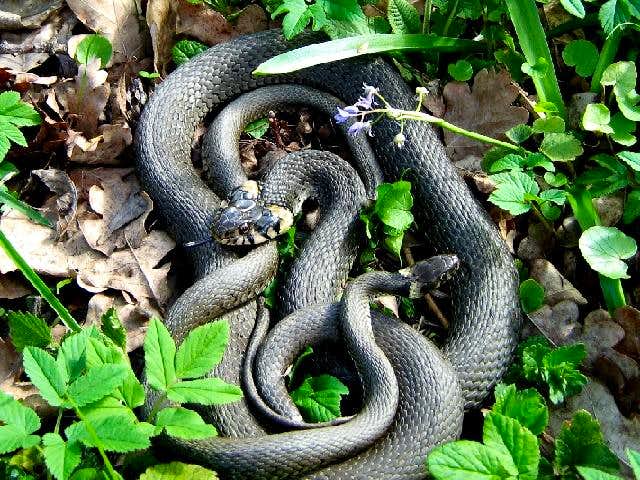 Two Grass Snakes (Natrix natrix) photographed during their mating season in the meadow near Black Creek on April 12, 2008. The Low Beskid. The Grass Snake (Natrix natrix) is non-venomous and harmless to humans. It likes wet areas near mountain streams and creeks. The female is much larger than the male and can be from 85 do 150 cm long. The male's length ranges from 70 to 100 cm. Their mating season begins during April or early May after which the female lays about 30 eggs. The eggs hatch after two months and young look just like the miniatures of the adult snakes. Natrix natrix 's diet consists mostly of frogs, crested newts and fish. Grass snakes are hunted by storks, herons and buzzards.
« PREV NEXT »