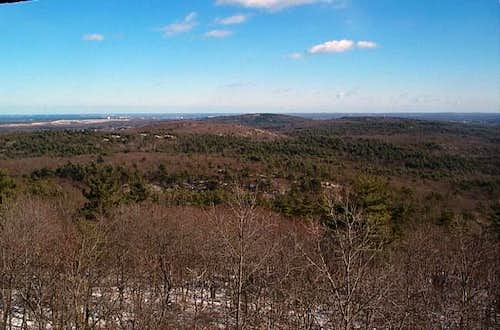 Great Blue Hill Located in the Blue Hills south of Boston is the highest peak in this range. Home to a lookout tower, a weather facility, and a ski area. Great Blue Hill sees a lot of traffic almost anytime of year. There are a large number of trails of varying difficulty that travel up to the summit as well as around the summit.

There are two notable structures on the summit. The observatory and the Eliot Tower. The weather observatory gives an educational opportunity about how weather affects both the hills and the region itself. The Eliot Tower named for the founder Charles Eliot gives another set of views from the summit. It should be noted that on a clear day you can see all the way to Mount Monadnock in New Hampshire as well as the entire Boston Skyline from the summit of Great Blue Hill.

It should be noted that Great Blue Hill is the highest summit near the Atlantic Ocean south of Maine. 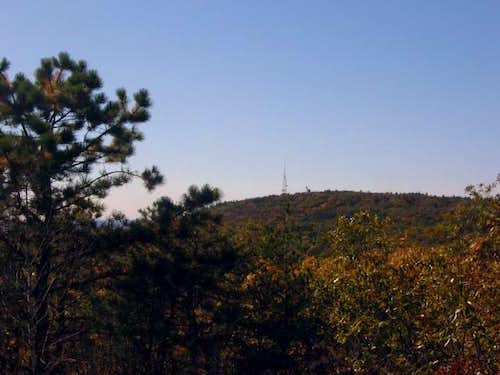 VIA THE RESERVATION HEADQUARTERS: From I-93 take Blue Hills River Road North (Exit 3) roughly a half-mile to Hillside Street. Make a right on Hillside Street and continue until you reach the Reservation Headquarters (on your left) right by the Massachusetts Police Station. Parking will be on both your left or your right.

VIA THE TRAILSIDE MUSEUM (WESTERN SIDE OF THE PARK): From I-93 take Exit 4, Blue Hills Avenue north past the first set of light. The Trailside Museum Parking Lot is located about a mile and a half north. The ski area parking is located right next to the Trailside Museum.

There are no fees at the park. However, the park is only open sunrise to sundown.

Camping is prohibited in the Blue Hills Reservation.

Here are a number of different numbers for more information.

There is a nice large trail map available at the Trailside Museum and the Visitor Center. It cost $3 as of 11 Jul 2021 and was on the honor system (cash only into a wooden slot).