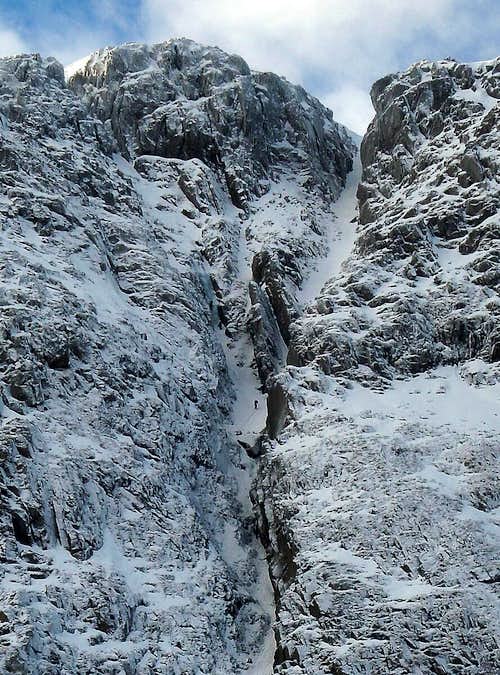 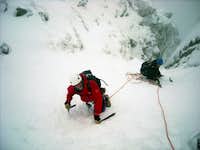 Above the Second Ice Pitch Central Gully
Great End (910m) can be found in the Southern Fells of the English Lake District (British Grid NY226084) in the Lake District National Park.

Situated at the North East end of the Scafell Range, the crag is often visited by hikers on a traverse of the range as a subsidiary peak to Scafell Pike but in winter in comes into its own as one of England's premier winter climbing venues.

The summit gives scenic views down to Sprinkling Tarn below and to Skiddaw and Blencathtra looking over Borrowdale and Derwent Water to the north; to the historical rock climbing crags of Great Gable to the north west and finally back to Scafell Pike (Englands highest mountain)in the South West.

To quote the legendary English walker and writer Alfred Wainwright:

This is the true Lakeland of the fellwalker, the sort of terrain that calls him back time after time, the sort of memory that haunts his long winter exile. It is not the pretty places - the flowery lanes of Grasmere or Derwentwater's wooded bays - that keep him restless in his bed; it is the magnificent ones. Places like Great End...

To the fellwalker it is a magnificent place but to the climber it really does comes into its own in the winter. The crag, rising over 600 feet from the tarn below,is North East facing. This aspect ensures that the sun rareley touches it so that the gullies can hold there snow until spring. These gullies and the buttresses in between, provide some of the best, and most popular, winter climbing in the English Lakes.

The crag is split by the obvious Central Gully which offers the most popular routes (Winter II/III)for the lower section and upper right hand and left hand branches.

To the right (approx 100m) lies the less obvious Window Gully (II/III) and then the popular Custs Gully and Branch Gully (Grade I).

Further along from Custs Gully lies a ridge known as the Band (Grade I).

Even further along and accessible from the Corridor Route lies the delightful Skew Gill. (Grade I/II), This route combined with an ascent of either Custs Gully, Branch Gully or Central Gully provides a fantastic mountaineering route to the summit.

Other routes of all grades are also are available on the buttresses.

CAUTION: Central Gully is prone to avalanche so the conditions should be assessed prior to an ascent.  Areas of the crag hold rare flora and there are agreed climbing restrictions with local climbing groups, the British Mountaineering Council (BMS) and conservation groups.These routes should only be climbed in full winter condition. 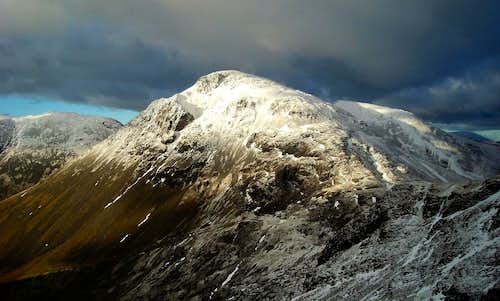 Great Gable from the Corridor Route

The easiest and most popular start to an ascent of Great End is from the farming community of Seathwaite, the head of the Borrowdale Valley from Keswick. There is ample parking here; however on bank holidays it can become very busy...arrive early!

Seathwaite has the distinction of being the wettest inhabited place in England, so its best to arrive prepared for the worst!

From Seathwaite the most direct ascent of the Great End is to follow the path through the farm to Stockley Bridge. To approach the Great End direct pass over the bridge and take the left path alongside Grains Gill.

If the the mountain is to be approached via Skew Gill or Scafell Pike head directly over the bridge on the Styhead Tarn path. From Styhead Tarn take the scenic Corridor Path and skew Gill is the first large gully on the left. For Scafell Pike keep heading up the Corridor Route to Lingmell Col and then onto the summit. From here head down the range past Ill Crag to the summit of Great End. 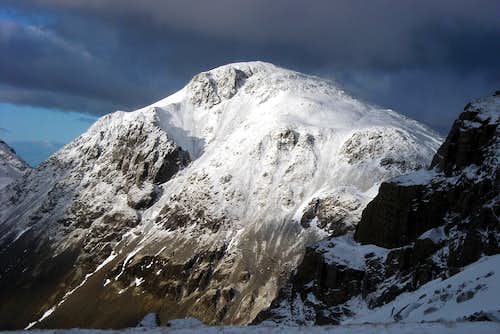 Great Gable from the Corridor Route after ascent of Central Gully 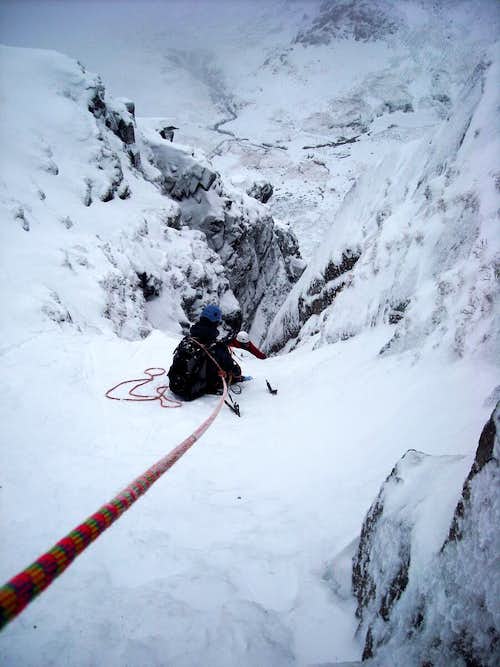 Above the second ice pitch.

No Red tape as such but the start of the route is though a working farm and the area is in a National Park...please respect the Country Code. 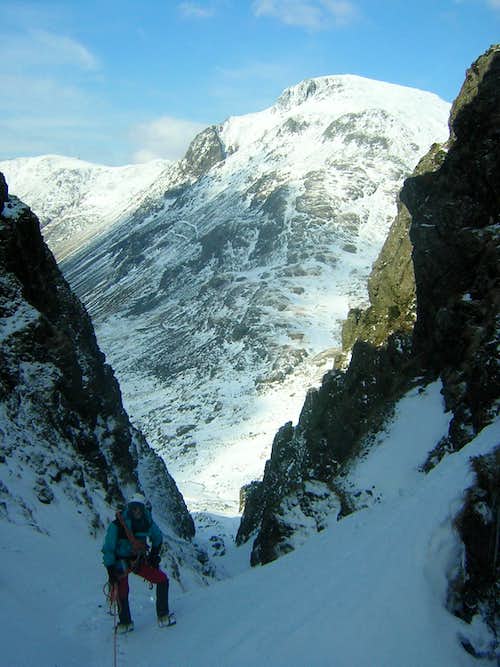 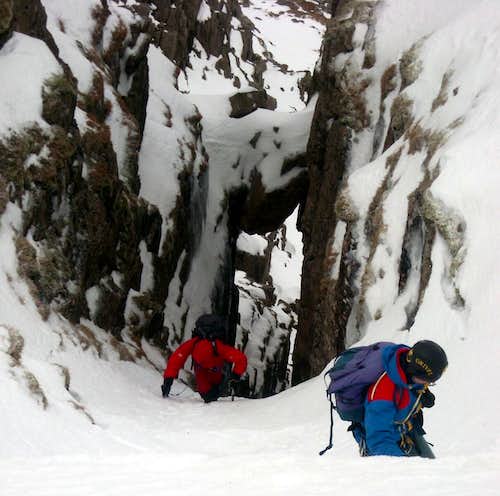 There is camping at Seathwaite and down the Borrowdale Valley. Climbers are known to wild camp around Styhead Tarn and Sprinkling Tarn

GREAT END AT ITS BEST

Map of Great End and the Scafell Group 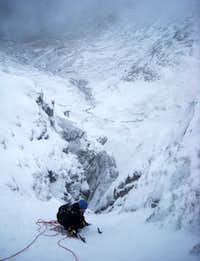 Above the second ice pitch