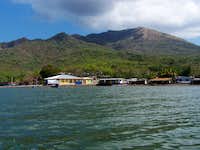 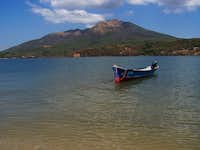 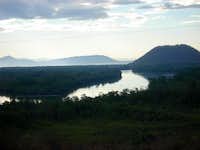 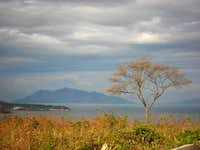 The Gulf of Fonseca is a shallow depression located on the Pacific side of the Central American isthmus. This area is shared by Nicaragua, Honduras, and El Salvador and covers an area of approximately 3,200 km². The coastline of the Gulf extends for 261 km, of which 185 km are in Honduras, 47 km in Nicaragua, and 29 km in El Salvador.


The fringes of this fertile volcanic landscape are indented by a seemingly endless series of winding lagoons - all covered by mangrove swamp.

This marine environment is an integral part of the ‘Pacific Central American Coastal Large Marine Ecosystem’ (LME) which extends along the Pacific Coast of Central America, from Cabo Corrientes in Mexico to the vicinity of the equator. The extensive mangrove wetlands of the GOF are one of the most important shrimp nurseries associated with this LME. The climatic conditions in the GOF are influenced by atmospheric phenomenon typical of tropical and subtropical regions, which create two distinct seasons, the rainy and the dry, referred to locally as winter and summer.


The Gulf receives nearly 80% of its total rainfall (1400–1600 mm of rain per annum) during the rainy season from May to November (Honduran Secretariat of Industry and Commerce, 2002: 23). This is particularly important for the formation of seasonal lagoons throughout the south, which are also believed to influence micro-climatic conditions during those periods.

The dry season occurs between December and May and contributes to an annual evaporation rate of 2800 mm. As a result of less water flowing into the GOF, the currents tend to flow inward from the Pacific Ocean, levels of salinity in the estuaries increase, and seasonal drought occurs. Levels of salinity affect the population of shrimp postlarvae in the estuaries which naturally has influenced the supply of postlarvae for the industry to capture to stock the ponds.

The vegetation in the wetland ecosystem is dominated by species of mangroves, leading local people to refer to the areas as manglar . Mangroves are evergreen trees found in inter-tropical latitudes in the inter-tidal zone between land and sea. Mangrove forests are generally located along sheltered coasts, estuaries, and in deltas, and are influenced by tidal regime, differing conditions of salinity, and rainfall regimes; they are also found around islands off-shore. The forests are composed of halophytic trees, shrubs and other plants that grow in the brackish to saline tidal waters found along coastlines. The defining feature is usually their dense and tangled prop roots that are periodically inundated by the high tide.

(Only in spanish audio) 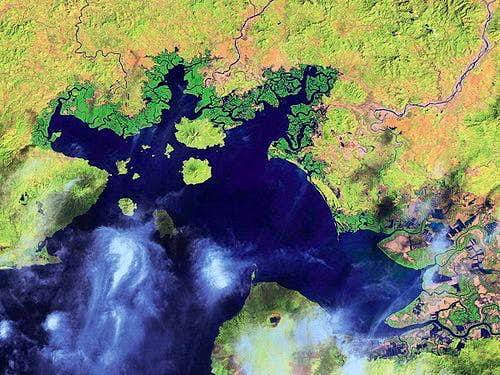 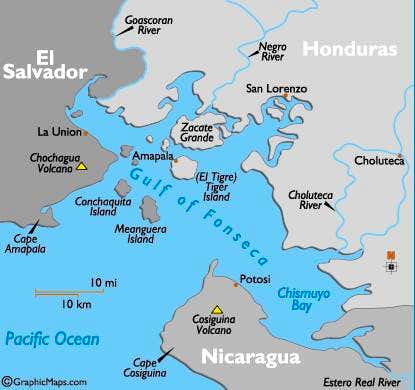 Is possible to camp in many areas, hotels, beaches, camping areas in volcanoes or ecoturistic projects, farms, etc.

The Gulf of Fonseca.
My own site