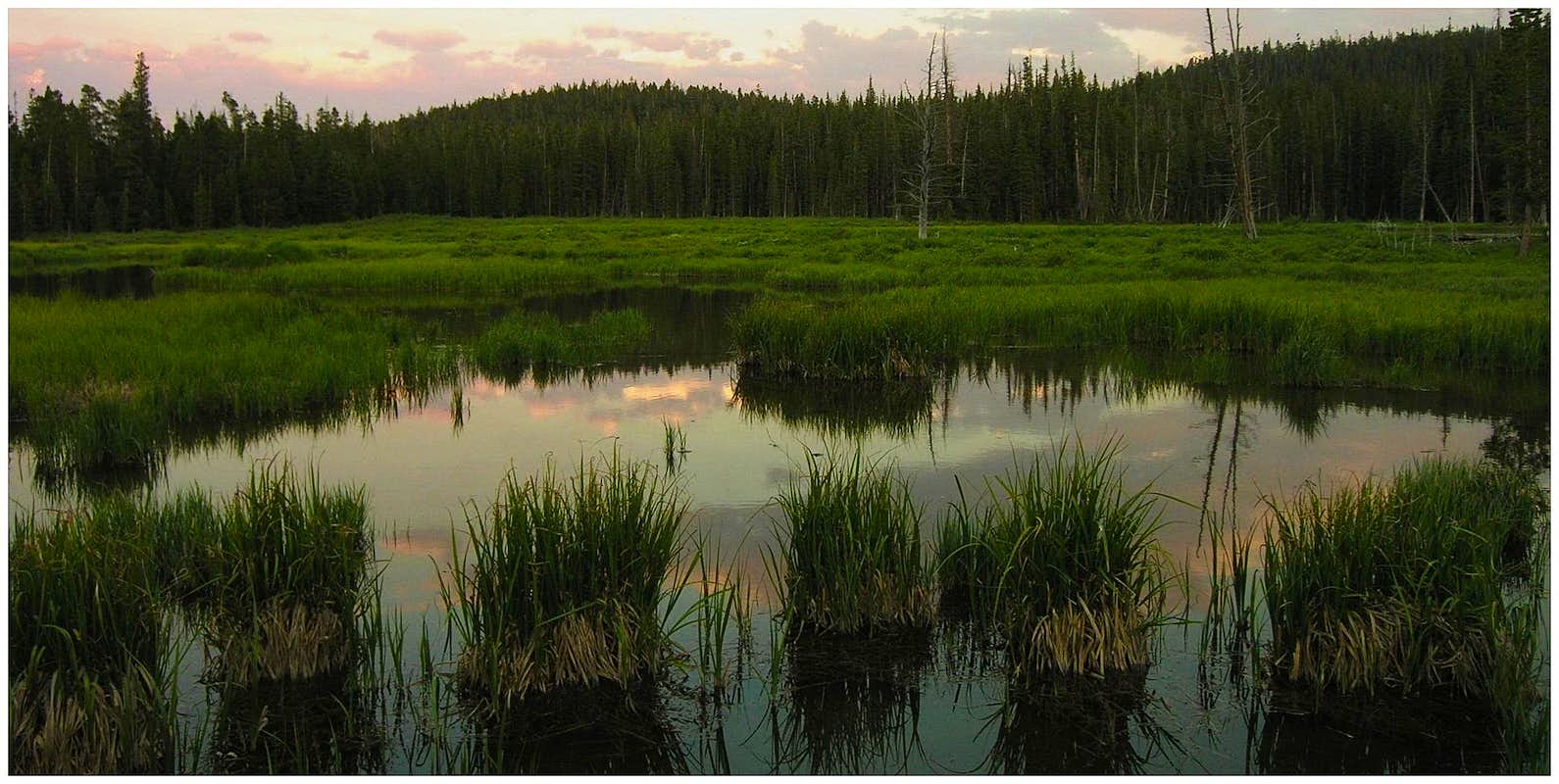 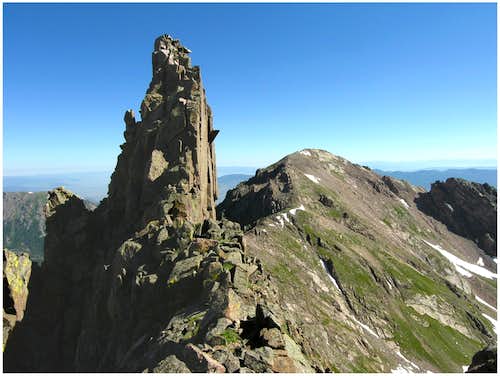 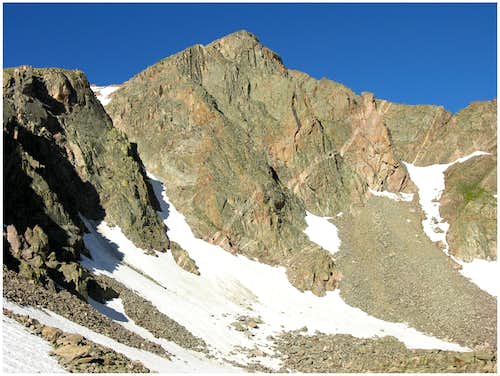 One of the few officially named peaks in the central Gore Range is actually an unranked peak. Guyselman Mountain (13,140-ft) or Peak M does not meet the 300-ft rise/drop criteria from its parent Peak L to make its summit officially ranked. In fact, Guyselman is really just another jagged high point along Peak L’s great northeast ridge. The ridge runs its northeast course from Peak L and abruptly ends at Guyselman’s summit before splitting into two spur-ridges. It’s here where Guyselman Mountain gets its official name. The two rugged ridges leading away from Guyselman’s pinpoint summit provide a climactic view from Hwy 9. From Guyselman, the northern spur harbors two more unofficially named summits, the officially ranked Peak N (13,121-ft) and the unofficially ranked Peak O (12,940-ft) or Little Powell. Peak N is the beautiful mountain that dominates a view from Hwy 9 and provides a classic “bookend” to the ridge. From its summit, the long ridge descends past a flat area called Peak O and finally disappears into the trees above Lost Lake. Not really sure why Peak O has a name, its not prominent from any vantage and easily gets swallowed up by its higher, parent peak Peak N. Across the Blue River valley from the Ute Pass area, this group of summits views as its own massif. Aided by two very deep drainages that flank both sides, the Guyselman massif is one of the most beautiful mountain vistas in central Colorado. The far and away Slate Creek Drainage graces the south slopes of the massif and the super remote and rarely visited Black Creek Drainage protects the northern slopes. Both watersheds are protected with loads of private property making access an enormous obstacle. One could argue that the Black Creek Drainage is one of the top 2 most remote places in Colorado. 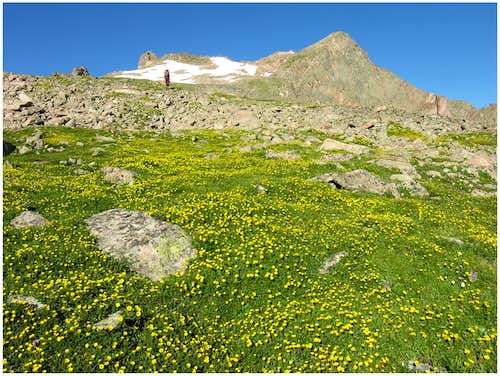 The beauty of Guyselman Mountain and Peak N resides in how remote they feel and how obscure they are. Attaining their summits is not easy. However, with the right route the summits can be had, for a price. I will describe a route, which includes both summits. I will also describe an approach that includes the entire repertoire of terrain; a nasty bushwhack, and a never-ending boulder field traverse loaded with car sized boulders. The descent from Peak O to Lost Lake will go down as one of the most laborious efforts of my life. I will never forget it.

From Silverthorne, drive north on Hwy 9 16 miles and turn left on the Heeney Creek Road (CR 30.) If you cross over the Blue River and see the Green Mountain Reservoir, you have gone too far. Take the Heeney Creek Road only 0.6 miles and look SHARP for the “easy to miss” FS 1695 dirt road on the left, it is gated and in the spring/summer it should be open. This road is known as the “Brush Creek Road.” One must be comfortable driving single lane, steep, rocky dirt roads to continue. High clearance, 4wd, and some Jeep muscle is needed to engage the initial half mile. Beyond this initial half mile the road will relent. The road is very steep, and there is enough for one vehicle at a time. Meeting another vehicle on the way up the first half mile will challenge your driving skills. Luckily, there isn’t much traffic in this area. Be aware of a slick mess if it has recently rained. Not good in any vehicle. There is some parking space across the street at the Pioneer Cemetery if you do not wish to drive the road. It’s two miles to the TH. Ascend FS 1695 a half-mile before the road begins to relent. About a mile into the drive, the road will fork, take the left (straight) fork and continue another mile through the trees to the signed Brush Creek TH. There is enough parking here for about 6 vehicles.

“Red Tape” per attm No permits or fees are required. Like all wilderness areas no mechanized or motorized vehicles are permitted within the Eagles Nest boundaries. Wilderness is land set aside as part of wild America, where man can be a visitor. The natural environment has not been disturbed. Travel is restricted to foot or horseback. No mechanized equipment is allowed. For more information, contact the U.S. Forest Service at the # below: Additional Resources: Eastern Portion of the Wilderness: Dillon Ranger District 680 River Parkway Silverthorne, CO 80498 970-468-5400 or Western Portion of the Wilderness: Holy Cross Ranger District P.O. Box 190, 24747 US HWY 24 Minturn, CO, 81645, Phone: 970-827-5715