Half Dome from Glacier Point,... 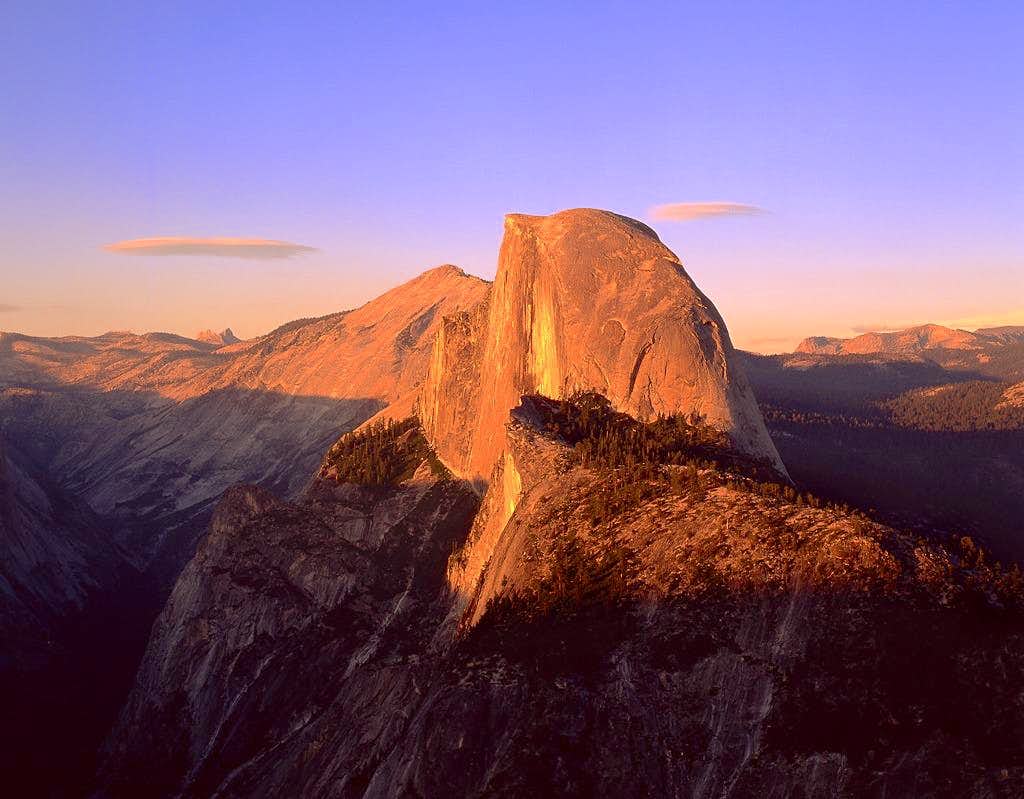 Kenzo, this photo finally spilled a drop over the edge of glass and made me realize: You are my Photo God! I bow to you :-) It is really amazing; where ever you go in the world you make best pictures. This one is no exception!

Gotta love that middle-format camera. If not for its price and its size, I'd switch to one in no time :)

Kenzo - this is a stellar image (as usual). Taken from Glacier Point, I presume...

I agree Misha, mid format is great but too expensive and too heavy and bulky to carry in the mountains, unnecessary if you are not making posters. But that is not the factor with Kenzo's shots; it is great eye and being on right place at right time. This photo wouldn't have been any worse, speaking of colors and composition, with any good digital or 35mm camera.

Wow, what a great picture. I've stood there and taken several pics I thought were good using the best techniques I could with my 35 mm SLR but my pics bow to the photo god too. Beautiful.

Agree and disagree at the same time :)

Camera does make a huge difference, especially when you compare regular 35mm and mid- or large-format. This is why details in Ansel Adams shots are still so mind blowing. But you are absolutely right, the skill and the photographic 'eye' have to be there no matter what camera you use. IMO, a great photographer is created by a combination of talent and some great equipment (and the knowledge of its use).

A lot of thanks for your comment Velebit. I bow to your photos, too. Especially, the photo of your Croatian mountains are amazing especially.

Thanks a lot Misha. When making a business trip to San Francisco, I visited the Yosemite and tooked this photo on the weekend. Fortunately, I met with the good weather.

A lot of thanks for your comment Dean. I enjoyed your wonderful phots on SP and web-site. Thanks a lot!

I'm going to cautiously emerge from lurking and hazard a remark about the medium format camera being too heavy. I'm not sure I agree. There have been a number of interesting photographs taken in the mountains with larger cameras. Ansel Adams, for instance, often took his view cameras into the Sierras. Most of the time he was using pack animals to carry them, but one time, at least -- the time he took his famous picture of "Monolith, the Face of Half Dome" (1927) -- he didn't. He went up there with his wife, climbing directly up the shoulder above Happy Isles (this was in February, I guess they had a favorable forecast). The camera he was carrying was some kind of glass plate camera, about 5x8 if I remember right.

Then there were others. Vittorio Sella was all over the Alps with his large format camera. He took one incredible shot of the Matterhorn with it. Not being familiar with the area I wouldn't know where he took that, but it looks like it was done from an aircraft. If not, then he took it way, way up some pretty big nearby mountain.

When I took my shot of Banner Pk I was carrying, well, you can see what kind of camera it was.

I guess if you want to do technical climbing a smaller camera is more convenient, but larger cameras are not out of the question altogether. It depends on your priorities and determination.

I might not wander around the mountains with that camera again, but in a way I regret not having done it more often, even if it did increase my pack weight by 50% (counting the accessories).

Very nice photos of China: a section of mountains I never knew existed; also, nice photo of Half Dome, which is almost my "back yard" by comparison.

I have great esteem your boldly climbing and impressive photography!

I don't give 10's easily. You ~must~ be a pro to keep delivering countless amazing shots. Arigatoo!

Unfortunately 10 is biggest mark I can give. This photo deserves higher vote... At least 20!
:)

A lot of thanks for your nice comment and vote!

I doubt if there is any existing photo of the Half Dome that can make it up to the simply incredible beauty of this one of yours!
I'm...simply...astounded!

Thanks, Eric. I am very glad you like this.