We were looking for some good snow climbing, and thought that Ruby Mountain might have some potential.  You just need basic mountaineering gear for this route, ice ax and crampons.  It is a fun mountain, close to Denver, and the approach is not too bad.  Peru Creek Road is closed in the winter, but it gets fairly regular XC ski and snowshoe traffic, so there is a decently pack trail. 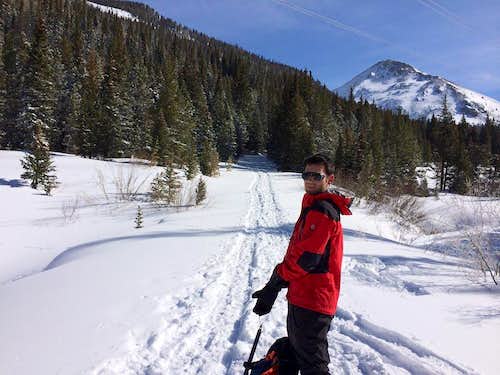 The trail was well packed by snowshoes and skis
If there was recent snow, I would suggest bringing skis or snowshoes for your approach.  As it was, we were able to get by with just boots.  We decided to hike the southwest ridge, as there looked like an interesting couloir there, and this route doesn't seem to get any attention.  We hiked in a little less than two miles, you come to a big clearing right under the route, and turn up the mountain right next to a big sign next to the trail/road.  We had some rough bushwacking through some steep deep snow, but made it above timberline before two long.

We came out of the trees right under the rock band at the base of the Half Einstein couloir. 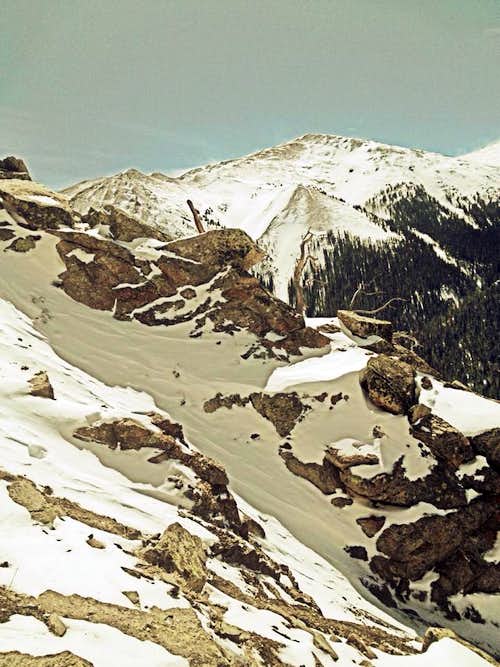 Base of Half Einstein Couloir
The snow in the couloir was hard and well consolidated, so it made for some good front pointing.  You definitely would not want to do this route without crampons and an ax.  Above the couloir, the ridge had a good sized cornice, so we decided to skirt further to the right, crossing a snow field (that you wouldn't want to cross if there was high avalanche danger (we dug a test pit before we crossed) to an area of exposed dirt and rock.  We followed this up to the ridge.  Once you hit the ridge, you can continue up through a rock band (we chose a route that was class 3, some fun places for practicing crampon placement on rock), or, there looks like another good route if you follow to the left under the rock band to a couloir which leads to a false summit (we decided not to do this route because we had a late start).  The ridge is extremely windy, and thereby extremely windblown, so the ground was snow free except for a few drifts.  We encountered 4 or 5 false summits before reaching the true summit; however, it is relatively flat and easy going once to reach the first false summit at the top of the rock band. 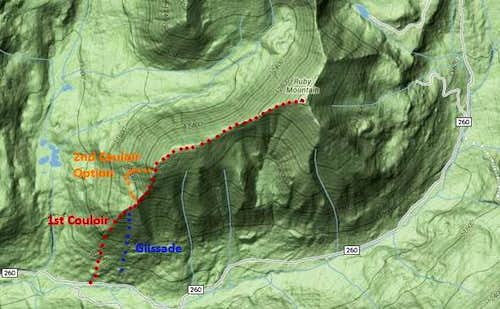 On our return, were were able to glissade from the ridge all the way down into the trees on the snow patch that we crossed earlier, making for a quick descent.  The route took us less than an hour in total to descend. 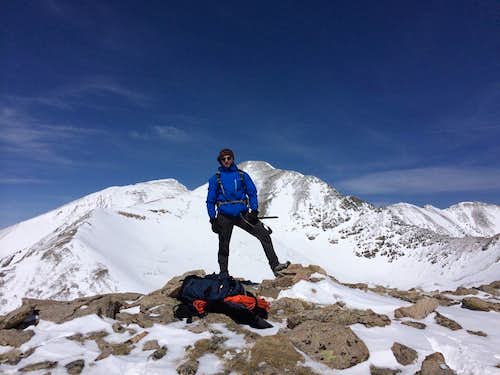 Andy on the Summit 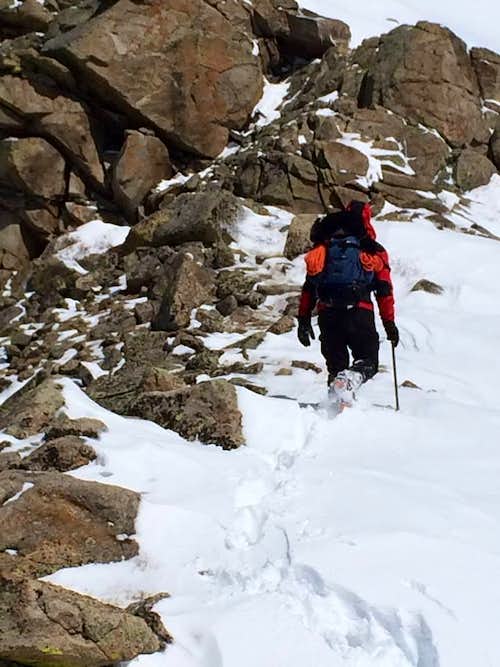 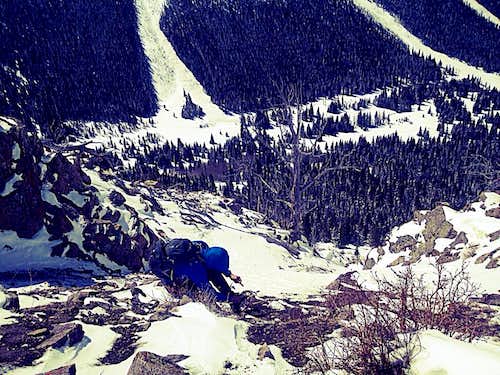 Looking down at the top of Half Einstein Couloir 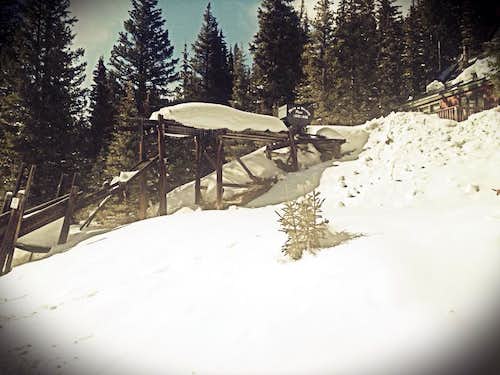 On the way in, you pass an old mine/cabin. As you can see, it was recently hit by an avalanche. 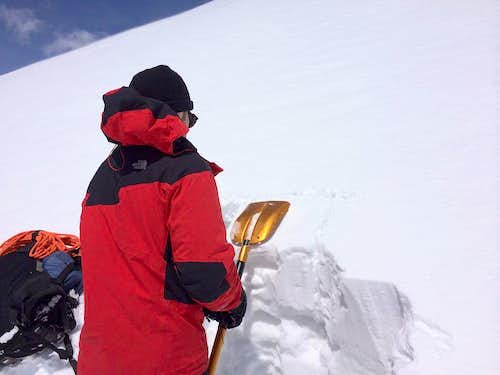 We dug a snow pit to test for avalanche danger on our glissade route.