Halfmoon Mountain Trail: From Woodstock, go south on Route 42 until reaching SR 675. Turn right and follow SR 675 to Wolf Gap, where it enters West Virginia. Continue on this road, which is now CR 23/10. After another 5.5 miles, turn right on FR 509 and follow it until reaching the closed gate in front of the bridge. Park on the right side.

Walk across the bridge, and you will be on the yellow-blazed Halfmoon Montain Trail. Follow this trail for 2.5 miles; the ascent through the woods is mostly gradual. Turn left at the white-blazed Halfmoon Mountain Lookout Trail and follow it for 0.7 miles. At this point, the left fork of the trail leads to views of Mill Mountain and the Great North Mountain ridge. Return to the main trail, and follow it for a steep and rocky 0.1 miles to the sunmit, where there are views of Trout Run Valley, Long Mountain, and the ridges to the west of Great North Mountain.

Bucktail Trail: From Woodstock, go north on Interstate 81 to Strasburg. Take Route 55 west across the border into West Virginia, and continue to Wardensville. Turn on to CR 5/1, and go for 5.3 miles until reaching the parking lot for the Bucktail Trail.

Halfmoon Mountain and the routes to its summit are on public land in the George Washington National Forest. There are no fees or permits required for hiking or camping.

Free camping is permitted throughout the George Washington National Forest except in the immediate vicinity of picnic areas and a few other locations.
There are campsites at the junction of the Bucktail and German Wilson Trail, on the Germaan Wilson Trail about 0.1 miles from the junction with the Halfmoon Mountain Lookout Trail, and near the Halfmoon Mountain summit. 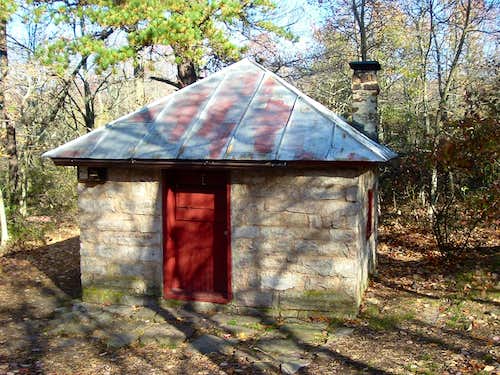 Halfmoon Mountain can be climbed nearly all year round. The hike can be particularly delightful from mid-October through mid-November because of the autumn colors. July and August are the worst months for heat, humidity, haze that limits views, and hostile little critters like ticks, yellowjackets, and mosquitoes. The best time for a summer hike is early in the morning. 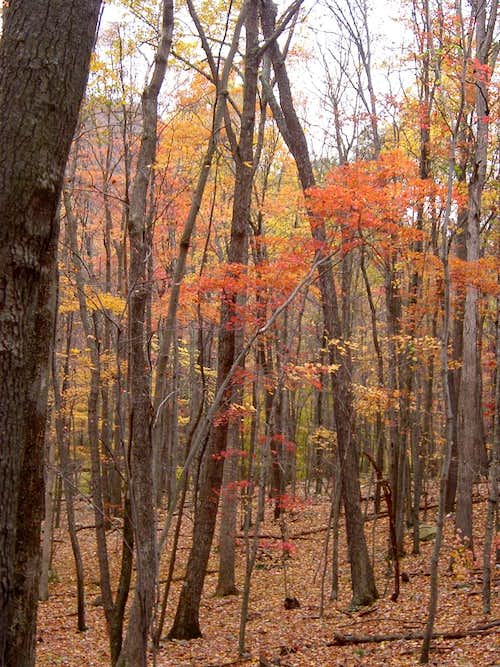 The Potomac Appalachian Trail Club maintains the Sugar Knob Cabin and the trails on Great North Mountain, and provides maps, guidebooks, and other information.