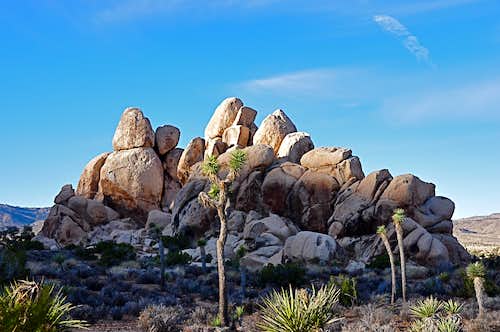 North and South Horror Rocks are two formations in the Hall of Horrors area of Joshua Tree National Park, California.

Because North and South Horror Rock formations are very close to each other, I have decided to integrate them into one page. These two formations constitute the closest rocks in a small complex of rocks that make up an area known as Hall of Horrors. Even though this area is a bit of a drive from the main climbing areas in Joshua Tree, they get plenty of attention and traffic by climbers.

I have written about one of the most popular routes in Joshua Tree called Lazy Day in the past. During the Joshua Tree peak climbing season, you would be hard pressed to find no climbers on Lazy Day and that is due to its low difficulty level. Lazy Day is located on the South Horror Rock and is highly recommended. The North and South Horror Rocks, however, have a lot more to offer than Lazy Day. Prior to the 1990s there were only half of a dozen routes on these formations. Except for one, all of the old routes followed the line of least resistance that were usually the crack systems. During the past two decades, however, many more bolted face routes have appeared on both of these formations. 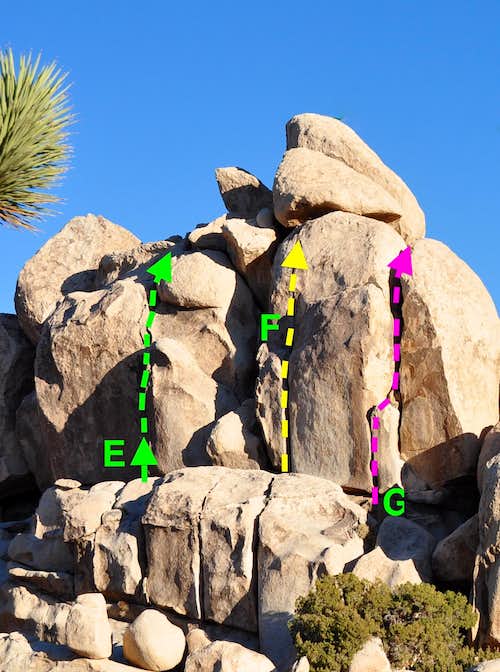 Routes of the west face of North Horror Rock 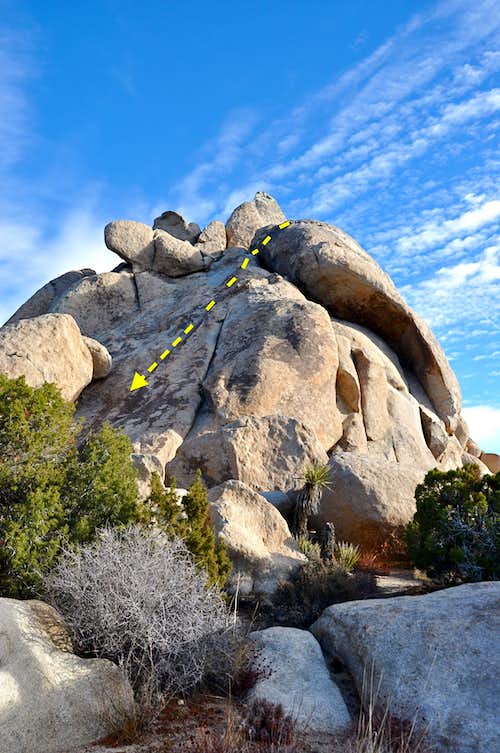 Of all of the routes established on the North and South Horror Rocks, Lazy Day, rated 5.7, remains the easiest line up either formation. On the north face of the South Rock, you will find one of the best face routes of its grade in Joshua Tree. This is Dog Day Afternoon, rated 10b. Dog Day Afternoon climbs an exposed bolted face with an intimidating initial moves. This route stays in the shade for most of the day and has its own bolted anchor. In the more recent years more bolted face routes have appeared in the vicinity of Dog Day Afternoon.

If you are a competent 5.11 climber, you will find one of the best routes of this grade on the South Horror Rock. This route is called Cactus Flower, rated 11b, and it's located just to the right of Lazy Day. You can also easily top rope the crux of Cactus Flower from the Lazy Day Anchor bolts. If you have an easy time with Cactus Flower, try the direct start to this climb. It's by far more difficult.

The North Horror Rock has had its own share of history. Most of the crack systems in this area are located on the back side, west face of the North Rock, with the exception of one route. This exception is a crack that climbs straight up a curving horizontal crack on an overhang/bulge on the south face. This route is called Grit Roof, rated 10c. The first ascent of Grit Roof goes to the late Tobin Sorenson, one of the icons of his period, 1970s. Sorenson had a colorful history, one of which was connected to this route. Not knowing if the story is true or just a fiction, I'll spare you the details.

A personal Note: On my last visit to this area I witnessed an interesting development. A team of climbers had set up a slackline between the two North and South Horror Rocks and were walking across between the two formations. Although most of the climbers in this group were walking the line with a safety leash, there was one that didn't use any safety system of any kind. The practice of walking on a chain or inch-wide webbing only two feet off the ground has seen a mind-blowing evolution. The only question that remains is, what comes next, I wonder! 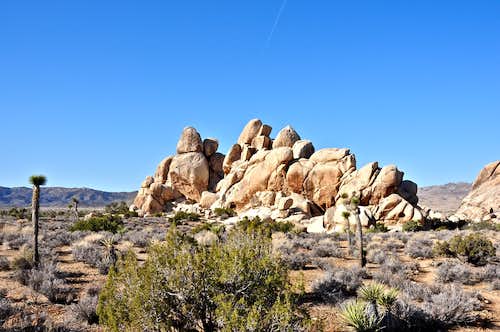 From the western entrance to Joshua Tree National Park drive on Park Boulevard, formerly known as Quail Springs Road, for about nine miles to a major rock formation called Intersection Rock. Intersection Rock is a major landmark on the north side of Quail Springs Road with ample parking for visitors and climbers alike. This rock, true to its name, sit at the cross roads to “Hidden Valley Campground”, Barker Dam Road and the road to “Day use and picnic” area. Continue driving past Intersection rock to Ryan Campground clearly marked.

Hall of Horrors is a grouping of rock formations approximately one mile northwest of the Ryan Campground turn off on Park Boulevard. Use the same parking as for Saddle Rocks. There are ample parking, bathrooms and marked trails leading to different formations. Looking in the westerly direction from the parking lot you will see several rock formations. This area is known as Hall of Horrors. The closest formations to the left, south, of the parking lot are the North and South Horror Rocks. 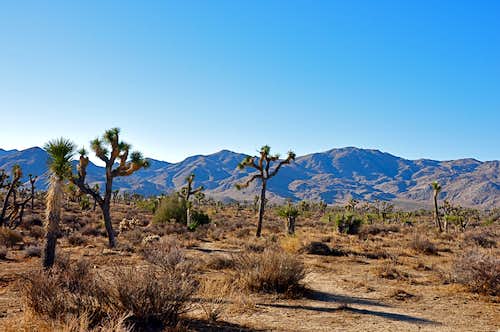 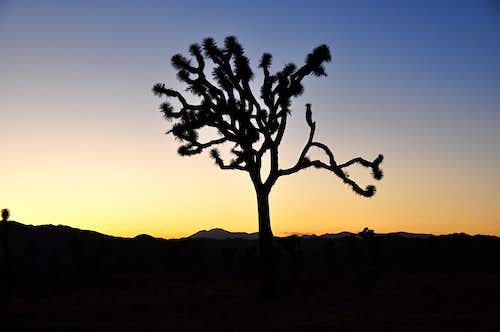