The Massanutten Mountains form a series of ridges and narrow valleys towards the southern end of the range. From east to west, the ridges are called First Mountain, Second Mountain, Third Mountain, and Fourth Mountain (not terribly creative, but still simple and effective!) The highest point on the First Mountain ridge is Hartman Knob.

Although there is a trail that can be followed most of the way to Hartman Knob, there is no trail that goes to the summit. Hartman Knob seems to be rarely visited, as there is no summit cairn or any other sign that people have ever been there. The views are not as good as those on nearby Kaylor Knob, but practicing your bushwhacking skills is a good reason to visit.

From Harrisonburg, go east on US 33. Turn left on SR 602 and follow it to SR 636. Make a left turn onto SR 636, which becomes Cub Run Road. There will be an open gate shortly after entering the George Washington National Forest. Park on the left side of the road near the gate.

The orange-blazed Massanutten South trail starts here, and follows Cub Run road for 0.2 miles. The trail branches off Cub Run Road to the left. There will be a fork in the trail after a stream crossing. Take the left fork onto an unnamed, unblazed, and officially unmaintained trail that follows an unnamed stream. The trail is actually easy to follow in the winter; I think that it gets reasonable amounts of traffic from the locals as well as the guests at the nearby Massanutten Resort.

Follow the trail for 1.9 miles; the trail makes numerous stream crossings before reaching the saddle between Hartman and Kaylor Knobs. Continue just beyond the high point on the trail and make a left turn into the woods. The bushwhacking becomes more difficult as you get closer to the ridge of First Mountain. It is possible to follow critter trails partway up, but then the bushwhack becomes B2 and then B3- on the Bushwhacking Scale.

Instead of going directly for the summit, it is probably best to go southeast about 0.3 miles up to the ridge and then about 0.1 miles northeast along the ridge to the summit. Aim for a point between the true summit and the subpeak to the south; coordinates of 38.43623 N, 78.71678 W or something close to it would be good. It would be advisable to bring a compass and topographic map or a GPS. As you bushwhack along the ridge and get closer to the summit, the ridge becomes much steeper and rockier. Bypass the rocks by going to the right of the crest of the ridge and then arrive at the summit. There are some good views to the south of the First Mountain ridge and Massanutten Peak, and more limited views of the Shenandoah Valley and the Blue Ridge Mountains to the east.

If your GPS batteries die or something else goes wrong, look to the west, and you will see the nearby Second Mountain ridge. Kaylor Knob is the highest point on Second Mountain; if you keep Kaylor Knob in front of you, it is much easier to get back to the saddle and the trail. 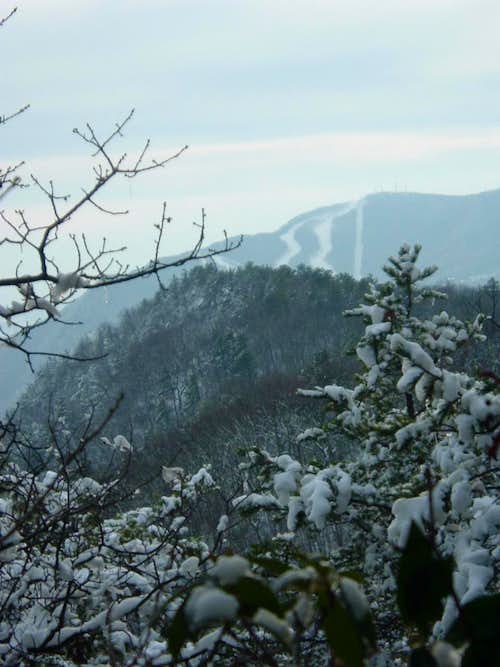 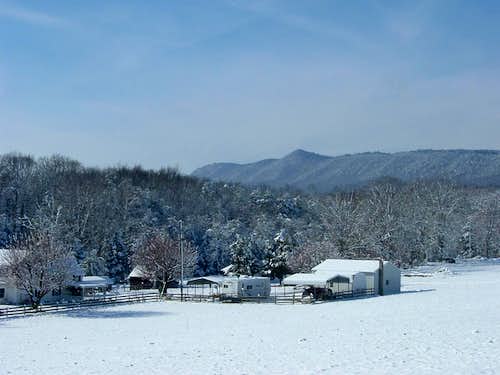 Hartman Knob from the East 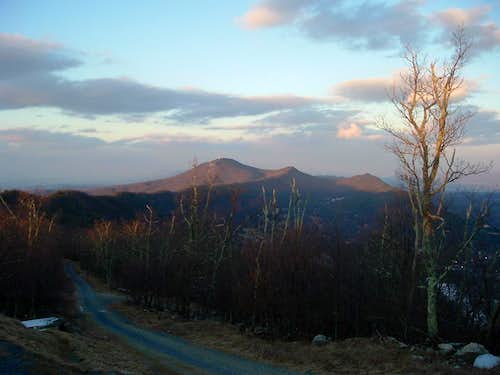 Hartman Knob from the South

Hartman Knob and the entire route to its summit are on public land in the George Washington National Forest. There are no fees or permits required. Please do not block the road.

Hartman Knob can be climbed nearly all year round. The best season to bushwhack is winter, when hostile flora and fauna are minimized. Fall colors arrive in October and November. Summer is the worst time for mosquitoes and ticks, and undergrowth is at its thickest. A summer bushwhack seems like a pretty daunting prospect.

Free camping is permitted throughout the George Washington National Forest except in the immediate vicinity of picnic areas and a few other locations, none of which are a problem at Hartman Knob. The Boone Run shelter can be reached by following the Massanutten South Trail for 0.8 miles beyond the fork with the unblazed trail. Turn onto a white-blazed trail for a little under 0.1 miles to the shelter.