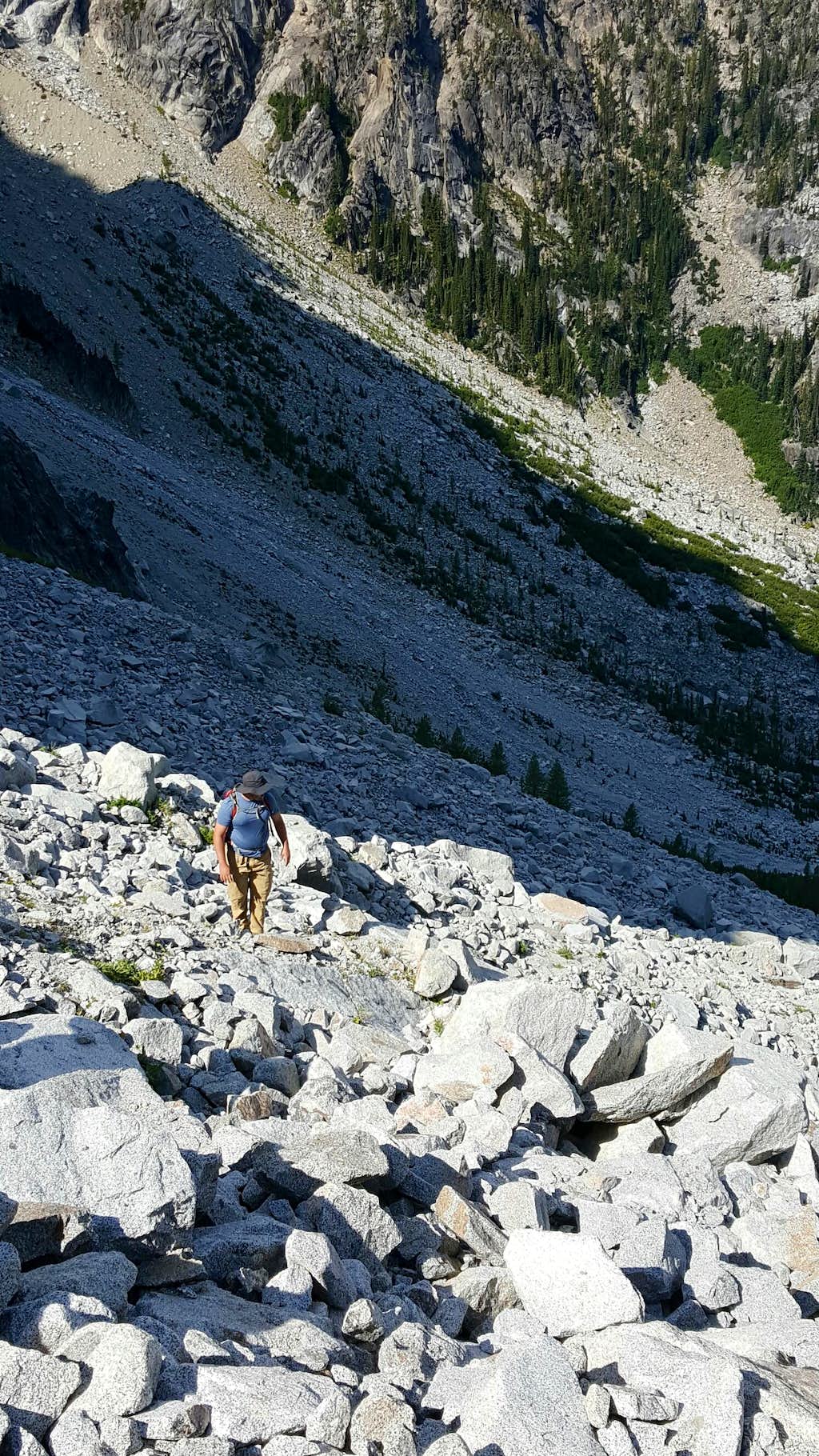 My son Andrew making his way up the boulderfield/scree. I suppose we were a bit off route, as we headed up the boulders and scree earlier than we probably should have. We cut off from the lake early and actually started heading up more towards Dragontail. We quickly realized our mistake, and then made an uncomplicated ascending traverse to the standard route up to the pass. The Enchantments Alpine Lakes Wilderness - North Cascades August 31, 2016
« PREV NEXT »