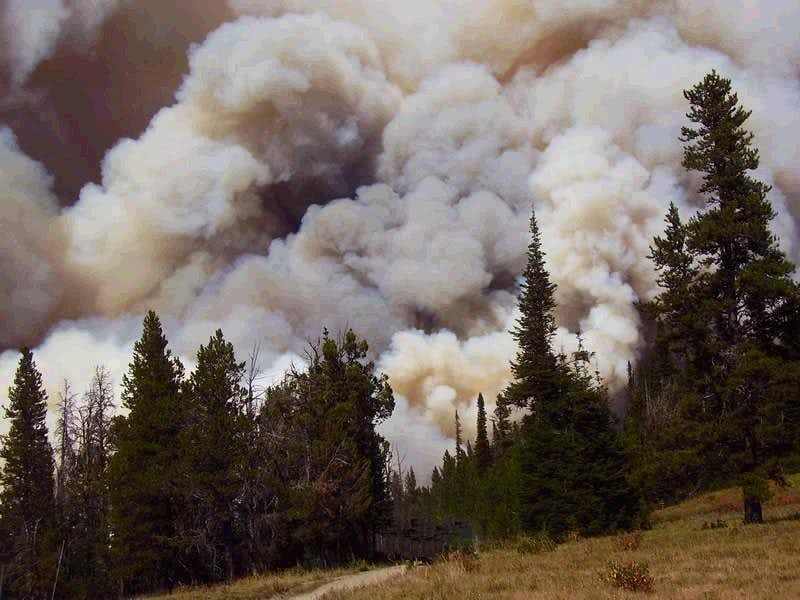 The Green Acres fire was formed by several smaller fires that blew up and grew together on Heavens Gate in the Seven Devils Mountains of Idaho. Together with some other fires in the area, they were managed as the Heavens Gate Complex that burned from late August to mid September. Photo by A. Hiebert, August 2006
« PREV NEXT »

Here we can see the power!!!
Very good!
Mike, the best to you!
Romek