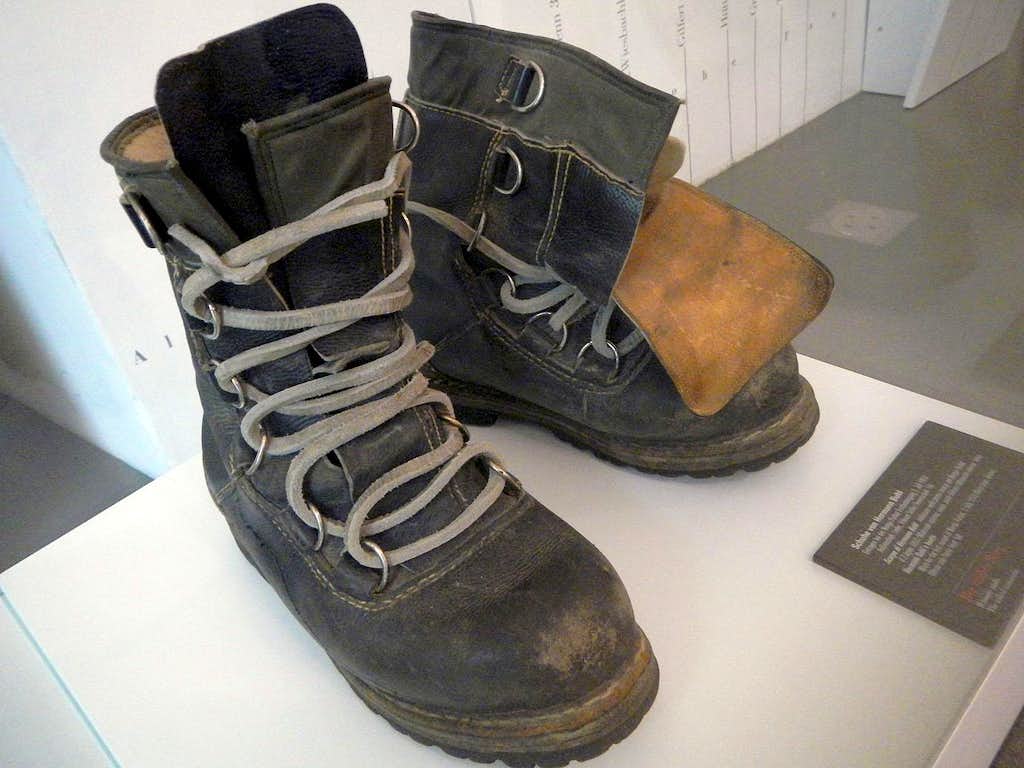 These boots were worn by Hermann Buhl during his famous first ascent of Nanga Parbat in 1953. This was the first and only solo-first-ascent of an 8000 meter peak, and without oxygen too! Buhl reached the summit late in the day and was forced to do a standing bivy at 7900 meters on a ledge until the following morning. His survival may have been assisted in part by the use of a drug called Pervitin which was a commercial methamphetamine of that era. This story has inspired generations of climbers including other legends such as Reinhold Messner. Here is a photo of Hermann Buhl wearing the boots while ascending Nanga Parbat and another one of the descent. Photographed in the climbing museum in Innsbruck Austria, April 2012.
« PREV NEXT »